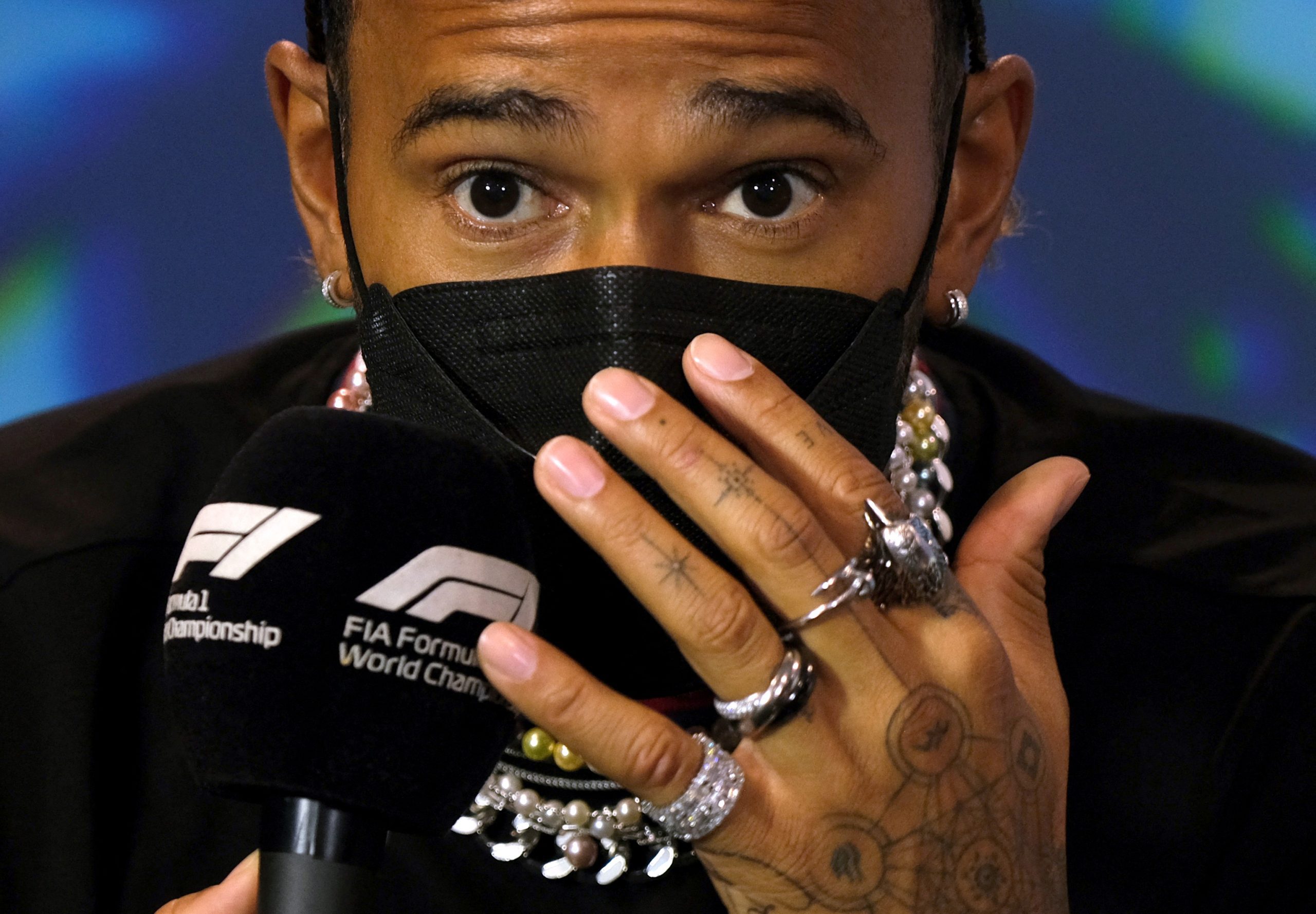 There are growing calls for Lewis Hamilton to respect the rule against racing in Formula 1 with jewellery, as the FIA reminded him, with McLaren team principal Andreas Seidl indicating that the rules should be respected or the driver shouldn’t race.

Lewis Hamilton has been most vocal in his opposition to the enforcement of the rules, and got an exemption in the last race at Miami, but there are many who are calling for him not to be treated so leniently anymore.

Seven-time world champion Hamilton has been locked in a battle with the FIA this month because he has piercings that he cannot remove easily, and with which has been racing with for years.

The organisers have given him a grace period of two races to remove the jewellery but he says he will not do so. The rule has existed for a long time but has very rarely been enforced by the FIA.

“It’s a rule that’s been in place for I don’t know how many years and if you’ve worked in other categories, it’s not even discussed,” Seidl told Motorsport-Total.

“If you don’t like to take off your jewellery or if you don’t want to put on your fireproof pants, you just don’t drive, it’s quite simple and straightforward.”

He also suggested Hamilton is receiving favourable treatment: “You can’t let people off the hook just because they are your friends, there has to be a rule for everyone.”

Grand Prix Drivers’s Association chairman Alex Wurz feels the rules exist for a reason but the FIA could have been less confrontational about it.

“It is a rule for the right reasons,” said Wurz.

“I would have probably liked a slightly different approach of how to deliver the message.

“I don’t want to end up in football where there are more hands in the air and verbal abuse, you have to work together. It’s a style I would have preferred in this case.”