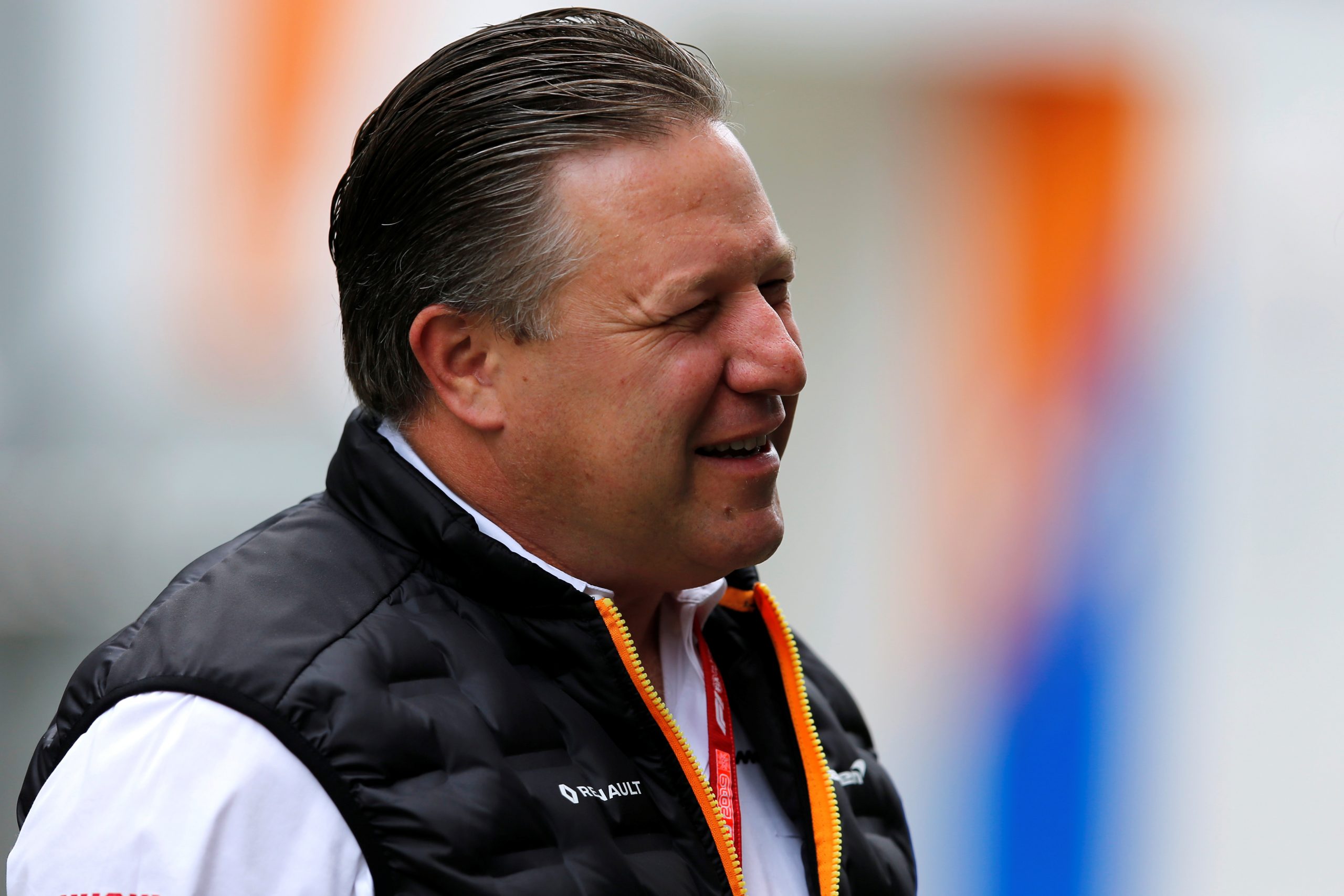 In an open letter on the official McLaren website, Zak Brown has called out certain teams, asking them to embrace the current cost cap and to stop holding the sport at gunpoint over their persistent lobbying, including the use of applying pressure tactics on their sister teams.

Brown, who took over the reigns of the McLaren F1 operation in 2018, has overseen a turnaround in the Woking outfit’s performance since their nadir in 2017, where the team finished ninth in the Constructors’ Championship. Since his arrival, McLaren have slowly climed up the order, finishing third overall in the team championship in 2020, before claiming their first win the sport since 2012 at the 2021 Italian Grand Prix.

Despite his success Brown has accused certain teams of putting their personal interests ahead of the betterment of the sport, citing it is detrimental to everyone concerned in the long run.

“The current governance structure of the sport enables a situation where some teams, to protect their own competitive advantage, are effectively holding the sport hostage from what’s best for the fans and therefore the sport at large,” Brown stated on the McLaren website.

“Some teams still look for excuses to raise the cost cap and win world championships with chequebooks. The ongoing lobbying by certain teams to increase the cost cap for sprint race damage is a continuing example. These teams continue to demand a raise to the cost cap by an inordinate amount of money, despite the clear evidence that little damage was incurred during these races last year, in a thinly veiled attempt to protect from their competitive advantage being eroded.

“These teams seem unable to accept that a budget cap is in the best interests of the sport and cannot kick their habit of spending their way to the front.”

Brown proceeded to discuss how the model of having an A team and a B team, like Red Bull and AlphaTauri, leads to an unfair competitive advantage to the organisations that can afford to support two tams.

“In addition, the threat of A and B teams has not gone away, and it is vital that the governance of the sport is strengthened to prevent this,” Brown continued.

“The regulations, as they stand today, are heavily biased towards B teams/customer teams which is not in line with F1’s principle of a group of genuine constructors competing with one another on even terms. It is diminishing what being an F1 ‘team’ means and the fabric of the sport.

“On top of this, the voting pressure placed by the A teams on their B teams is not consistent with the promotion of an equitable sport based on individual team merit. As I have said before – and these teams won’t admit to it – there are times when some smaller teams vote against their own interests to satisfy the agenda of their A team.”

Despite being locked in a close battle with Ferrari for third in the 2021 Constructors Championship, McLaren ultimately fell someway short of beating their Italian rivals. With a technical overhaul coming into effect this season, the Woking-based team should be optimistic about their chances for the year.

F1 has been a pantomime

Brown didn’t mince his words with regards to the recent controversies in F1, particularly the role of the FIA, and also hit out at the teams complaining about regulations that they themselves helped to create.

“Greater clarity on the roles of the FIA and F1 and the need for increased leadership of the sport will undoubtedly be on the agenda for Mohammed Ben Sulayem and Stefano Domenicali and their respective teams,” Brown continued.

“But now the sport has been successfully reset, moving forward there is a need to shift back to stronger, more directive leadership and governance at the top of the sport.

“It is clear that some of the rules and their governance are not acceptable as things stand. No one is happy with the inconsistency in the policing of the regulations, but which has been habitually exploited by teams for competitive advantage. I have said before that the teams have too much power and it needs to be reduced.

“Let us not forget that we, the teams, have contributed to the inconsistencies in the policing of the regulations as much as anyone. It is the teams who applied the pressure to avoid finishing races under a Safety Car at all costs. It is the teams who voted for many of the regulations they have complained about. It is the teams who have been using the broadcasting of radio messages to the race director to try to influence penalties and race outcomes, to the point where an over-excited team principal plays to the gallery and pressurises race officials. This has not been edifying for F1. At times it’s felt like a pantomime audition rather than the pinnacle of a global sport.”