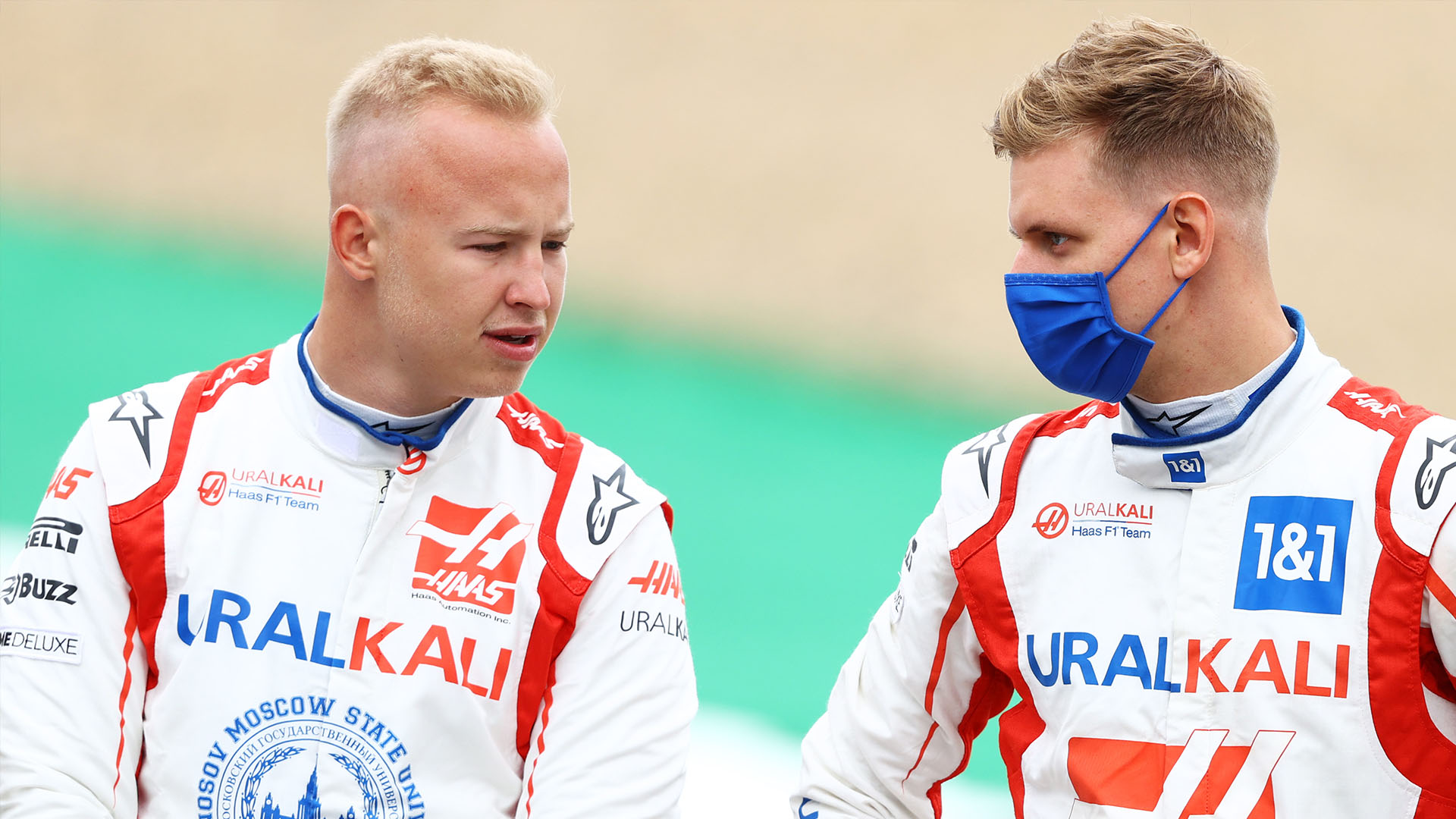 Haas Formula 1 driver Nikita Mazepin has revealed what his relationship with Mick Schumacher is like and reminisced about their time racing go-karts.

The Haas F1 team decided to opt for an all-rookie pairing for 2021 in the form of Schumacher and Mazepin. While the pair have certainly had their difficulties over the course of the year, their relationship dates back to their karting days.

“When we went karting together, he [Schumacher] wasn’t in his prime,” Mazepin told Motorsport-Total.com.

“We were in the KF3 class. I then went up as runner-up world champion, and he hung on for another year. I had the upper hand then.

Mazepin also opened up on what it was like to meet Mick’s father, and F1 legend, Michael Schumacher during their karting days.

“In karting it was all like a big family,” Mazepin explained.

“I often got together with Michael Schumacher. We didn’t talk to each other much, but of course I knew what role he played in motorsport as a whole. I am still fascinated by his great successes.”

The Russian also clarified that having an F1 legend in your corner doesn’t really give you an advantage.

“When you’re 12 or 13 years old, you don’t think about whether your father might have given you an advantage, Mick didn’t even start under his real name back then,” Mazepin stated.

During the 2021 F1 season, both Haas drivers have been critical of each other, something that Mazepin highlighted as a difference from their karting days.

“I can’t remember that we had so many problems while we were karting,” Mazepin explained.

“Back then there was a few touches, but nothing wild. Unfortunately, the differences are now so small in places 19 and 20. So you have to keep trying to celebrate small victories in direct duels in order to motivate yourself.

“We must definitely not lose motivation and give up now. The team needs two drivers who really push themselves on the track every time, regardless of the position.”