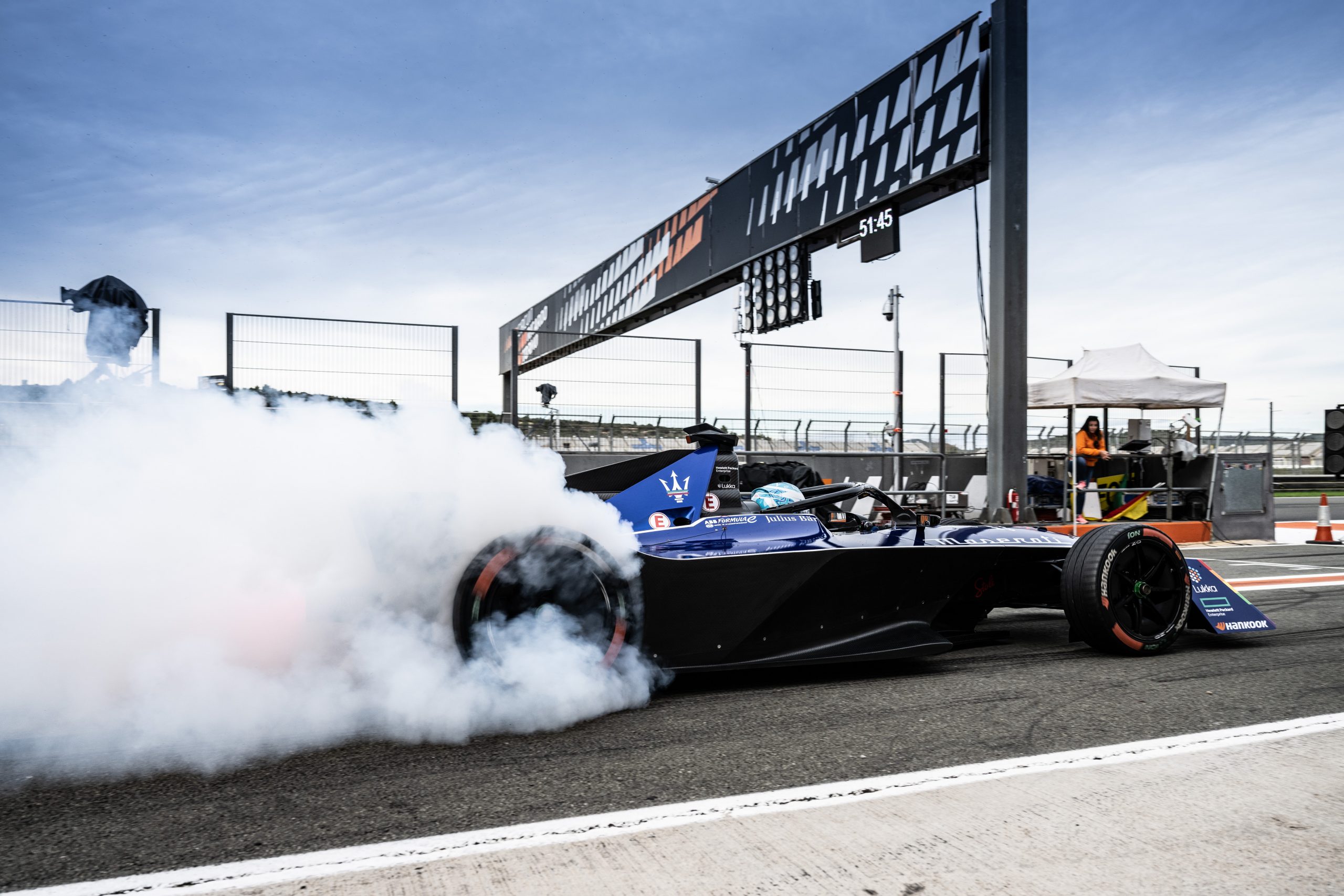 Maximilian Gunther admits he has a “good feeling” with the handling of his Maserati but played down his strong pace at the pre-season Formula E test.

Gunther was down on the leaderboard in the extra session held on Thursday, that was added due to the lack of running with the new Gen3 car, but topped the timing sheets in the mock qualifying session and has the fastest time of the week so far.

His move to Maserati was unexpected, as Nyck de Vries was set to take the seat before his move to AlphaTauri in Formula 1, but Gunther may have landed a potential race-winning spot on the grid.

“I like my new environment,” Gunther told Total-Motorsport.com. “The team is great, very professional, very structured and it gives me gives me a good feeling.

“If you don’t get the times, for sure, it’s going well, but it’s only testing and we want to be on the top when we go racing. So that’s why our focus – to do our homework, work on our testing programme, learn as much as possible about the car. That is what we did the last few days.

“We need to be as ready as possible for the season. We know there are many different kinds of tracks.

“Valencia is a very unique track so I don’t mind so much about lap times, I mind a lot more about my feeling inside the car and what we can improve.”

Pushed on whether he has a better feeling compared to his previous four seasons in Formula E, Gunther said: “For sure, but you don’t know what other people are doing on their programmes and I think we need to just focus on ourselves.

“This has always been my philosophy in the past and I think even more so now with the new Gen3 car, the learning curve is so steep for everybody. So we just need to really focus on improving all the time.

“Every time I go out, I learn more. It would be nice to gain lap time every time [I go out] but you gain understanding and I think so far we improved a lot as well on performance. in the last few days.”

Tyres has been a major talking point in Valencia as new manufacturer Hankook have made a harder tyre which has divided opinion.

The cars are sliding more but it has little effect on any tyre degradation. Instead, warming up the tyres has been an issue which will only be exacerbated when Formula E races on street circuits.

Gunther described the new era as a “really cool challenge” and suggested whoever adapts best will be towards the top of the timesheets in the opening round in Mexico City on January 14.

“The tyre is the same for everybody and it’s new for everybody,” added Gunther. “So far I have got a good feeling with it, I’m learning a lot.

“It’s just one of the items that gives you performance. There’s so many other items on the car that give you the same or more performance – mechanical setup, the software of the car, driving, race management with all the energy side, all those things.”