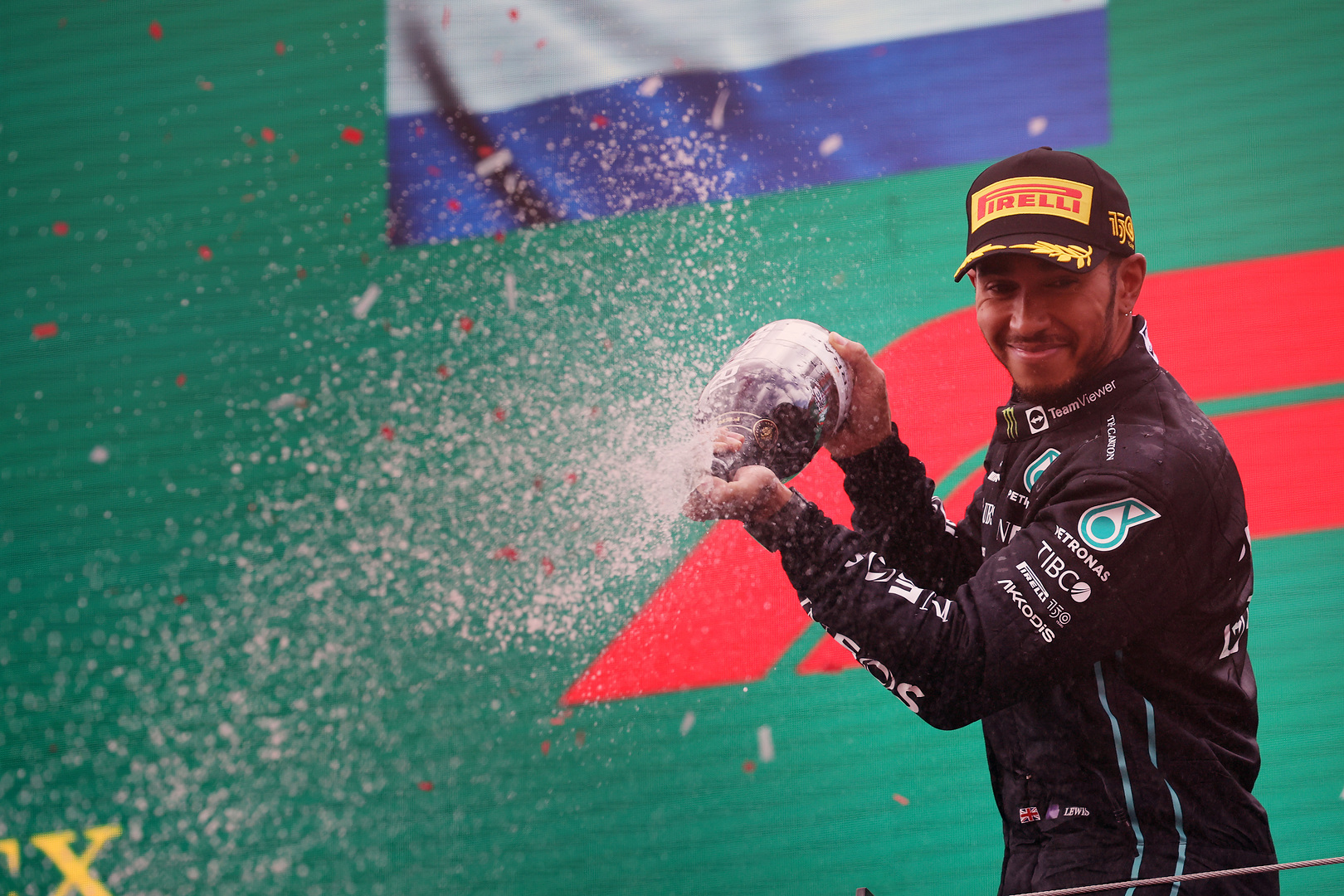 The 2022 Canadian Grand Prix was billed as a make-or-break race for Lewis Hamilton as he trailed Mercedes teammate George Russell in the Driver Standings, as well as in qualifying and race pace across the 2022 Formula 1 season.

He headed to Montreal with just two-thirds of Russell‘s points tally, 5-3 behind in the qualifying battle and most worryingly had finished behind his teammate in seven consecutive races.

But that sentiment has all but disappeared in the wake of three successive podiums whilst at the same time, with Russell beginning to lose some of his nine lives after suffering two collisions in the past two races.

Strangely enough the misfortune and subsequent results from each driver haven’t been viewed through the same prism – who could’ve predicted F1 fans would be so fickle?

But though the silverware coming Hamilton‘s way is a case of him getting the rub of the green – only once has he beaten any of the championship top four on raw pace in this spell – it’s an indication of how far the early-season ‘past it’ comments were wide of the mark.

His biggest struggle this year has been finding the limit of the car and dialling into that but the notion that all the other traits that’ve made him a seven-time world champion had deserted him was always ridiculous.

His tardiness in discovering that groove compared to Russell was a valid criticism but it was always going to be a matter of time before he made that step.

Even so, two of Russell‘s dominant stretch in the results column came as a direct result of cheap safety car pitstops whilst Hamilton would’ve likely challenged hard in Spain were it not for his first-lap collision.

After lights out in Canada he was relentless early on to get up into the top three and then had a very quiet afternoon there apart from the safety car restart.

Silverstone was just stellar from Hamilton, though he got lucky with Verstappen being out of contention for the lead, if it weren’t for the safety car following Esteban Ocon‘s late retirement he would’ve been one of, if not the favourite to take a fairytale win.

The Red Bull Ring result was particularly impressive given it’s not been a traditional stronghold for the Brit – he was delivering the same lap times as the leaders for periods of the race – and showed that at times he might be able to put pressure on Verstappen this season.

One suspects the Dutchman will be the biggest obstacle race-to-race for Hamilton reaching the top step of the podium, he’s just that good and when he’s on-song Red Bull are the best team in the business at turning that into wins.

It sounds simple but Mercedes and Ferrari have shown that’s far from reality in the last two years.

Excluding Austria, where Hamilton never set a representative time in Q3 but was quicker in the first two Friday sessions, the qualifying battle stands at five apiece.

It’ll be fascinating to see them go head-to-head on the Saturday of the 2022 French Grand Prix, where they’ll hopefully have their first dry battle since the upgrades.

There’s been a mixed bag in the wet with Russell quickest in four sessions across Canada and Silverstone, but a bold strategy error giving Hamilton the lead in both when it counted.

Both are great wet-weather drivers and their proximity on the timesheets is to be expected, but for Hamilton to ultimately deliver on both occasions is telling.

And though he might’ve been too slow to change his strategy behind Mick Schumacher in the Austrian GP Sprint race, his stunning second-sector overtake of the German in the Grand Prix itself showed he’s lost none of his nous or daring wheel-to-wheel expertise.

Where this leaves Mercedes

This is now Hamilton’s longest win drought of his career and Silverstone was a gilt-edged chance to take his first victory of the season, but the Silver Arrows have seen a marked improvement since the huge upgrade package they brought to the 2022 British Grand Prix.

They at least seem to have definitively distanced themselves from the rest of the field behind Red Bull and Ferrari.

At the start of the 2022 season it seemed inconceivable that a podium would be a disappointing result for Mercedes, whilst at Austria it looked like they could be involved in the pole position battle until both cars crashed out.

And the gap from Mercedes to the frontrunners can now be counted in tenths rather than seconds.

If this improvement continues then they’ll begin to become genuine players for at the very front of races, and a track like Suzuka seems a big opportunity based on Silverstone.

We’ve seen this kind of turnaround from Red Bull in the past, with Verstappen coming good as seasons have come to an end, taking five wins during the last quarter of the season, between 2017 and 2020.

Whether Hamilton or Russell can take a similar opportunity when it arises remains to be seen, but based on the last three races make it seems much more likely that situation is a when rather than an if.