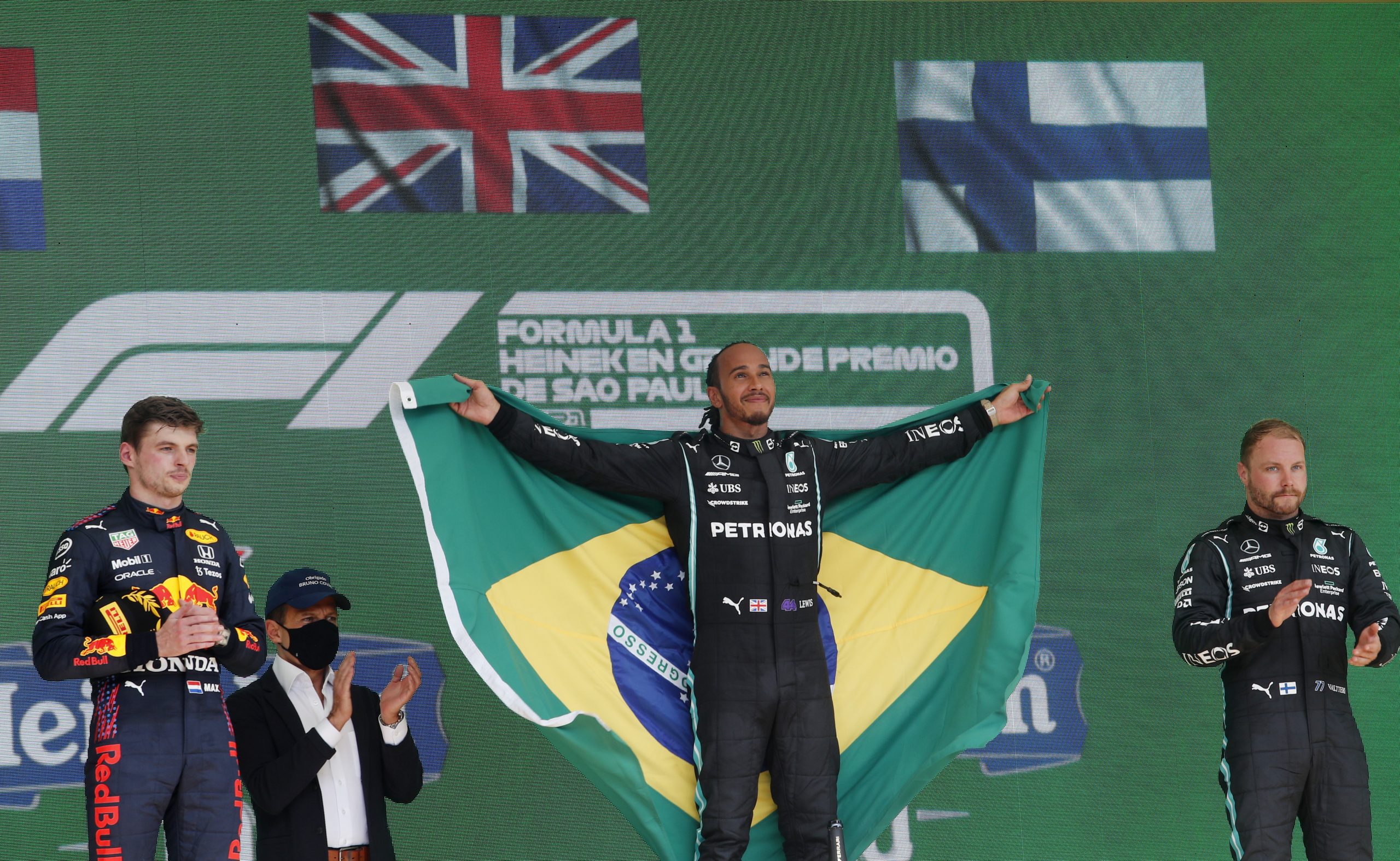 Lewis Hamilton has been made an honorary citizen of Brazil after a bill was passed on Parliament on Thursday.

The decision was proposed by congressman Andre Figueiredo after last year’s Brazilian Grand Prix when Hamilton won with a stunning drive to the delight of the Sao Paulo crowd and celebrated by waving the Brazilian flag during his celebrations.

Hamilton has spoken about his love for Brazil during his career in Formula 1, often referencing Ayrton Senna who he saw as an idol when growing up.

“I want to spend more time here in Brazil,” Hamilton said earlier this year. “It is such a beautiful culture. I’ve only been to Rio and Sao Paulo, but I want to come back for Christmas, New Year or something.

A solemn session will take place to deliver the Hamilton the honorary citizenship, with a date yet to be announced.

In 2008, Hamilton stole the world championship from Mazza on the last lap of the final race by overtaking Timo Glock to the agony of the home crowd at the Brazilian GP.

However, Hamilton‘s love for Senna, which he has showed for most of his career by wearing a yellow helmet in tribute to the three-time world champion, is appreciated by Brazil.

Last year’s Brazilian GP got the country fully on board with Hamilton as he produced one of his best performances in F1.

Having been disqualified from qualifying on Friday, he stormed up the field to finish fifth in Saturday’s sprint race, before winning the Grand Prix from 10th after a hard-fought battle with Max Verstappen.

Congressman Jhonatan de Jesus of the Republicans party says Hamilton has a “deep and strongly emotional” relationship with Brazil and the tribute was well-deserved.

“His gestures add to his indisputable sporting merit,” Jesus said in a report. “His public positions in support of relevant issues such as the environment, animal rights, black people, women and human rights must also be remembered and highlighted.”