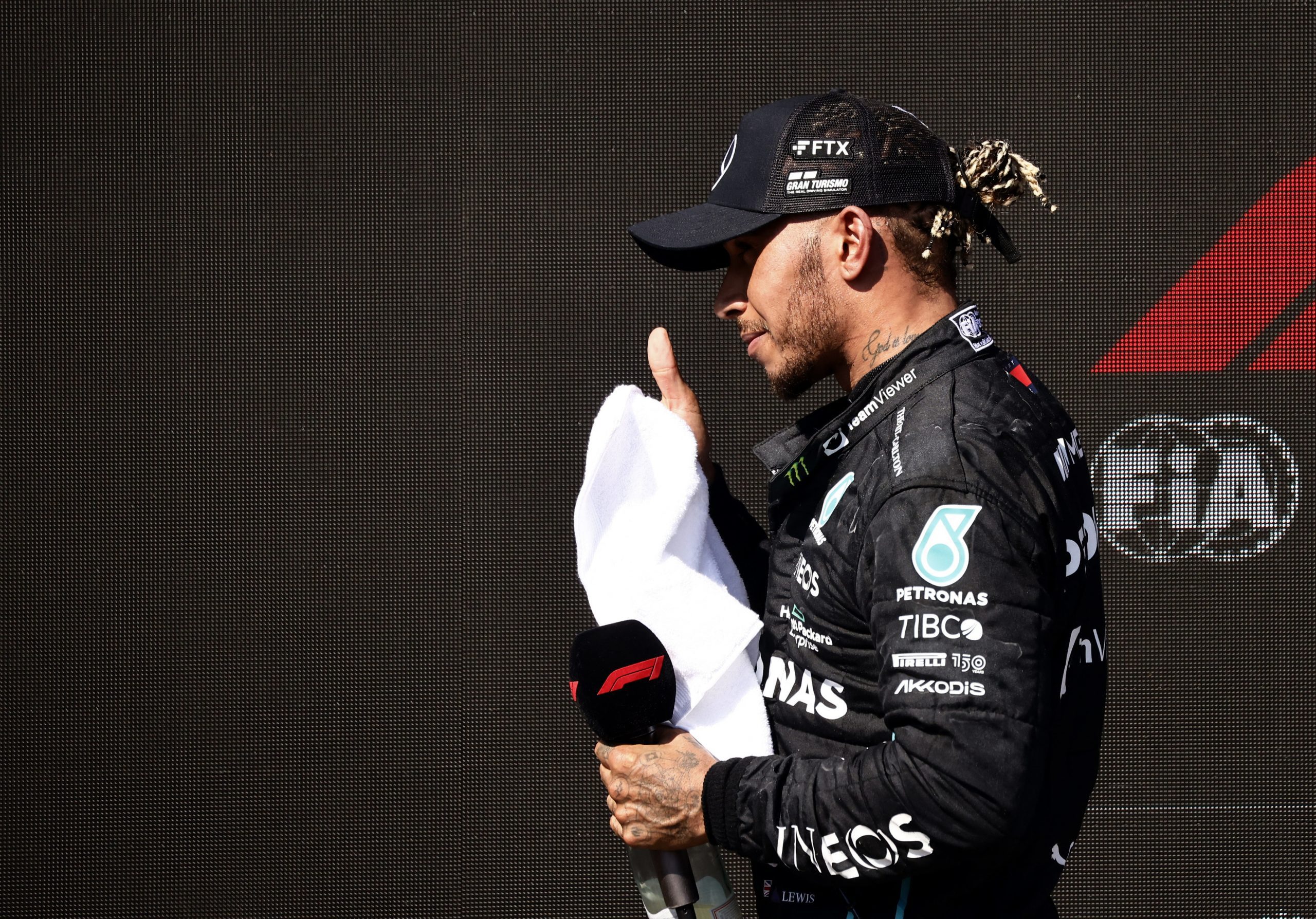 Lewis Hamilton has hailed Mercedes’ first double podium of the 2022 Formula 1 season at the French Grand Prix, with the Silver Arrows only finishing behind race winner Max Verstappen.

After starting fourth on the grid, Hamilton immediately got the jump on Sergio Perez in the second Red Bull, and consolidated third position before Charles Leclerc’s crash moved him into second.

“I think collectively as a team,” Hamilton told the press. “whilst we didn’t have the pace of the leading cars, this is an incredible result for us for George and I to be here, George, the great job today as well.

“This is progress, even though we’re not necessarily closing the gap, as such, in actual qualifying performance. But this is great points for us.

“We’re just gonna keep pushing them on every weekend. We’re hoping that we’re gonna get a little bit closer.

“This weekend, we somehow weren’t as close as we hoped. But he was only 10 seconds up the road. So that’s a positive.”

Despite not having the pace to catch Max Verstappen in one Red Bull, both Hamilton and Russell were able to pass Sergio Perez in the sister Red Bull on track.

“At the beginning, keeping them behind was definitely tough,” Hamilton continued.

“Given their [Red Bull’s] straight line speed was just impressive, so having to try and keep them out of the DRS zone was really the trick and then just tyre usage I think was probably key today.

“I definitely don’t think George and I expected to be second and third. This is the highest we came all year. So this, this is a huge day for me overall.”

Hamilton leaves France just 16 points behind Mercedes teammate Russell in the Driver Standings with once race to go, in Hungary, before F1’s summer break.

“We’re slowly getting there,” Hamilton said.

“But who knows, maybe one big leap will come at some stage and we’re right there.”