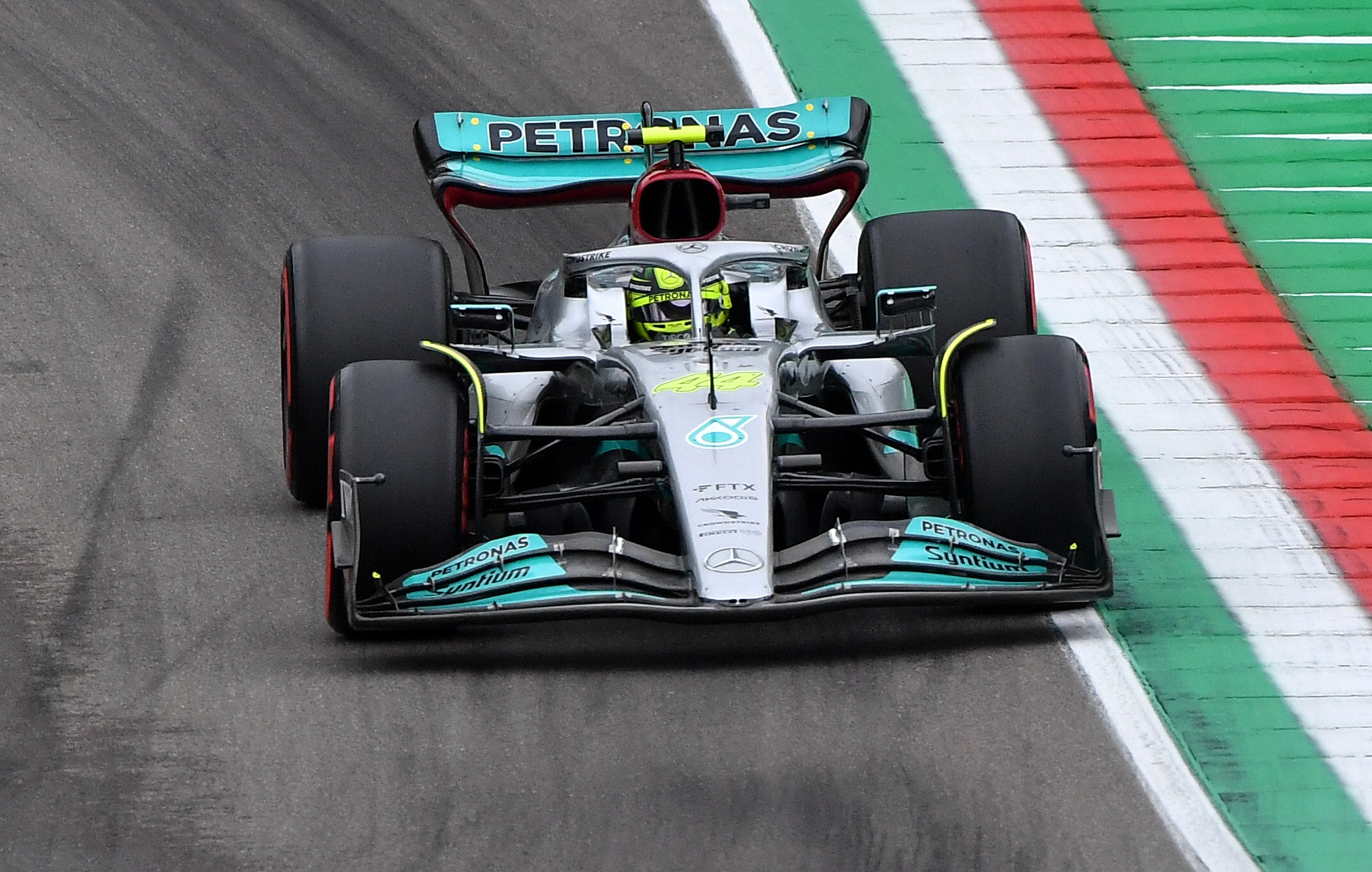 Mercedes endured yet another awful qualifying session on Friday afternoon at the 2022 Emilia Romagna Grand Prix, with neither of the German team’s drivers getting beyond Q2, leaving Sir Lewis Hamilton to bemoan the team’s lack of competitiveness.

Both Hamilton and George Russell only just scraped out of Q1 at Imola after a session in which the car’s porpoising problems reared their head once more.

“How far off are we, man? This is crazy,” Hamilton asked over his team radio.

Then after the session a glum Hamilton continued: “You come here with optimism – you know everyone is working really hard at the factory, and when things just don’t come together, it is disappointing.

“We underperformed as a team today. There are things we should have done which we did not do but we will work as hard as we can to move up in the Sprint race. Hopefully tomorrow is better weather wise and we can move forward.

“We will just keep working hard, but each weekend is a rescue [effort].”

Mercedes aware of the problems

“We had George bouncing so much that he actually broke the stay on the floor,” Toto Wolff confirmed to Sky Sports F1.

“You can’t drive on the straight, you have to lift on the straight. They are trained, but I’ve never experienced bouncing like this in my life, it’s clearly not drivable.”

Hamilton and Wolff in heated exchange

It’s natural that tensions are running high in the Mercedes garage, especially with Hamilton such a born competitor, and it appeared as though his frustration came to a head with a heated exchange with Wolff in the garage.

The F1 cameras appeared to pick up Hamilton and his boss engaging in spirited debate as Q2 progressed without either Hamilton or Russell getting back into their cars after a red flag.

What was being said wasn’t made clear, as Hamilton declined to reveal what the discussion was about.

“It was all internal stuff,” said Hamilton. “I do not want to share what was said.”