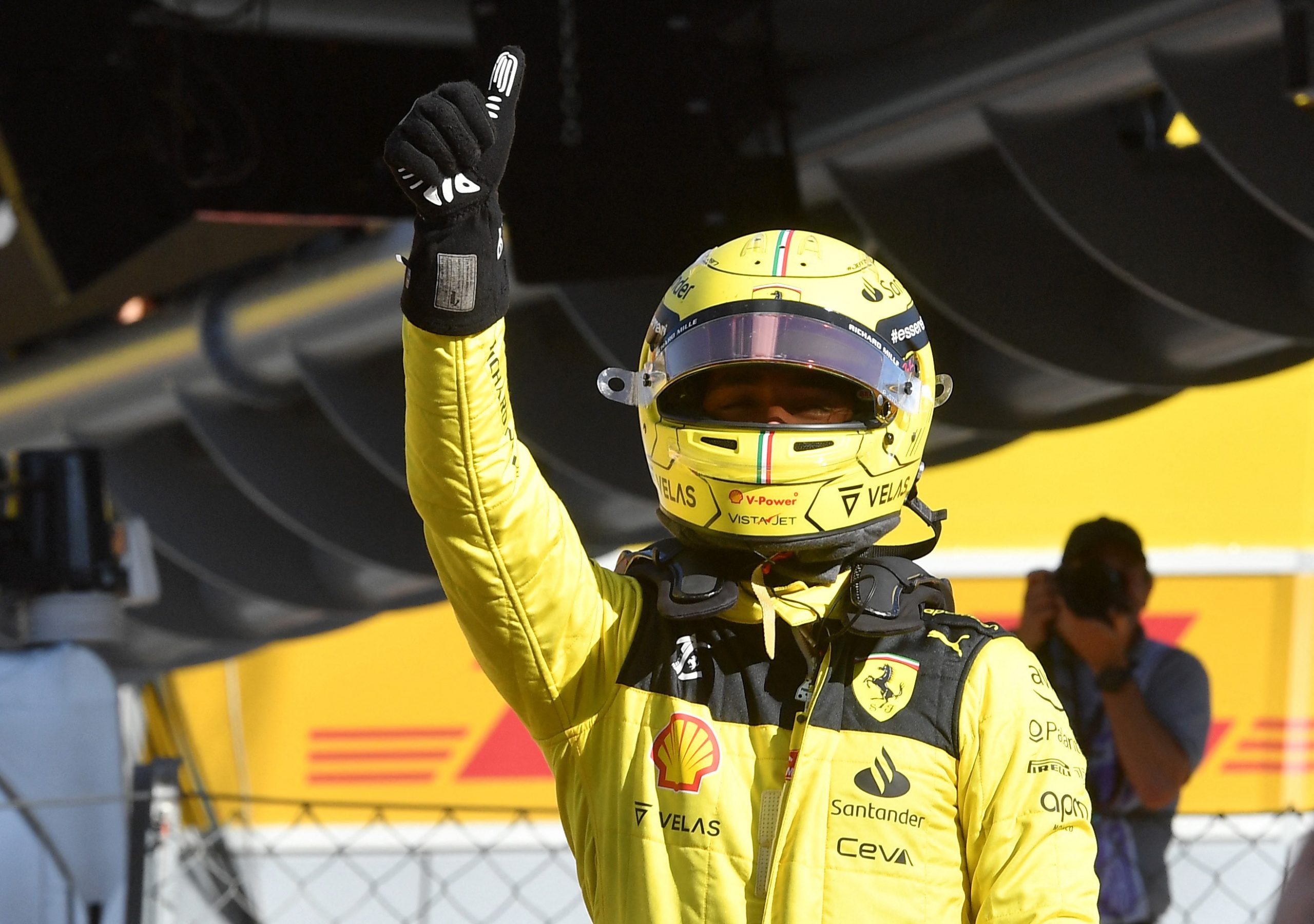 Ferrari Formula 1 star Charles Leclerc claimed pole position for this weekend’s Italian Grand Prix. Red Bull’s Max Verstappen finished second with Leclerc’s teammate Sainz in third. However both drivers will incur penalties with Verstappen dropping down to seventh and Sainz starting from the back of the grid.

Sergio Perez claimed fourth and Lewis Hamilton fifth but like the drivers in front of them, will drop down the order. This means Mercedes’ George Russell, who qualified sixth, will start second, with McLaren’s Lando Norris being promoted to third.

Q3: Leclerc gives the Tifosi a reason to celebrate

The final part of qualifying saw all 10 cars come out onto the circuit almost immediately after the put lane opened. The complication of gaining a slip stream advantage saw the drivers pay closer attention to their track position with several drivers trying to find the optimum position.

As the drivers set their opening lap time it was Sainz and Leclerc who led the time sheets with Verstappen third and Perez fourth. With several penalties to come, the advantage was with the Monegasque driver with Sainz, Perez and Verstappen all taking penalties.

As the drivers went out for their final runs, it was Leclerc who set the fastest lap of the session with the Monegasque sending the Tifosi into a rapture. He would be followed by Verstappen and Sainz rounded up the top three.

However with a flurry of penalties to come it will be Russell and Norris who will start behind the Ferrari driver.

The second part of qualifying saw the Red Bull pair of Verstappen and Perez get things underway, Verstappen would lead his teammate before Sainz went quickest of all with a 1.20.878.

Meanwhile Sainz’s teammate Lelcerc looked on course to set the fastest time of the session so far before making a mistake as the Ascari chicane, which meant he could only go second .330 of a second slower than his teammate.

With five minutes of Q2 left, Yuki Tsunoda was the only driver yet to set a laptime with the two Alfa Romeo drivers, Ricciardo and De Vries the other drivers in the dropzone. Would two minutes left, Tsunoda’s session would come to an end with the Japanse driver opting not to set a lap time.

In total there were ten cars out on the circuit with the Ferraris and Red Bulls joining Tsunoda in staying in the pits.

Willaims’ Nyck De Vries would qualify 13th after making a mistake and locking up his rear, the Dutchman would be joined by Esteban Ocon in 11th, Valtteri Bottas in 12th, Zhou Guanyu in 14th and Tsunoda in 15th in exiting the session.

Aston Martin’s Lance Stroll got things underway as a bright and sunny day greeted the drivers as they made their way out for qualifying. The Canadian driver’s lap time of 1.24.231 would quickly be displaced by AlphaTauri’s Tsunoda and Haas’ Kevin Magnussen and Mick Schumacher.

However as the front runners made their first runs of the session, it was Leclerc who hit the top of the time sheets, with Sainz and Verstappen settling it second and third. Formula 1 debutant De Vries was making full use of Williams’ straight line advantage with the Dutchman going eighth fastest at the eight-minute mark.

As the sessions hit the two-minute mark, several cars made their way onto the circuit with the drivers all jostling around for a slipstream.

However in the end it would be Nicholas Latifi, Sebastian Vettel, Stroll, Magnussen and Schumacher who would drop out of the session.