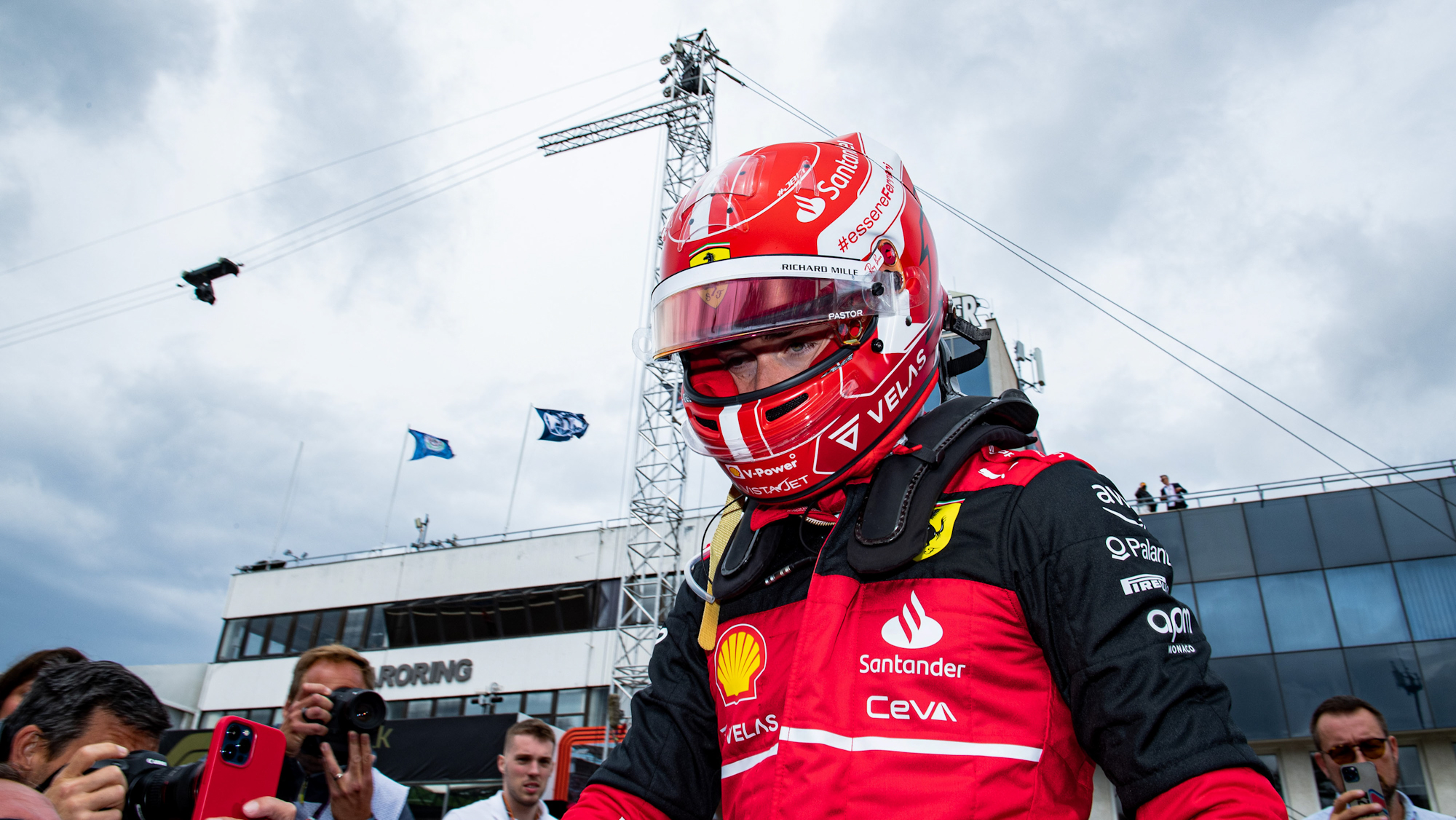 Charles Leclerc was left to rue another Ferrari strategy error that cost him a chance of victory at the 2022 Hungarian Grand Prix.

The Monegasque looked to be cruising to a much-needed win at the Hungaroring when he passed George Russell for the lead on Lap 31, only to plummet down the order and finish sixth after a disastrous stint on the unfancied hard tyres.

Asked for his reaction to another deflating result, Leclerc said: “We need to speak with the team and understand the thought behind putting the hard tyre on because I felt very strong on the medium. Everything was under control and for some reason, I don’t know why, we need to go on to hard.

“I said on the radio that I was very comfortable with the medium and that I wanted to go as long as possible with those because the feeling was good, but I don’t know why we took a different decision.”

Leclerc started third but quickly showed he had the beating of Carlos Sainz in the sister Ferrari. Such was his pace, he pulled off the overcut on his teammate before chasing down Russell up front.

At that point, it looked like the Scuderia would leave Budapest having made a dent into their deficits in both championships, but a calamitous second half of the race allowed Red Bull and Verstappen to extend their advantage at the top.

It was just the latest apparent blunder for Ferrari in a season that has been blighted by costly mishaps and driver errors.

In the end, Leclerc was forced to pit again and cut his losses, before limping to the finish outside of the top five in arguably the fastest race-day package.

“Honestly the pace on my side, I was pretty happy,” Leclerc continued. “The only thing is that obviously everybody will remember the last part of the race where it was a disaster for me, especially the hards – that’s where I lost the race.

“Basically, I lost 20 seconds with a pit and another maybe six seconds in five laps on the hard because I was just all over the place with this tyre. And yeah, that’s where we lost our race.

“We’ll speak about that, obviously, inside the team and then try to get better.”