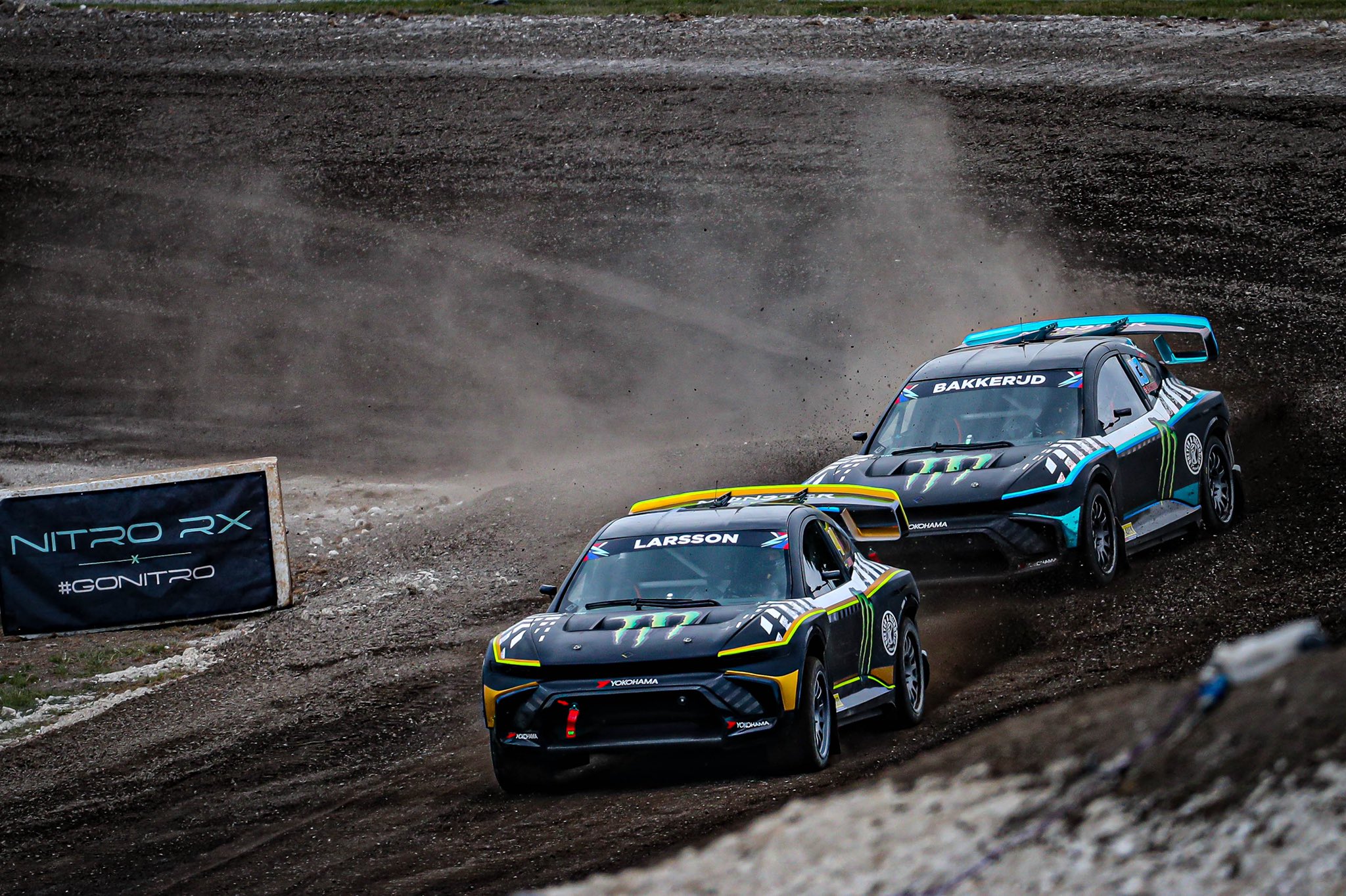 Travis Pastrana’s Nitro Rallycross World Tour got off to an entertaining start at the iconic Lydden Hill circuit as Robin Larsson secured the first win of the electric series.

Over the course of two sun-drenched days in England the drivers battled on the revamped track, modified to include a steep banked corner and hair-raising jump, with Monster Energy RX Cartel driver Larsson getting the best of the pack in Sunday’s Group E final to take top spot on the podium.

The result marked a 1-2 finish for the Monster Energy team, with Andreas Bakkerud coming home in second after a chaotic final race that saw Pastrana get a flying start off the line before an incident on the exit of Turn 1 turned the race on its head.

Pastrana shot off the line and was able to get on the outside of the pack around the first corner, but on rejoining the racing line he collided with Jamaican driver Fraser McConnell, while Ole Christian Veiby and former WRC driver Kris Meeke both ended up sustaining front damage.

Meeke was forced to retire from the race due to the damage, with Larsson ultimately getting the better of his duel with Bakkerud to take the win.

“I ran out of talent”

The early incident proved costly for series founder and rally star Pastrana, who brought his Vermont Sports Car FC1-X over the line in 7th behind Veiby and Oliver Eriksson.

“The difference between bravery and stupidity is the outcome. And today I was stupid,” Pastrana told Total-Motorsport.com.

“I had the best start I’ve had, and was on the outside of Meeke, three wide in the first turn, and I thought I can’t really brake now I’ll end up just hitting people behind me.

“So I went for it and thought I could keep jumping in front. I ran out of talent, and unfortunately, steering angle as well. And by the time I realised it wasn’t gonna work. It was too late. And I was coming back down the track.”

The final spot on the podium went to Olsbergs MSE’s Niclas Gronholm, who was a late entry as a replacement and only flew into England on the night before the race, while McConnell came home in third.

In the supporting Supercars class, McConnell was able to make amends for missing out on the Group E podium with a victory, ahead of Yuri Belevskiy and Patrick O’Donovan.