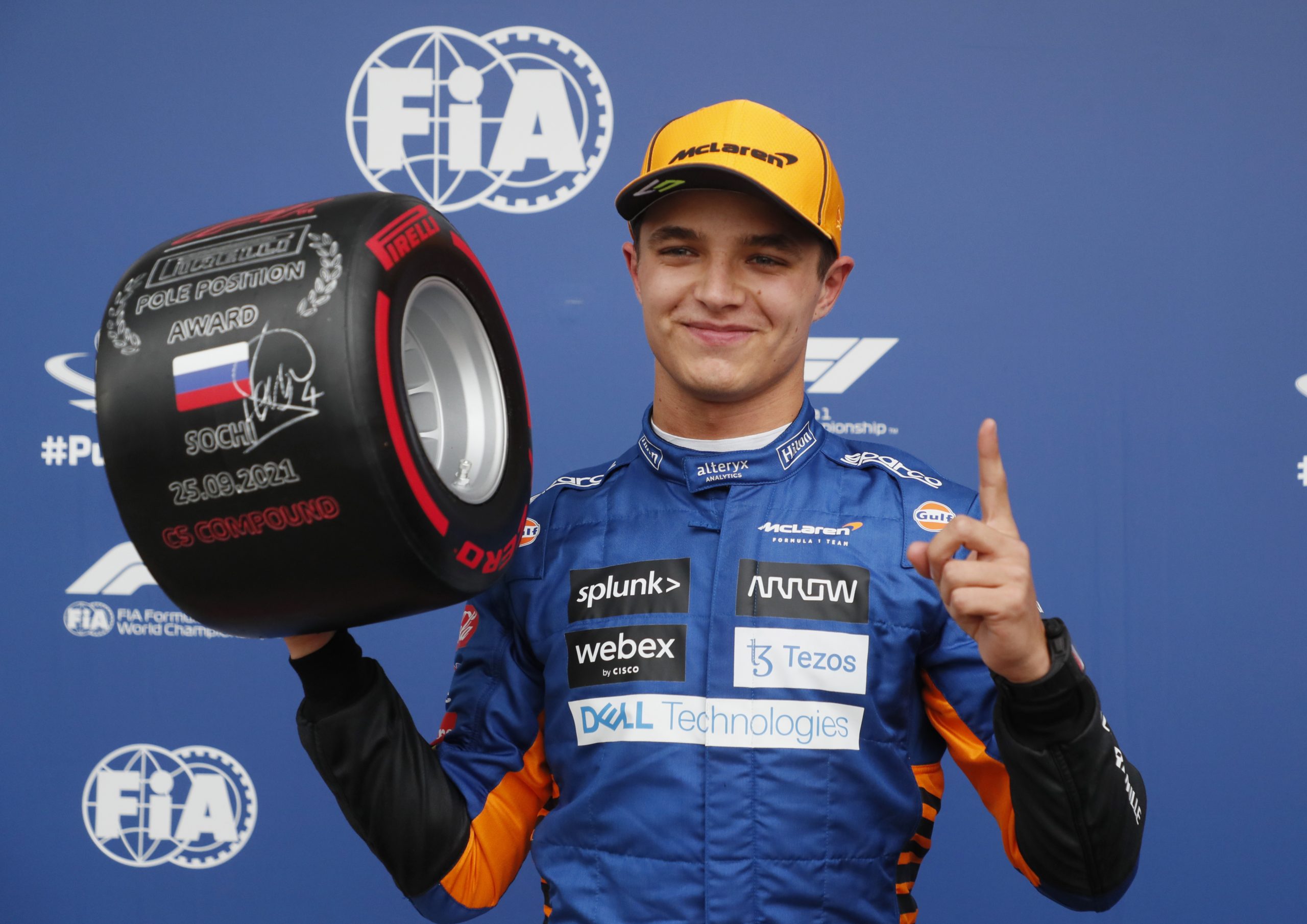 Lando Norris had a breakthrough season in 2021, stunning teammate Daniel Ricciardo with a run of outstanding performances which often grabbed the Formula 1 headlines.

The consensus was for Ricciardo to lead McLaren and have the upper hand over Norris, but it quickly became clear that the Australian was struggling.

Whilst Ricciardo largely failed to get to grips with the car, Norris was driving incredibly well to lay a big mark on F1.

Ricciardo’s poor performances mean it’s difficult to fully say whether Norris has the credentials to become a champion in F1.

However, his consistency across the season is the biggest indicator that the 2017 European Formula 3 champion could be the driver to end McLaren’s wait for a title, which dates back to Lewis Hamilton in 2008.

Bringing your A-game every weekend in any sport is difficult, let alone in F1 where there are thousands of factors which can ruin your day.

Norris found a way to build up his confidence through practice, before finding the limit and maximising the performance of the car when it matters most in qualifying and the race.

Meanwhile, Ricciardo wasn’t able to attack the corners and his limit was significantly lower than Norris’.

Another key quality in Norris’ bank is his lack of mistakes. Compared to Max Verstappen’s or Charles Leclerc’s first three seasons in F1, Norris has made very few errors.

He’s matured at a great rate compared to some of his younger rivals and this bodes well for McLaren.

What does Norris’ new contract tell us?

In early February, Norris agreed a new deal with McLaren to stay with the team until 2025.
The British driver says it was a natural decision, as he feels at home at McLaren.

“I’m in a good position heading into this year to build on the successes of 2021,” said Norris in a press release.

“I’ve grown up alongside McLaren and I’m really delighted to have recently confirmed my long-term future with the team. Together, I’m looking forward to finding out what we can achieve, and I’ll be working hard to maximise any opportunities that come our way.”

There will almost certainly be release clauses on Norris’ contract which will enable him to leave should McLaren underperform.

McLaren are the big winners here as other teams, as Norris has alluded to, would happily sign him given his sudden rise in the stock market.

Prior to 2021, the 22-year-old had yet to really prove himself, but he has now and the next big step to make is whether he can live up to his new expectations.

Are Norris’ outstanding performances a surprise?

Norris‘ talent has been evident since he started his racing career, it’s just taken him a slightly longer than expected to shine in F1.

One of his best achievements was his dominant title-winning campaign in European F3 for Carlin. To date, Norris remains the only non-Prema driver to win the F3 championship.

Norris‘ naturally likeable personality to get a team on side and to back himself in whatever machinery he is in has elevated him to a place where he will now truly believe he can mix it with the very best in F1.

There were some doubts when Carlos Sainz had the edge over Norris during their two seasons together as teammates.

Even then, Norris learned a lot from Sainz, who has gone on to seriously impress against Leclerc at Ferrari.

With a stability in the McLaren team management, led by CEO Zak Brown and team principal Andreas Seidl, Norris is in the perfect place for the next three years of his F1 career.

Should, and when, Norris wins his maiden F1 race, there’s no reason why a World Championship won’t follow soon after.

Mika Hakkinen is a fine example of this. He won his first Grand Prix at the 1997 European GP, which was nearly seven years after making his F1 debut. Twelve months later, he won his first of two titles.

Hakkinen is one of McLaren’s most iconic drivers, and Norris will have a golden opportunity to follow in the Finn’s footsteps in what is set to be a very exciting time at the team.