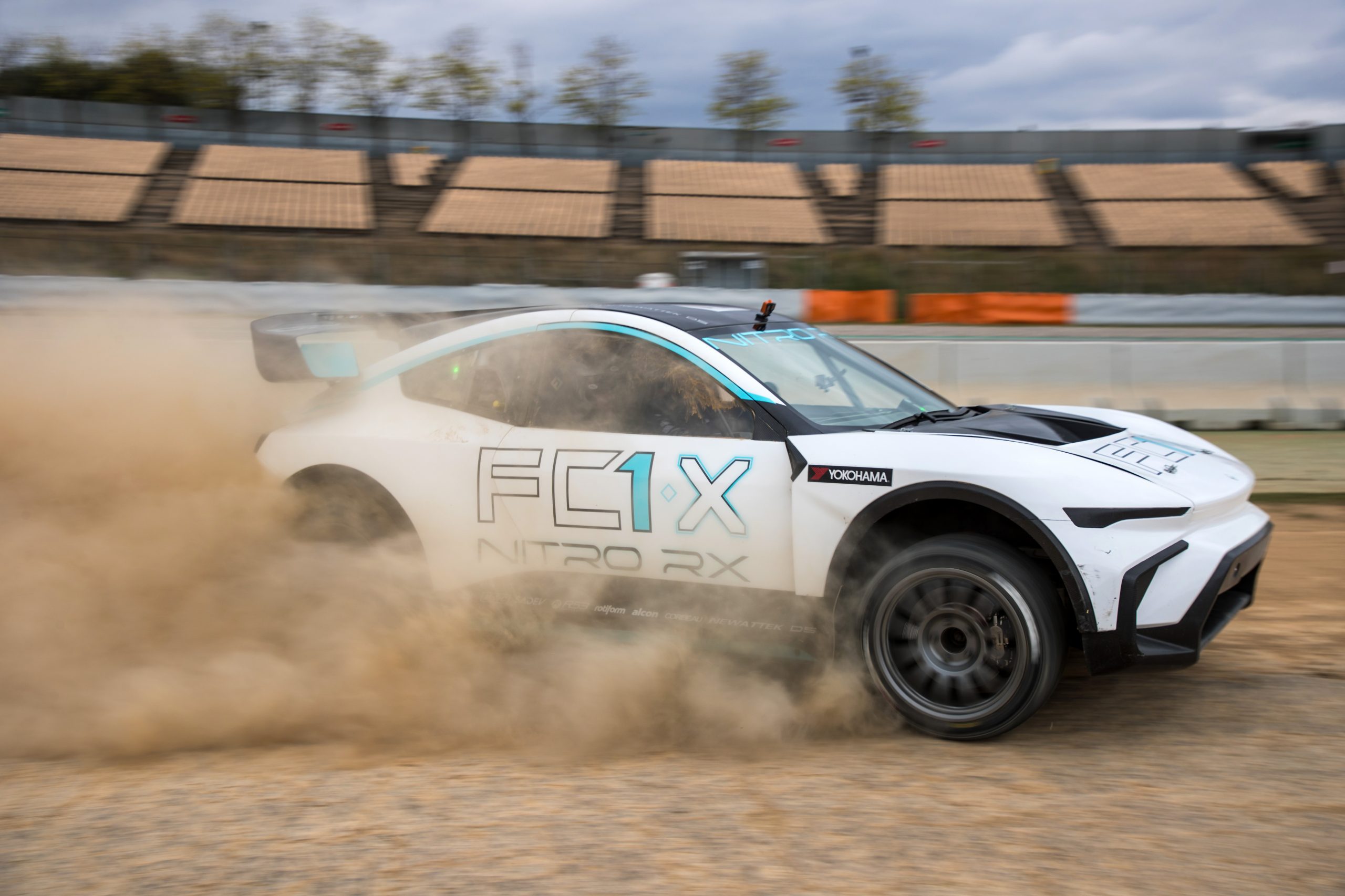 Five-time WRC winner Kris Meeke believes rallycross is the perfect fit for electric vehicles in motorsport, having shown a keen interest in the Nitro Rallycross championship which is introducing a game-changing electric car this year.

Meeke, who has spent his whole career in rallying, was at the Nitro RX test day at the Circuit de Barcelona-Catalunya in April and drove the new 800kW FC1-X car

“Obviously we all know about the technology of the car world and it’s all moving down this road with electric vehicles (EV),” Meeke exclusively told Total-Motorsport.com.

“For me, the perfect sport for EV has always been rallycross, as it has short, sharp racing, excitement.

“With these motors now you can provide so many kilowatts. I’ve always kept an eye on all types of motorsport. Nitro RX and Travis [Pastrana] and what the guys do with the marketing element of it, they all seem to have their head screwed on, they know how to approach it.”

Projekt E was the first electric rallycross series, as part of a support programme to the World Rallycross Championship, but that only lasted one season in 2020.

Nitro RX‘s inaugural season saw a unique set of tracks with huge jumps, banked turns and corners which allowed for different racing lines to be taken, so you would often see the drivers trading paint.

We can expect the same with the new Group E class which will become the top tier in Nitro RX this year, with the first round taking place at Lydden Hill in England on June 18-19.

“People have tried over the last few years to implement this but Nitro RX seems to be one concerted effort to make it happen,” continued Meeke. “It’s the perfect sport to allow your car with over 800 kilowatts to go five laps, full action, door to door.

“For sure the car is a bit heavier, but when you’ve got that amount of horsepower, it more than compensates it.”

What’s next for Kris Meeke

Meeke last competed in the WRC in 2019 and has been competing in one-off events since then, including the Dakar Rally in 2021 when he was a late replacement for Toyota‘s Giniel de Villiers in the T3 class.

The Northern Irishman has also been testing Skoda‘s next generation Fabia Rally2 but revealed his top level rallying days are a thing of the past.

“My time in top level rallying is done,” said Meeke. “I’ve done my bit and am looking to move on. Certainly one of the sports that is most closely related to rallying is rallycross.

“Nitro RX could be something interesting but I’m not committed to anything at the moment. It’s the very first steps of a new series so obviously, you can’t say what the future is going to be.

“But I think it’s definitely going go this direction and the car certainly looks to have all the right bits on it.”

Meeke, who has competed in a one-off rallycross event at Loheac in 2012, has a family and turns 43 years old this year.

Despite his age, he’s still looking towards the future and is excited about what the next 18 months may bring.

“My career has been a roller coaster up and down,” added Meeke. “I spent six seasons in the WRC and got 13 podiums and five wins.

“I didn’t start in the WRC until I was 34 years of age which was fairly late to get a top opportunity.

“I’ve got a young family and I’m spending more time at home. But Dakar interests me a lot and I’d like to do it again in a top car. It’s probably more about having fun and enjoying yourself so I look forward to it and something exciting this year could be on my radar.”