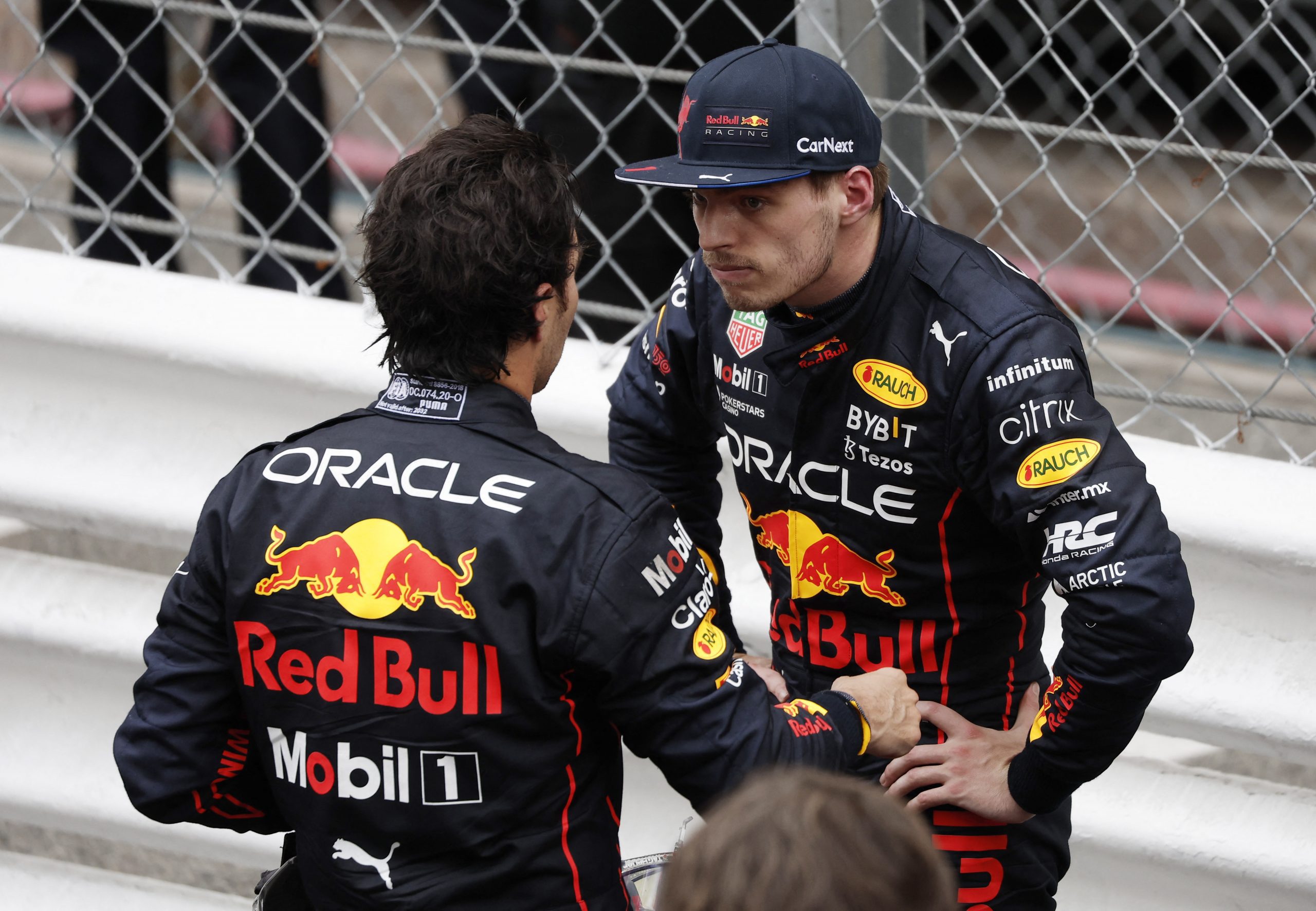 The Mexican crossed the line for his first win of the season, with Verstappen finishing third after Red Bull got the better of Ferrari with their pit stop strategy as the streets of Monte Carlo went from wet to dry.

Although Verstappen managed to extend his championship lead by three points, the result wasn’t well received by Jos, who believes Red Bull made the wrong decision in prioritising Perez given his son’s title aspirations.

“Red Bull achieved a good result, but at the same time exerted little influence to help Max to the front,” Jos wrote on Verstappen.com.

“That he finished third, he owes to Ferrari‘s mistake at that second stop of Charles Leclerc.

“Max was not helped by the chosen strategy. It turned completely to Checo‘s favour. That was disappointing to me, and I would have liked it to be different for the championship leader.”

Where Jos believes the race was decided

Perez started the race third on the grid, with Verstappen rounding out the all-Red Bull second row.

The deciding moment in the race came when Red Bull brought Perez in for intermediates, which allowed him to undercut both Leclerc and Carlos Sainz.

Once all the front runners came in for slicks, Perez found himself in the lead ahead of Sainz, with Jos ruing Red Bull‘s decision not to pit Max early as well.

“Perez actually won the race because of the earlier pit stop,” Jos insisted. “The team can perhaps explain that as a gamble, but they had already seen, with for example [Pierre] Gasly, that the intermediates were the best option at that time.

“I would have liked them to go for Max, but of course I am not entirely objective.

“I think 10 points from Max have been thrown away here. Especially with the two retirements we’ve had, we need every point. Don’t forget that Ferrari currently has a better car, especially in qualifying.”