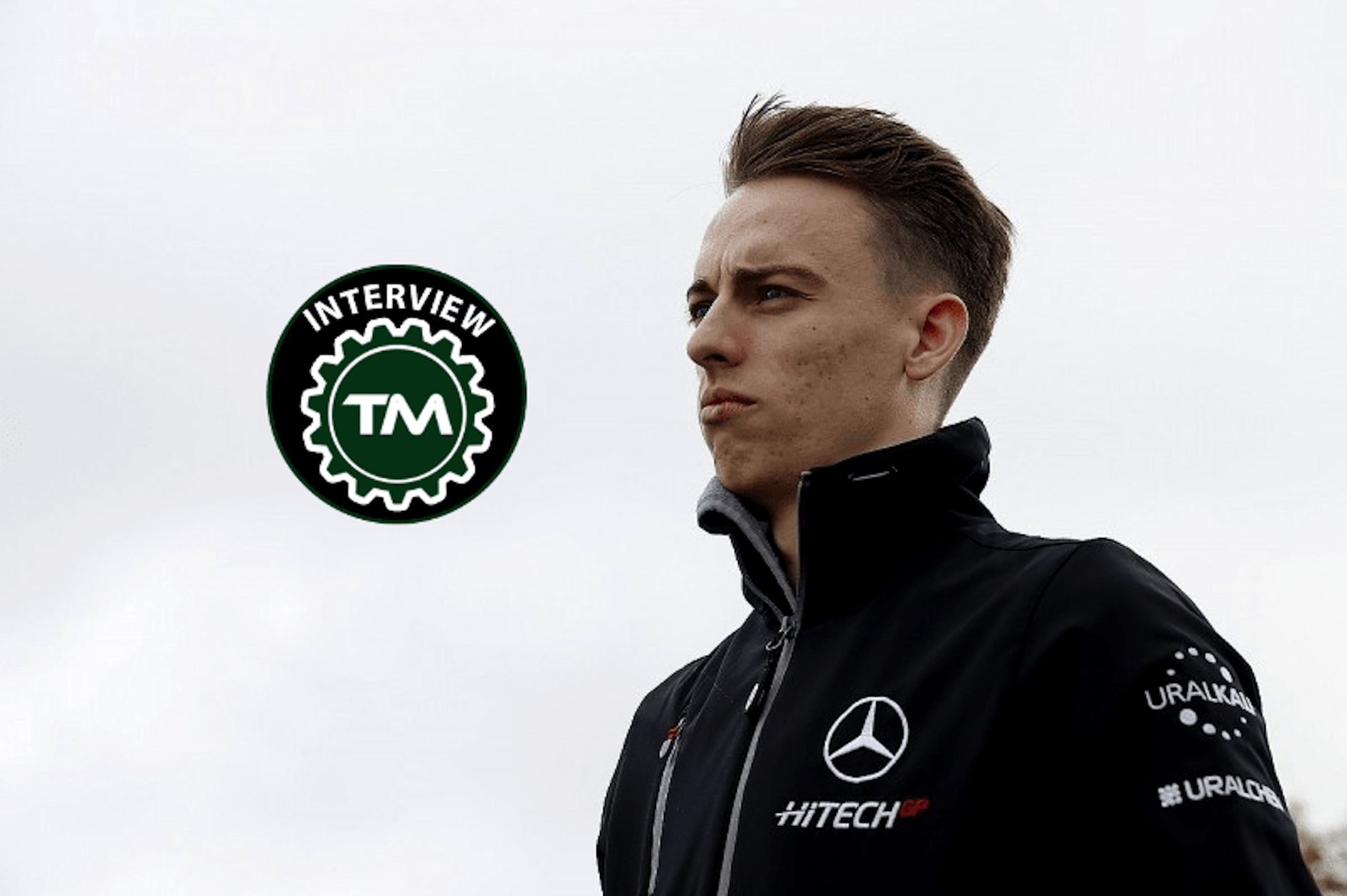 Jake Hughes has his eyes set on on a possible future in Formula E seat, after becoming Mercedes‘ reserve and development driver in the all-electric series in 2021, a role which he is continuing for the 2022 season.

Hughes, who will also compete in his first full Formula 2 season in 2022 for Van Amersfoort, told Total Motorsport he’s extremely motivated by Formula E, given the high level of drivers, teams and engineers working in the paddock.

“For me, and probably a lot of the drivers in Formula E, F1 has always been my dream and goal,” said Hughes.

“Inevitably, someone in my position, I was never going to be in the position to pay my way to get to F1 so unless the results came it wasn’t going to happen.

“Whilst it’s my dream, I’ve had to think about what is, not the next best as that sounds like I’m undermining Formula E, but what would be the next thing I would look to do.

“I’ve not raced in Formula E myself, but just working in the paddock and speaking to people, it is a ridiculously high level in terms of the drivers, the teams, in terms of the engineering behind it and what you have to be able to do as a driver to succeed in it.

“So I see that as a big motivation for myself. I see the drivers that I would be hypothetically competing against as a big challenge.

“The car that I would hypothetically be driving and trying to get the most out of is a big challenge and that motivates me massively. It’s a World Championship now so there’s some seriously well-known and successful teams in there.

“Being reserve driver for Mercedes EQ as well, it’s been a few years in the making of trying to position myself into an opportunity where, should I get some results – for example in F2 this year, that I can push to get a race seat in Formula E and that’s been a goal of mine for a number of years.

“Like with F1 that doesn’t happen unless I can prove what I do so I’ve only really got that one mindset, and one goal which is to show that in F2.”

Formula 1 and Formula E are often compared despite having very obvious differences with their technical rules and history. One major talking point is the quality of the drivers, and Hughes believes several of Formula E’s top drivers would do an excellent job in F1.

During the early seasons of Formula E, some drivers, teams and fans saw the championship as a place for drivers who were not good enough for F1.

When asked what his message would be for people who see Formula E as failed F1 drivers, Hughes said that’s definitely not the case.

“I see it as F1’s loss and Formula E’s gain in terms of the calibre of drivers,” explained Hughes.

“F1’s only got so many teams and it’s well documented that not all the seats, let’s say go to the most deserving drivers.

“A lot of times they do but it’s not a surprise to say that some drivers in a perfect world, let’s say, should have gone elsewhere.

“I see that as Formula E’s gain. Some of the guys in Formula E are ex-F1 drivers but a lot of them like Mitch Evans, Sam Bird, Nyck de Vries, these guys succeeded up until Formula 2 and GP2 but didn’t get their chance in F1.

“That is not anything to do with them most of the time. I think if they were in Formula 1 cars they would be showing you how hard and how high of a level Formula E is at the moment.

“I don’t think people should at all look at Formula E and see it as a championship for people who didn’t get to F1.

“In many ways, they had no choice. The market and the way the world is in motorsport has dictated that for them. That’s why you see so many great races and so many different winners.”

Without doubt, the Formula E grid has grown in strength since its inception in 2014 and the overall reputation of the championship has improved substantially.

Hughes questioned whether the average level of depth in Formula E is higher than the F1 field.

“I see the peak level of Formula 1 and some say it is higher than Formula E,” said Hughes.

“I sit on the fence in that way because, absolutely the likes of Lando Norris and George Russell, I’ve raced against these guys, their level is extremely high and they wouldn’t struggle in Formula E.

“I think it’s definitely not as simple as saying well ‘if one [championship] has the best drivers in the world, that’s it’, because when you look at Formula E, there is an argument to be had to ask ‘is that actually the case?’”

Difference between the good and the great

Hughes has been racing in single-seaters since 2012, fighting for wins and championships against several motorsport stars.

The 28-year-old is currently Mercedes‘ F1 simulator driver, and he believes the consistency of the likes of Lewis Hamilton and Max Verstappen is what separates the great and good drivers.

“It’s not so much having your best qualifying session, your best race and having an absolutely amazing performance once,” said Hughes. “It’s doing it over and over again.

“The likes of Hamilton, he can get outqualified on a given day. Valtteri Bottas could outqualify him.

“Lewis is just the prime example of that. It goes without saying with his World Championships, but you analyse his sessions and quite often he can get pole [position] on the last lap of the session when he’s not been the quickest all weekend and I think that’s what makes him so special over other drivers.”