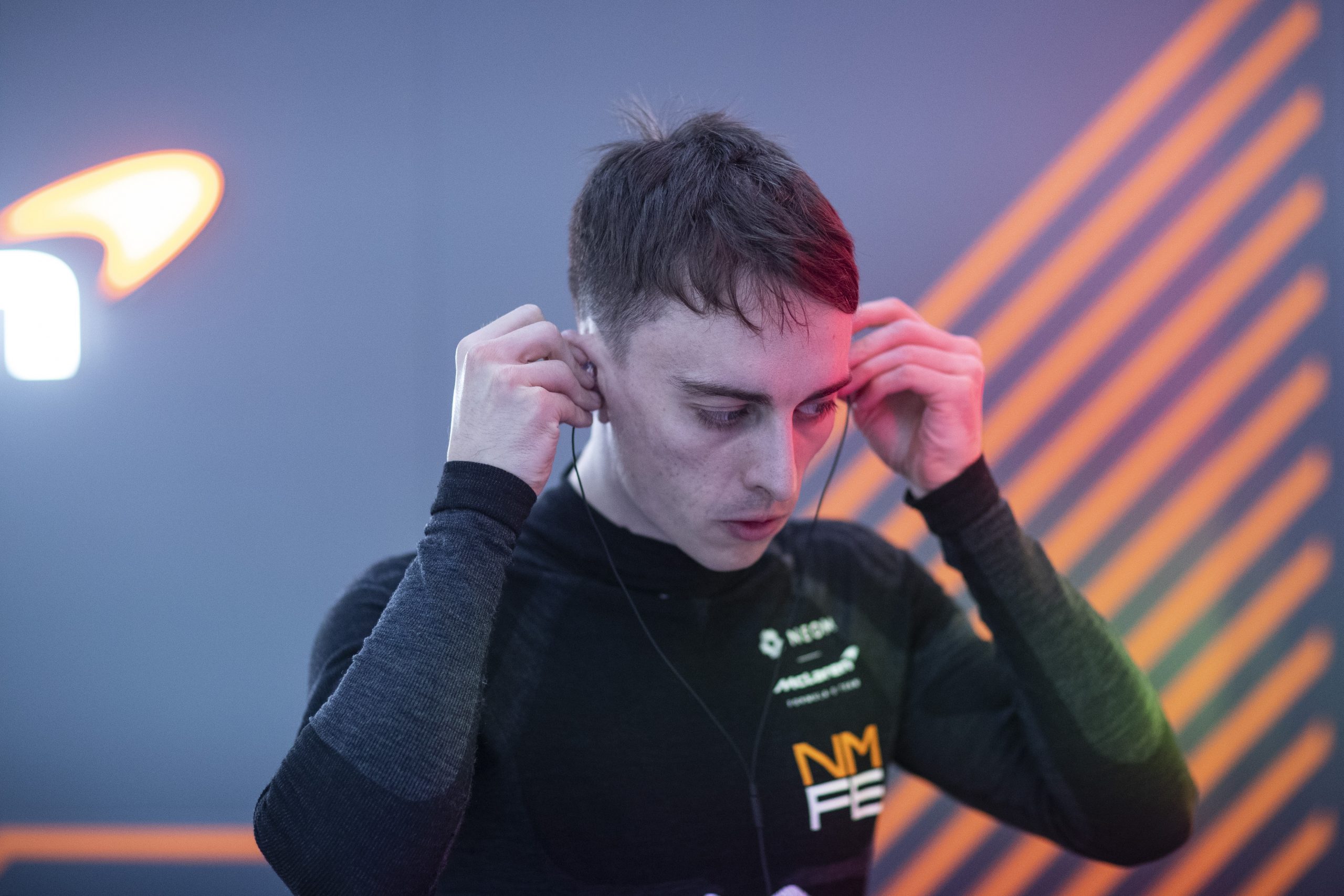 Hughes won the mock race that was held on Wednesday at the Circuit Ricardo Tormo and more impressively was consistently towards the top of the timesheets throughout the week, finishing fourth fastest in the final session on Friday which saw the fastest times set.

He was Mercedes‘ Formula E reserve and development driver in the last two seasons, so understands the dynamics of the team which is now branded as McLaren, after they took over the assets of the German manufacturer for this season and beyond.

“We have had a few new faces but the bulk of the team is the same,” Hughes told Total-Motorsport.com. “So it feels like we’re the same team that I’ve been with for the last two years effectively.

“I know how we work, I know how to prepare for a race weekend or testing. How I communicate with engineers is basically the same I’ve experienced on simulator sessions for the last two years.

“I feel like I could not have been more prepared as a rookie with how the team have prepared me.

“Last season, when I was pushing to get the seat I was telling the bosses it’s the perfect time for a rookie to come in.

“They guys in Gen2 have to adapt their mindset and driving style so I’m not disadvantaged.”

The new Formula E season begins in Mexico City on January 14 and Hughes believes it’s the perfect time for a rookie to join the series due to the new technical regulations.

Rather than being up against drivers who have driven in the same generation car for multiple seasons, the Gen3 era provides a rest for everybody, so levels the playing field.

McLaren look like they will be towards the front of the field after showing good place in testing, so Hughes could be in a position to challenge for podiums and wins early in the season.

“It’s been really, really positive so far,” Hughes continued. “I feel like I’ve had a very limited time in the car so this is basically the first proper time I’ve had to really be in the car, build on it and improve.

“But, it’s all quite natural to me so far. I don’t want to say unexpectedly so but I’m aware of how difficult this championship is.

“There will definitely be a lot more difficult than the racing we had in the mock race. So I have to be open minded, but so far it’s just been nothing but positive.

“Plenty of things to learn from my side as well, things I’ve already made mistakes on that I will learn from and improve next time.”

Hughes spent five seasons in GP3 and F3 before a year away from full-time racing in 2021.

In 2022, he made the step up to F2 with Van Amersfoort and had some impressive performances in a car that was not at the pointy end of the field.

The British driver ended his F2 season early due to Formula E commitments and was announced as a McLaren driver in the summer.

He now has the chance of showing off his talent in Formula E and is eager to make the most of it after a long wait.

“We all dream of F1 obviously, that’s no secret,” added Hughes. “But I’d say the last four years, it [Formula E] has been my target.

“I did everything possible to set myself up for this moment, knowing that it’s not going to be a smooth ride for me to get here.

“I was privileged enough to have this opportunity in motorsport, even to enter F2 with not a lot of financial backing.

“But at the same time, without that financial backing, I was never in a position to win the championship, only win some races, so that could have hurt my chances of getting here.

“But I think the work I’ve done last two years as reserve driver, Ian and the guys really respected what I did and it paid off.”