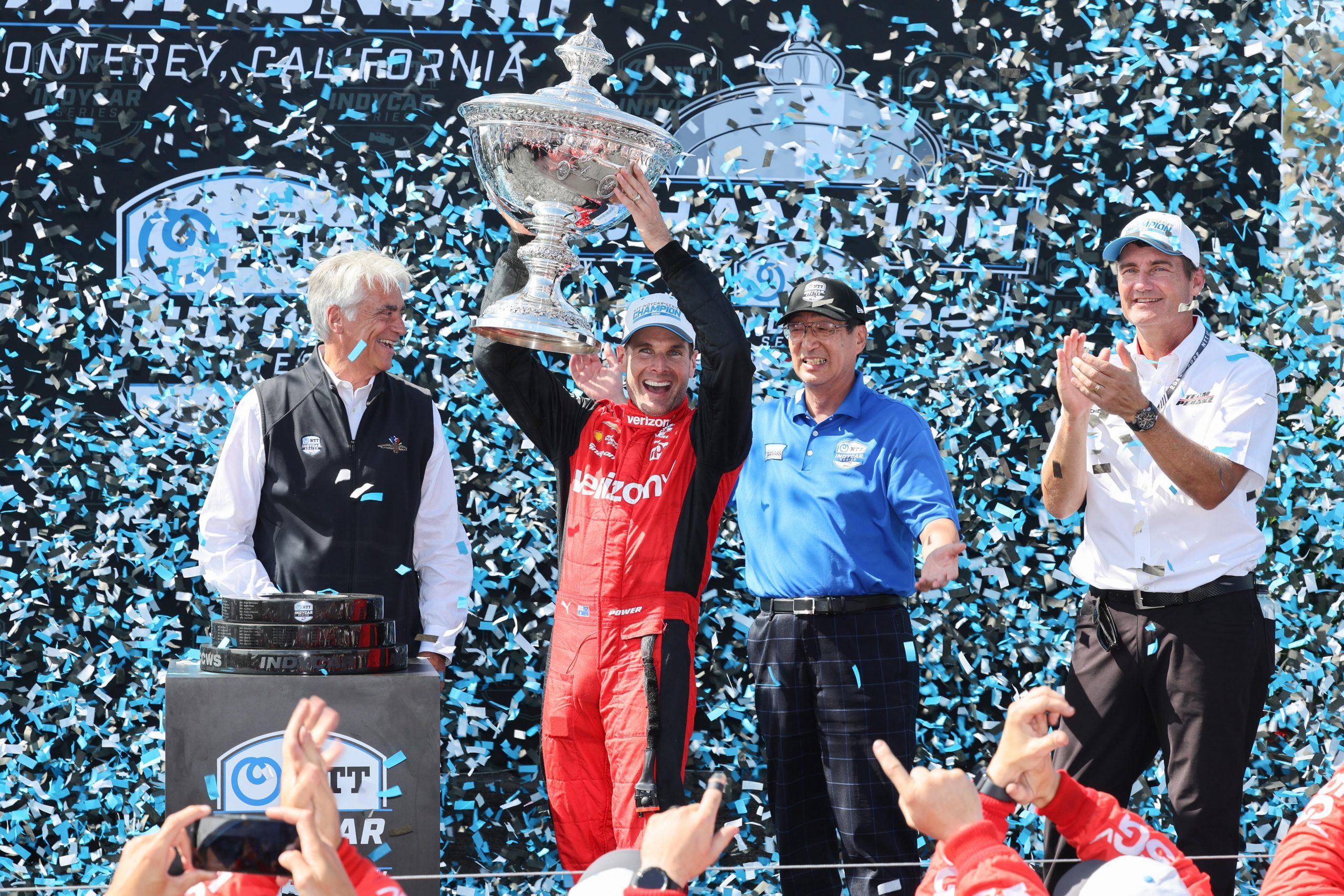 Just as he did all season, Will Power captured his second IndyCar Series Championship at Laguna Seca by sticking with his steady, if unspectacular, approach.

The 41-year-old started on pole for a record 68th time in his career – breaking the mark previously held by legend Mario Andretti – but he didn’t need to cross the line first to take the championship.

On a day where race winner Alex Palou cruised away from the competition, and title contender Josef Newgarden dazzled spectators with his 25th to second place drive, it was Power who stayed the course, crossing the line third to win the title by 16 points over his Penske teammate.

The performance was in line with how the rest of the Australian’s season has gone. Despite notching just one victory all season (at Detroit Belle Isle), Power finished on the podium in nine of the 17 events, which underlies how consistent and reliable he’s been.

It’s how he managed to fend off Newgarden, who won a series-high five times in 2022, but who’s inconsistencies ultimately put him in a hole too big to overcome.

“In 2020, I had amazing pace and almost had the ability to win seven times,” Power told NBC Sports. “I was in great position to win. So, I was always there trying to win another championship.

“This year, it all fell together very nicely, very consistent. I finished every lap of every race. I can’t think of a season like that I’ve had in my career, actually.”

Although five drivers entered Sunday’s season-finale with a chance to win the title, only Newgarden provided any real drama despite starting down in 25th.

Scott Dixon started 13th and never really showed the pace to fight at the front, resulting in a disappointing 12th place finish. As for Scott McLaughlin and Marcus Ericsson, both drivers needed a lot to go their way to win the title, but their respective sixth and ninth place finishes made them non-factors.

All four drivers can look back at various moments during the season, rather than their performance at Laguna Seca, if they’re looking for reasons as to why they came up short.

Newgarden‘s crash at Iowa, Ericsson‘s spin at Long Beach and Dixon and McLaughlin‘s disappointing Indy 500 results ultimately came back to haunt them, with Power‘s decision to stay the course proving the right one.

“It was just playing the long game all year. It wasn’t about going for the big wins,” Power said.

It’s a stark difference from how Power used to approach racing, as he admits it used to be win or bust.

“Up until really recently, I was much more disappointed with fourth places,” he said. “If I didn’t get the win, it would get to me. Now, it’s a much different approach. Settling for second, settling for fifth place.

“A lot of things play into that. The way seasons start that put you in a hole and the more risks you take with strategy. It wasn’t me overdriving in any way. If you look at the history, it was a lot of mistakes that were out of my control.”

Given his steadfast approach and calm demeanour, don’t be surprised if he adds to those numbers when he looks to defend his championship for Team Penske next season.