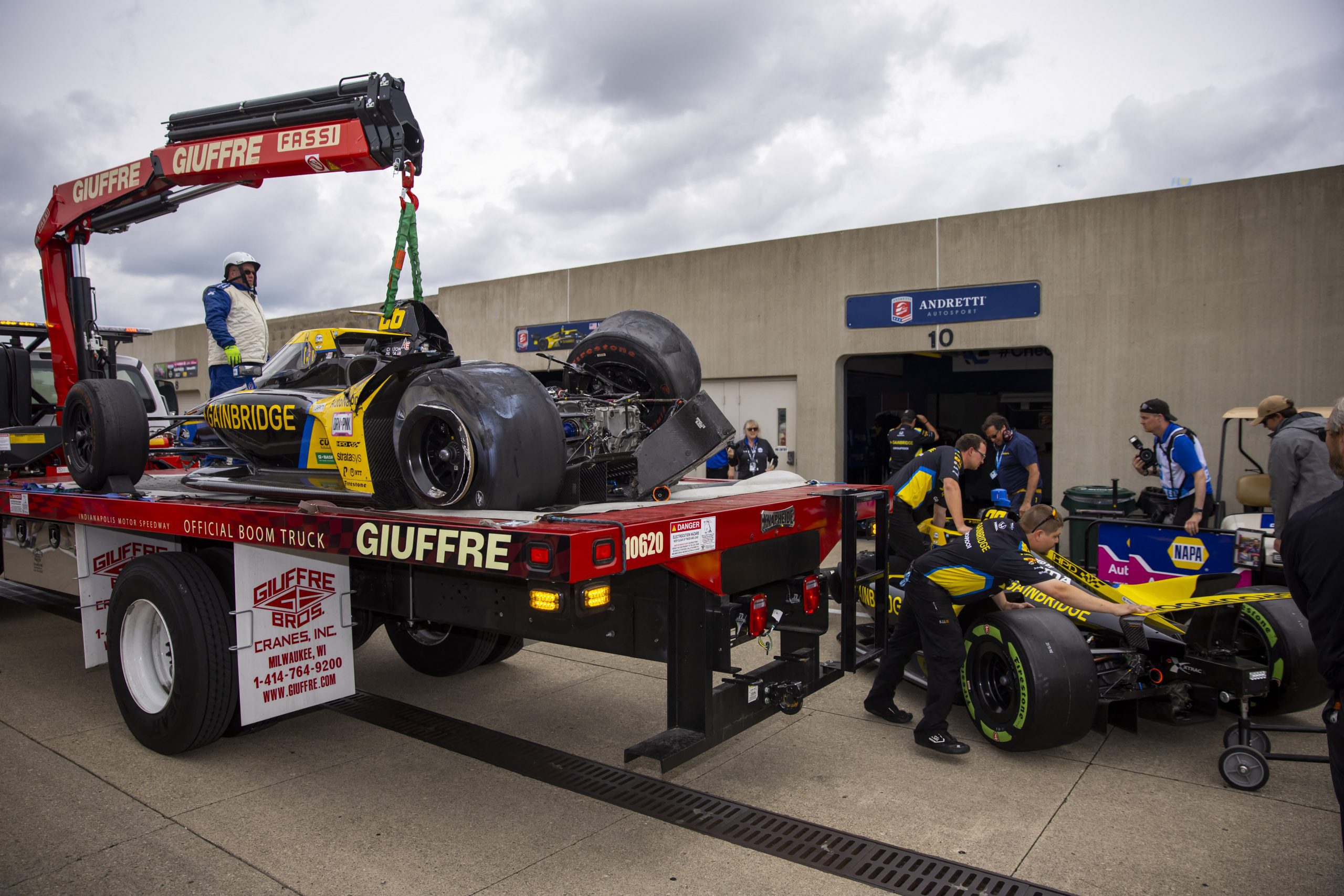 IndyCar driver Colton Herta was rushed to the hospital on the eve of the Indy 500 with the Andretti driver getting thrown into the air after making contact with the wall.

Herta, who was rumoured to be in contention for a drive at Andretti’s proposed F1 team, lost control of his car on Carb Day – the final practice session before the main event – and hit the wall at tremendous speed.

The force of the impact launched his car into the air with the American landing upside down and getting dragged across the race circuit.

Despite the scary nature of the incident, Herta walked away unscathed and will take part in the Indy 500 after getting the all-clear from the medical center.

“It’s nice, that feeling of getting back in the race car,” Herta said to the press.

“I always felt like that was a strong suit of mine, of being able to push that to the side and focus forward on what the next thing is.”

Colton, who is the son of former Indy and sportscar racer Bryan Herta made history when at the age of 18, he became the youngest driver in the sport’s history to claim a win in the IndyCar Series.

Despite growing up under the tutelage of a famous father, the young American believes he has had to fight to gain the respect of some of the older drivers in the championship.

“I knew I had to fight and prove that I belonged there and earn the respect of everybody, especially the veterans,” Colton Herta said. “But I never felt intimidated getting into the car.”

Herta had also garnered interest from the Formula 1 paddock with McLaren keeping a keen eye on the American along with his championship rival Patricio O’Ward.