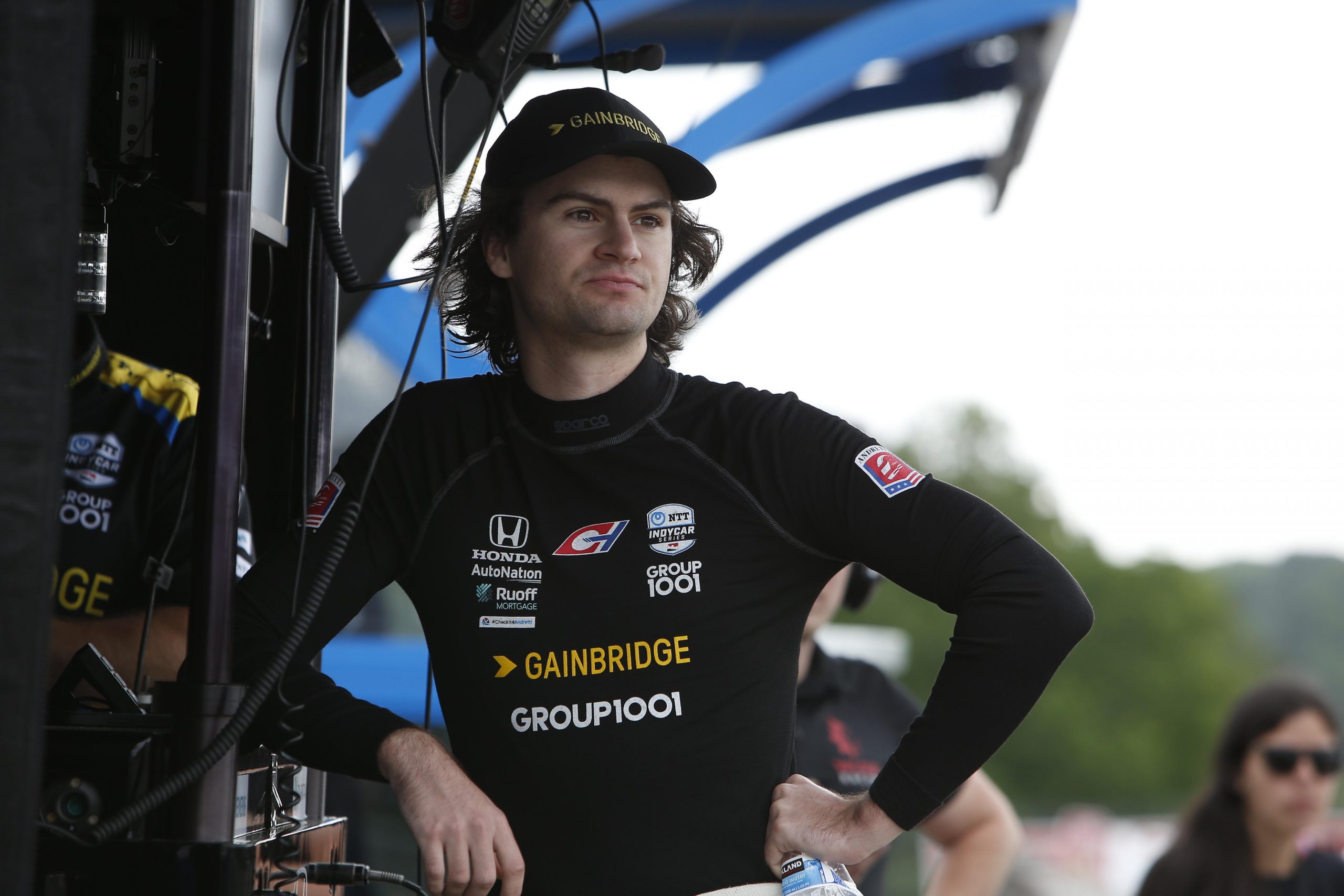 Colton Herta is widely seen as one of America’s biggest young talents, with some believing he should have a seat in Formula 1. However, 2022 hasn’t been a good year so far for Herta as a mixture of mistakes and misfortune have left him down the order in the IndyCar championship in 11th.

The most recent IndyCar event, the Grand Prix of Alabama at Barber Motorsports Park, summed up Herta‘s season to date as he finished 10th despite having excellent pace all weekend.

It’s the latest mishap in Herta‘s 2022 Indycar campaign and he must start to turn things around with the Indy 500, worth double points, on the horizon at the end of this month.

Unable to perform at his best

Herta was one of the favourites pre-season to win the championship and he made a solid start by finishing fourth at St Petersburg with a measured performance.

It wasn’t quite the form that saw him dominate the 2021 race on the streets of St Petersburg, but it was a good benchmark to bag points and have something to play with in the early part of the season.

However, that has been the high point of the season for Herta after four events as mistakes from himself and the team have left the Andretti driver frustrated.

The disappointment started in Texas when Herta was on course for another top five, only for a slow final pit stop to drop him down the order as he was lapped by race leaders Scott McLaughlin and Josef Newgarden, finishing in 12th.

“Today was a rough day all around,” Herta told Racer. “I felt confident going into the race with the changes we made yesterday. Things just didn’t come together the way we hoped.”

A rookie error at Long Beach

Herta was driving brilliantly at Long Beach, topping each of the three segments in qualifying on his way to pole position, which he took by nearly half a second from Newgarden.

But, the 22-year-old was jumped in the first round of pit stops and fell to third behind Alex Palou and Newgraden.

Eager to get back past at the second set of pit stops, Herta was pushing hard on his in-lap by braking too late and hitting the wall at Turn 9, damaging the car which forced him to retire from the race.

“It was just a stupid mistake,” said Herta. “We running in third, keeping up with Alex and Josef so it’s unfortunate. I feel really bad. The car was fantastic and I just overdid it a little bit.”

Herta has made a similar mistake in the past at Nashville in 2021 when overdoing it in the pit stop phase when fighting for the win, so it’s not the best trait to have and it can get in your head as a driver.

Similarly to Long Beach, Herta was expected to be the driver to beat at Barber Motorsports Park, but he made a shock exit in the second part of qualifying.

The top six cars progress to Q3 in IndyCar and Herta was on course to put himself in one of those top positions on his final flying lap, until Marcus Ericsson spun and beached his car in the gravel trap at Turn 7, causing a red flag.

Subsequently, Herta couldn’t complete his lap and qualified 10th, as he questioned why the team didn’t send him out earlier in case the session came to an early end, like it did.

Herta was on a massive charge in the race, perhaps using his frustration from qualifying to fuel him, as he went off at Turn 1 when fighting Romain Grosjean, only to come back and make a brave move down the inside at Turn 11.

The pair, along with Newgarden, were among the top drivers who opted for a three-stop strategy, a decision which proved very costly when Callum Ilott outbraked himself at Turn 8 and beached himself in the gravel at Turn 9.

This meant the drivers on the three-stop strategy had their races ruined as the safety car came out at the wrong moment. When Herta pitted, he fell to 17th so any chances of a big points day went out of the window.

Herta was back on the attack again, but when he made a late lunge on McLaughlin at Turn 7 he spun and lost more time, although he somehow managed to fight back once more to finish in 10th, where he started the race.

Can Herta win the IndyCar championship?

Herta has had amazing pace all season and is arguably the quickest driver in IndyCar, which is a big statement given the amount of talent in the field.

However, his moments of misjudgement have been incredibly costly and it’s been a case of a small mistake having massive consequences.

We’ve seen this before in IndyCar and other motorsport series over the years. In F1, Max Verstappen had a wretched start to his 2018 season with trouble following him wherever he went in the opening six races.

Since then, he’s been outstanding and that poor period has heled him in the long term. Perhaps we might see something similar with Herta.

Herta is 74 points behind championship leader Palou, but there are still 13 races to go, including 100 for the winner of the Indy 500 on May 29.

If Herta wants any chance of winning the 2022 IndyCar title, he must finish at least on the podium at the Indy 500, but first he needs to have more clean weekends because the speed is definitely there.