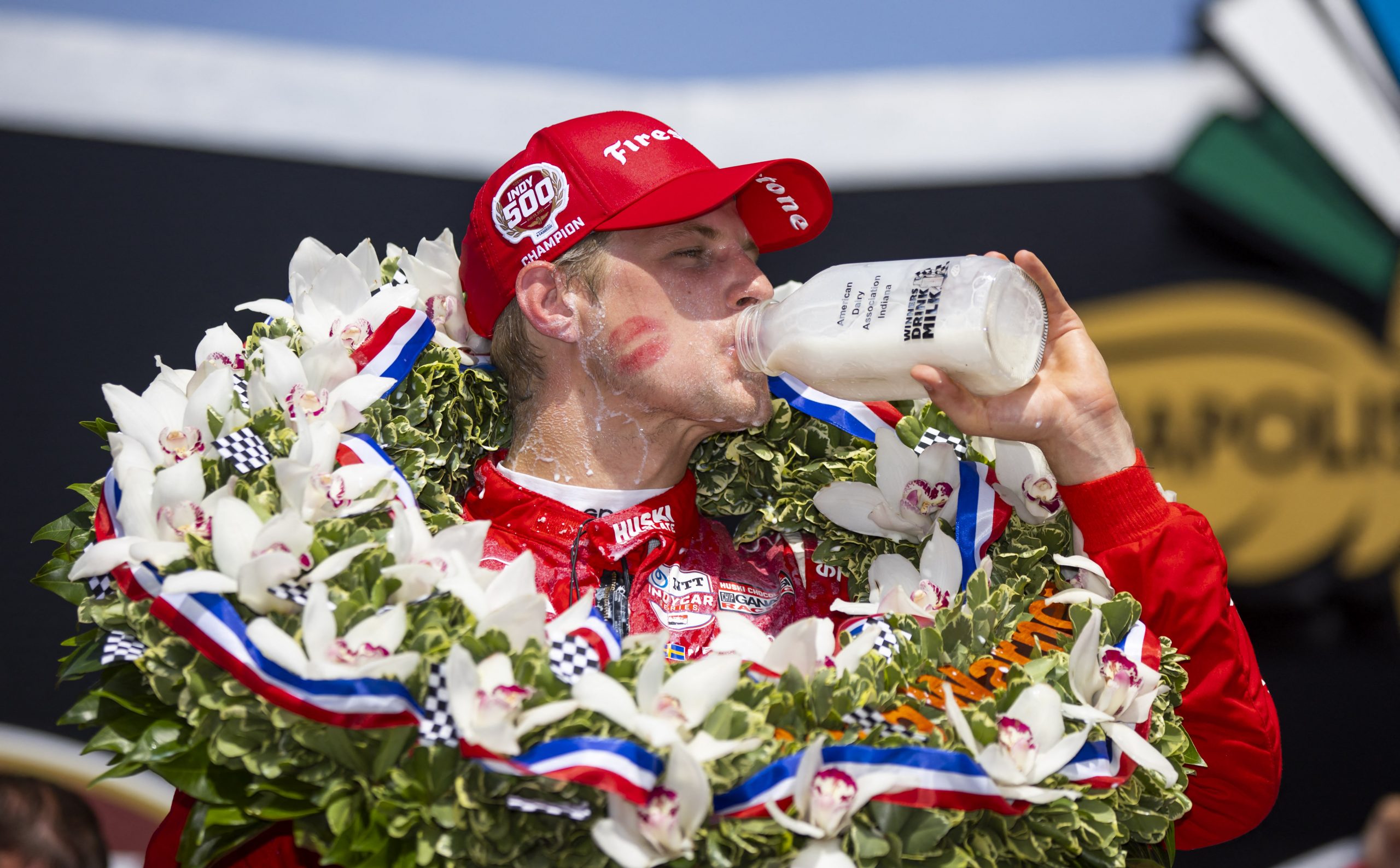 Marcus Ericsson of Chip Ganassi Racing won the 106th running of the Indianapolis 500 as he held off the charge of Pato O’Ward in a two-lap shootout for the chequered flag.

The most prestigious IndyCar race was red flagged with just four laps to go after Jimmie Johnson’s turn two crash which completely ruined Marcus Ericsson’s huge lead and set up a spectacular finish in front of a huge crowd of more than 300,000.

The Swede weaved around on both long straights to break the tow and kept O’Ward at bay into turn one on the final lap before Sage Karam binned his Dreyer and Reinbold car in Turn 2 on the final tour.

The yellow then came out which allowed him to cruise to the yard of bricks and realise a sporting dream, and become just the second Swedish winner of the Indy 500 after 1999 winner Kenny Brack.

The Swedish racer was the third-wheel to the Ganassi party at the front for the majority of the race with Scott Dixon becoming the all-time laps leader in the 500, passing Al Unser, and Alex Palou exchanging the lead early on.

The reigning IndyCar champion Palou was the first to fall by the wayside as he had to enter a closed pit for an emergency splash and dash and had to serve a penalty as a result.

Dixon then fell foul of speeding on the lane during the very final cycle of pit stops to ruin his chances of ending his 14-year wait for a second Indy 500 win.

Rinus VeeKay had some real speed in his bright orange Chevrolet-powered Ed Carpenter Racing car having challenged the Ganassi stable early on but it all came undone on Lap 39 as he got loose in turn two and hit the wall hard, ending his day far sooner than he had hoped.

“It was tough out there,” VeeKay said to NBC. “The car was a bit free all race and I turned into turn two, car gets loose and then you’re a passenger. I couldn’t do anything.”

Around 30 laps later, rookie Callum Ilott suffered the same fate in the striking green of Juncos Hollinger Racing. He too got loose mid-corner and had to brace for impact into the safer barrier before being spat into the inside wall on the back stretch.

Andretti Autosport’s Romain Grosjean was the third driver to fall foul of the Brickyard’s second turn on Lap 106. His DHL sponsored Honda looked a sorry sight as the Frenchman ended his first Indy 500 early.

After Scott McLaughlin bucked the trend with a Turn 3 shunt, Johnson became the fourth casualty of the second turn with just six laps to go in very similar fashion to the three that came before him.

Team Penske have 18 wins at the Indianapolis 500 but they never looked like making their mark on the 106th edition of the greatest spectacle in racing.

Scott McLaughlin’s race ended with just under 50 laps to go as he hit the wall hard at turn three but neither of his teammates could move forward at any stage of the 200 laps.

Will Power had a great start to move up to seventh but he quickly fell back into the midfield and pre-race series leader Josef Newgarden couldn’t escape the mire either.

The Captain, Roger Penske, will be asking serious questions having seen his team run so poorly at his race track on the biggest day of the year.

Ericsson took the series lead away from Newgarden as a result of the double points on offer at Indianapolis ahead of next week’s Dual in Detroit at the Belle Isle street circuit.