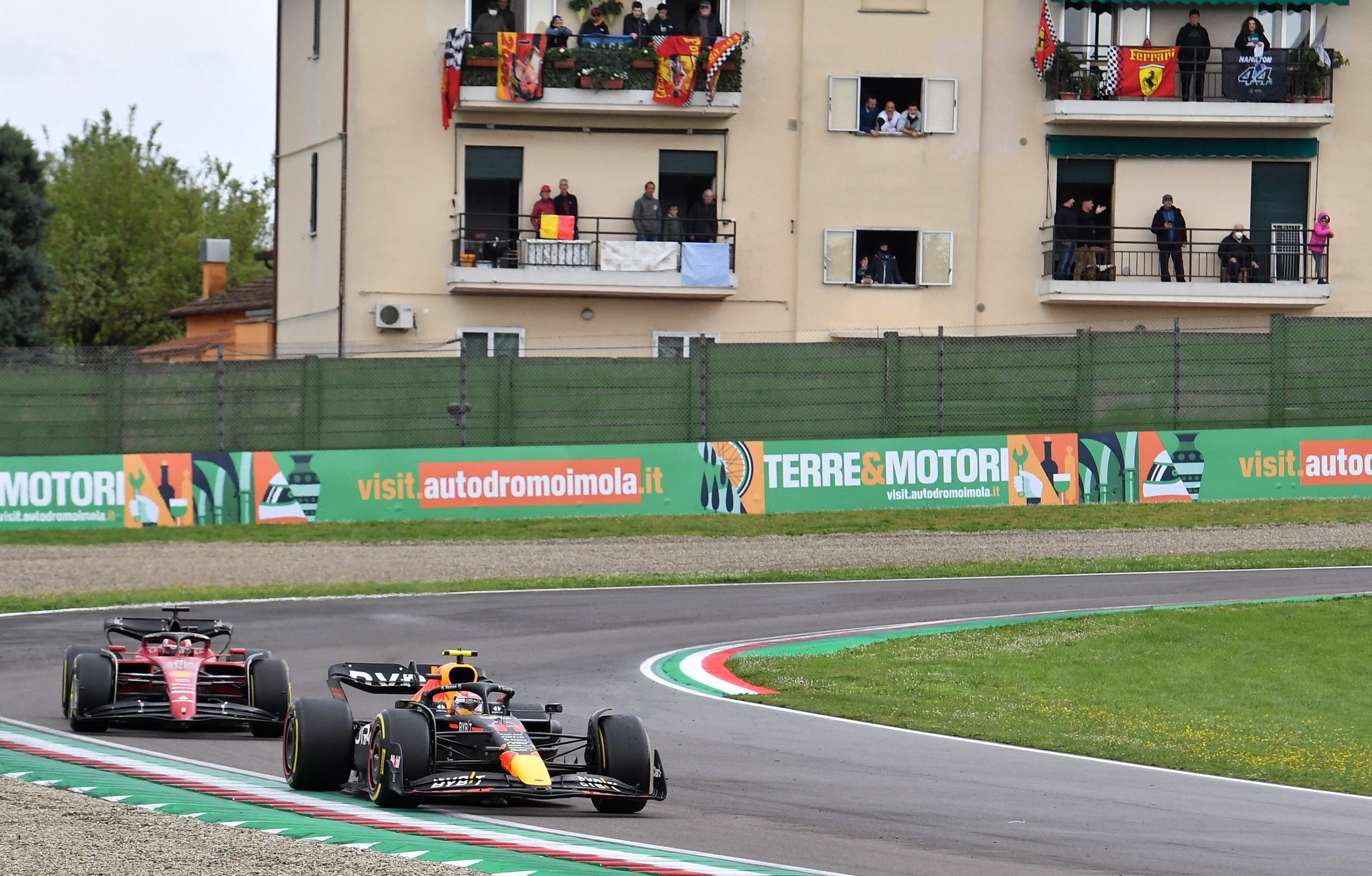 Can cars follow better in Formula 1 this year? Yes. Does that guarantee better racing? No, as was proved beyond doubt at Imola, with action points during the 63-lap 2022 Emilia Romagna GP few and far between.

In fact, but for Ferrari’s miserable homecoming in front of their adoring Tifosi and everyone’s obsession with all things Lewis Hamilton, there may have been no talking points at all.

A race flattering to deceive in F1 is nothing new, of course, but under these new regulations, this was a bit of an acid test on a tight and twisty old-school layout. Must do better.

As a caveat, the weather certainly didn’t help, defying the logic that a race in changeable conditions provides a virtual guarantee of drama. However, the lack of just that was stark, highlighting that Formula 1 still isn’t ready to ditch the artificial and controversial Drag Reduction System (DRS) that has been in play since 2011.

There was Lap 1 action as Carlos Sainz tangled with Daniel Ricciardo, causing the Spaniard to suffer a second consecutive DNF, but once the pack settled, to describe the fourth installment of F1 2022 as anything other than processional would be to embellish.

As is customary, DRS wasn’t enabled while the track remained “dangerous” as a consequence of the pre-race rain, and that left things rather stagnant. After a good start, Kevin Magnussen in the Haas began to struggle, allowing for a few overtakes between laps 10 and 20, but that was about all she wrote in the early stages.

And it could be argued the new regulations played a part in the way everything unfolded. For all that it has quickly become apparent that following cars is a lot easier this year, that then poses another problem when the circus visits tracks with similar characteristics. This was Monaco-esque for large spells.

It was possible to get close and stay close through the lap, but without a sizeable pace or tyre advantage, pulling off a move on the narrow layout appeared difficult at best and nigh-on impossible at worst. That meant that anyone who was able to overtake a rival was likely to streak clear, while those who were a rough match on pace were left stuck in a queue.

As a result, drivers were eventually heard on team radio asking when the DRS was going to come into effect, while fans were making their voices heard on social media. Not until lap 35, 16 tours after most of the field had pitted for slicks, were those calls answered.

Sadly, given the tarmac remained damp off the racing line, its introduction didn’t give the GP the jolt it desperately needed as drivers were understandably wary about putting a tyre out of place on the run down to Turn 2.

Therefore, excluding the start and the pit-stop phase, there were little over 10 overtakes to savour. George Russell made the biggest move of the day from 11th to fourth but that included just one legitimate pass as the Mercedes man once again made the most of others’ misfortune.

Such was the desperation in commentary to dupe fans into thinking what they were watching was exciting, Yuki Tsunoda’s two-place gain over the final 17 laps was described as a “charge”.

As for Hamilton, not even DRS could spare him from what was surely one of the worst race weekends of his career. The 37-year-old found himself on the wrong side of Lady Luck at every turn in Italy, typified by a slow pit-stop that left him trailing a four-man queue for more than 40 laps en route to a dismal 13th-place finish (14th on the track).

Had the DRS been enabled earlier and under different conditions, perhaps we would’ve been treated to something better. Alas, this wasn’t the case.

The 2022 Emilia Romagna GP was quite the comedown from the early season fireworks we’ve seen this year. But maybe it was a blessing in disguise. While it was anything but a classic, it served as a timely reminder that there is still work to do before F1 should consider a return to the pre-DRS age of racing. Especially if the desire is to keep classic circuits like Imola on the calendar.