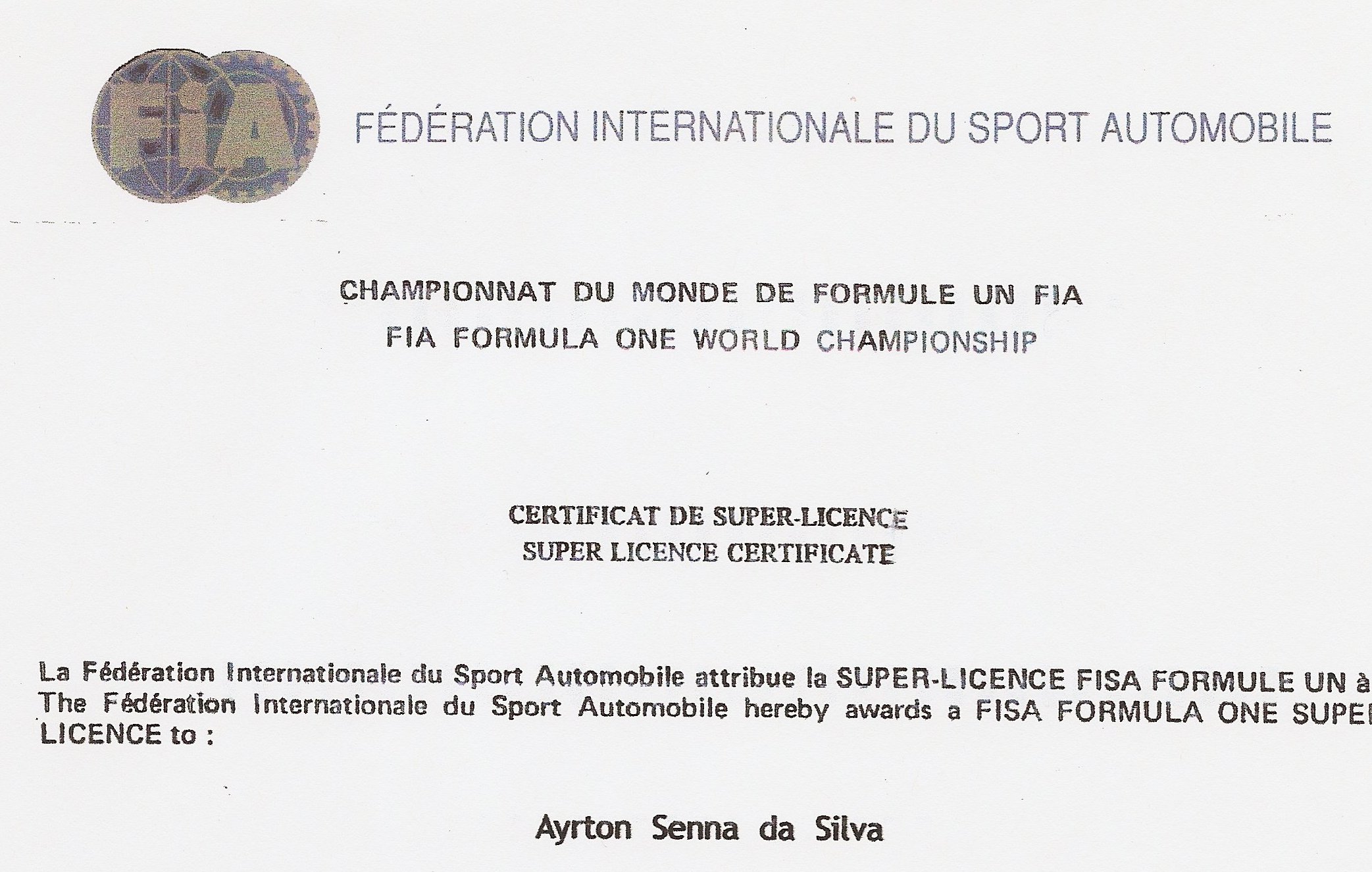 F1’s super licence has become an increasingly debated topic in recent years, due to the points system introduced by the FIA in 2015.

Once in F1, the drivers have to be weary about being involved in too many incidents to retain their super licence.

What are the requirements for an F1 super licence?

To qualify for a super licence, a driver must be 18-years-old at the time of their first F1 weekend, so a driver could only be 17 during pre-season testing.

A driver must also have competed in any single-seater championship for at least two seasons, and have at least 300km in an F1 car under their belt.

The full requirements for a driver are:

How does a driver get enough super licence points?

Most motorsport series, outside of F1, award super licence points for the finishing positions in the championship on a sliding scale. Drivers need 40 points from the last three years to qualify for a super licence.

Winning the Formula 2 or IndyCar championship guarantees a super licence, whilst the Formula E and Formula 3 champions earn 30 points.

The full points system can be seen below:

Prior to 2015, there was no points system as the FIA handed out super licences based on a driver’s personal achievement or outstanding ability in single-seater formula cars.

Max Verstappen‘s debut in F1 changed that though, as he made his Grand Prix debut at the 2015 Australian Grand Prix at the age of 17 and without a driving licence.

The FIA never expected someone so inexperienced to be given an F1 seat, so Verstappen’s emergence prompted the super licence system which is now used today.

It means Verstappen‘s record of being the youngest ever driver to race in F1, at 17 years and 166 days, cannot be broken.

How long does an F1 super licence last for?

Can a driver lose their F1 super licence?

A driver can lose their super licence if they are involved in a series of incidents or cause a major accident. This has happened to one driver, Yuki Ide in 2006.

The Super Aguri driver competed in the first four F1 races of the season, before causing a first lap incident where Christijan Albers was pitched into barrel-rolling at Imola.

Drivers are given penalty points and reprimands when they are deemed to be in the wrong.

Should a driver receive 12 points over a 12-month period, they will be banned for one race. Several drivers have got close to the limit, including Lewis Hamilton, but nobody is yet to reach 12 points over the course of a year.

A driver who receives three reprimands in a season will be awarded a 10-grid place penalty.

In 2019, a free practice only super licence was introduced which many teams have utilised to offer practice one drives to academy and reserve drivers.

The same age and competition licence requirements as a normal super licence are required for the free practice only licence.

However, a driver only needs to collect 25 points from racing in other categories over the last 3 years or have completed at least six races in Formula 2.

The super licence system has come under scrutiny from several people in motorsport.

IndyCar driver Patricio O’Ward believes that finishing third and fourth in IndyCar should be enough to qualify for a super licence. Instead, a driver receives 20 points for third in the championship, and 10 points for fourth.

Other championships feel their best drivers are not rewarded enough too, so the FIA has made minor changes to the points system in response to backlash.

Drivers who missed out on F1 due to super licence rules

Most drivers who deserve a seat in F1 qualify for a super licence, but there are some exceptions.

IndyCar star Colton Herta was in the running for a potential F1 seat in 2021, when there was talk about Andretti taking over Alfa Romeo.

In the end, Guanyu Zhou took the seat as Valtteri Bottas‘ teammate, but interestingly Herta wouldn’t have qualified for a super licence.

The young American has just 32 points from his championship finishes in 2019, 2020 and 2021, which is eight points short of the tally required for a super licence.

Herta’s bid for an F1 seat in 2023 can only be ensured by finishing in the top three in the 2022 IndyCar championship.

The most notable driver who has missed out on F1 due to super licence rules is nine-time World Rally Champion Sebastien Loeb.

In 2009, Loeb nearly made his F1 debut at the Abu Dhabi Grand Prix, but was denied a super licence by the FIA. At the time, the points system did not exist so it was simply a decision by the FIA due to Loeb not fulfilling their requirements.

Off-road championships don’t feature at all in the FIA’s points system, so rallycross and rallying champions cannot make the switch to F1.