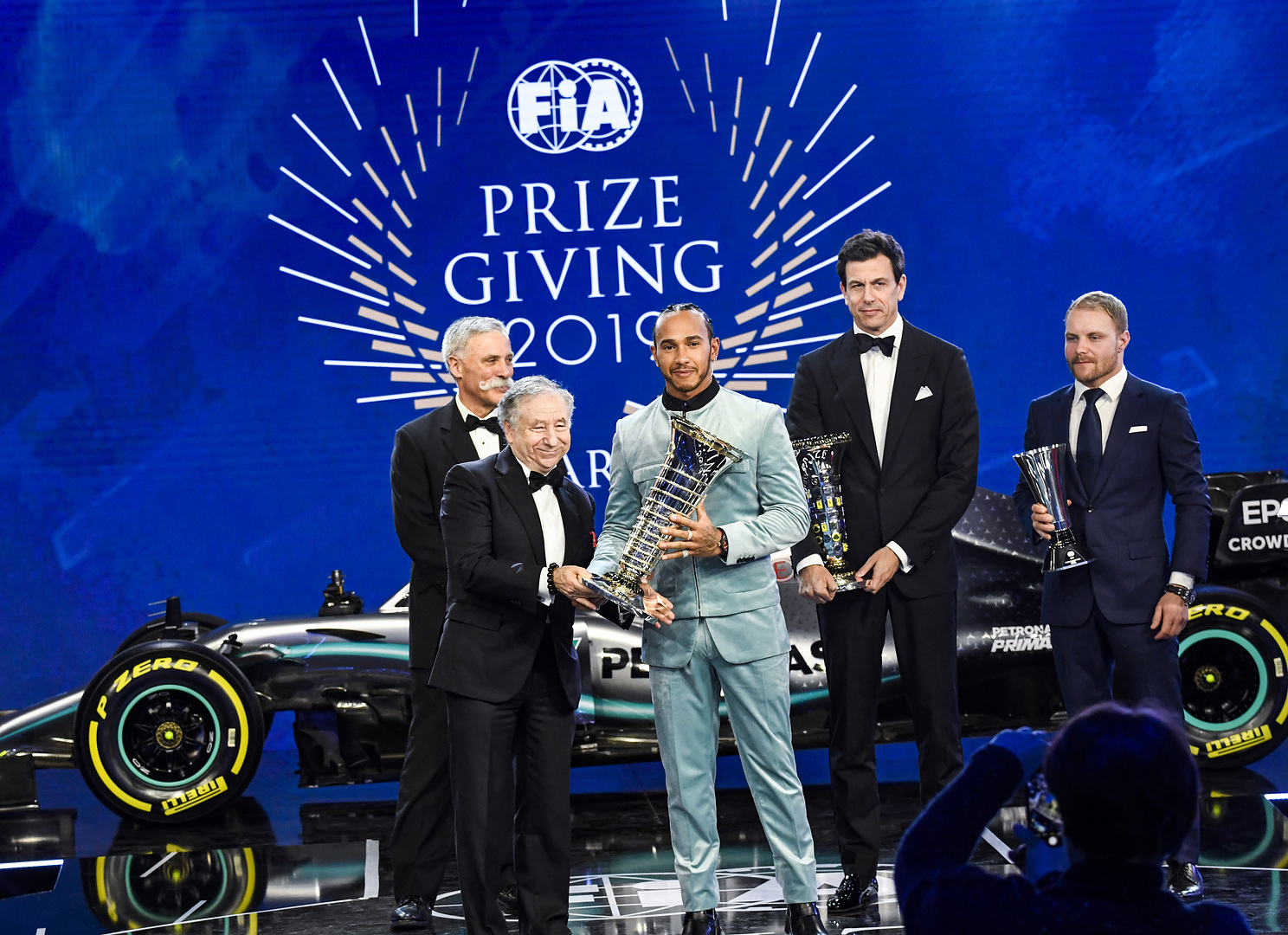 Lewis Hamilton‘s one of the greatest drivers in Formula 1 history and his trophy cabinet reflects that, having won 103 races and world championships with both Mercedes and McLaren.

He was denied a record-breaking crown by the controversial end to the 2021 Abu Dhabi Grand Prix and 2022 was the first year of his career where he failed to win a race, but he remains capable of challenging for the world title as one of the best drivers on the grid.

He retired from the season finale at the Yas Marina Circuit and made no secret that he wanted to move on from 2022 as soon as possible, the Hamilton–Mercedes partnership enjoyed their least competitive year and the Brit was beaten by his teammate for the first time since 2016.

However, he’ll be aiming for a record-breaking title in 2023 if he has the car to do it.

How many F1 world championships has Lewis Hamilton won?

Hamilton has won seven F1 world championships. He won his first with McLaren but the team couldn’t get back to those heights after that, with their cars never managing to capture the pace and reliability needed to challenge Red Bull.

However, his move to Mercedes in 2013 changed the course of F1 history as the pair netted 14 drivers’ and constructors’ championships together.

He ended the wait for his second title in 2014 as Mercedes dominated the season following a regulation change and Hamilton battled it out with teammate Nico Rosberg.

Hamilton won his third title in emphatic style in 2015 but was denied by Rosberg a year later before the German retired and Valtteri Bottas stepped into the seat.

With Bottas unable to pose a serious challenge, Hamilton fought Ferrari and Sebastian Vettel across 2017, 2018 and 2019 but always proved the stronger driver, sealing the title before the final race in each year.

Mercedes and Hamilton were the class of the field in 2020 and he broke the record for the most Grand Prix victories as he clinched a record-equalling seventh title.

When did Lewis Hamilton win his first world championship?

Hamilton‘s start to his F1 career is sometimes overlooked especially given his later achievements, but his rookie year is arguably his most impressive in the sport.

Paired with reigning double-champion Fernando Alonso at McLaren in 2007, Hamilton stamped his mark on the sport from the very first corner of his career.

Starting two places behind Alonso at the Australian Grand Prix, he recovered from a weak start to sweep around the outside of his esteemed teammate through the first chicane and dispel any notion that he’d play a meek second fiddle to the most decorated driver on the grid.

He came up just short that season, falling by a single point to Kimi Raikkonen after reliability issues in the season finale, he came back stronger the next season paired with Heikki Kovalainen.

in 2008 his main rival was Ferrari‘s Felipe Massa, and the battle with the Brazilian went all the way to the final corner of the final lap of the final race of the season as Hamilton overtook Timo Glock to win his first world title.

Has Hamilton won the most F1 titles ever?

Hamilton is tied with Michael Schumacher for the most F1 world championships, as the German won the 1994 and 1995 titles, then was unbeaten from 2000 to 2004.

He’s the winningest driver in F1 history as he’s taken more Grand Prix victories than Schumacher but the German’s dominance came in an era where there were less races per season so it’s hard to compare.

Hamilton is one of only two drivers to win the championship within his first two seasons competing in F1 together, alongside Jacques Villeneuve, and but for bad luck at the end of 2007 he’d be the sport’s only rookie world champion, ignoring the inaugural 1950 season.

He became the most successful British driver in 2017 as he secured his fourth title to pass Jackie Stewart, the same season he surpassed his idol Ayrton Senna.

Behind him, Juan Manuel Fangio has five titles and the recently-retired Sebastian Vettel is tied with Alain Prost on four.