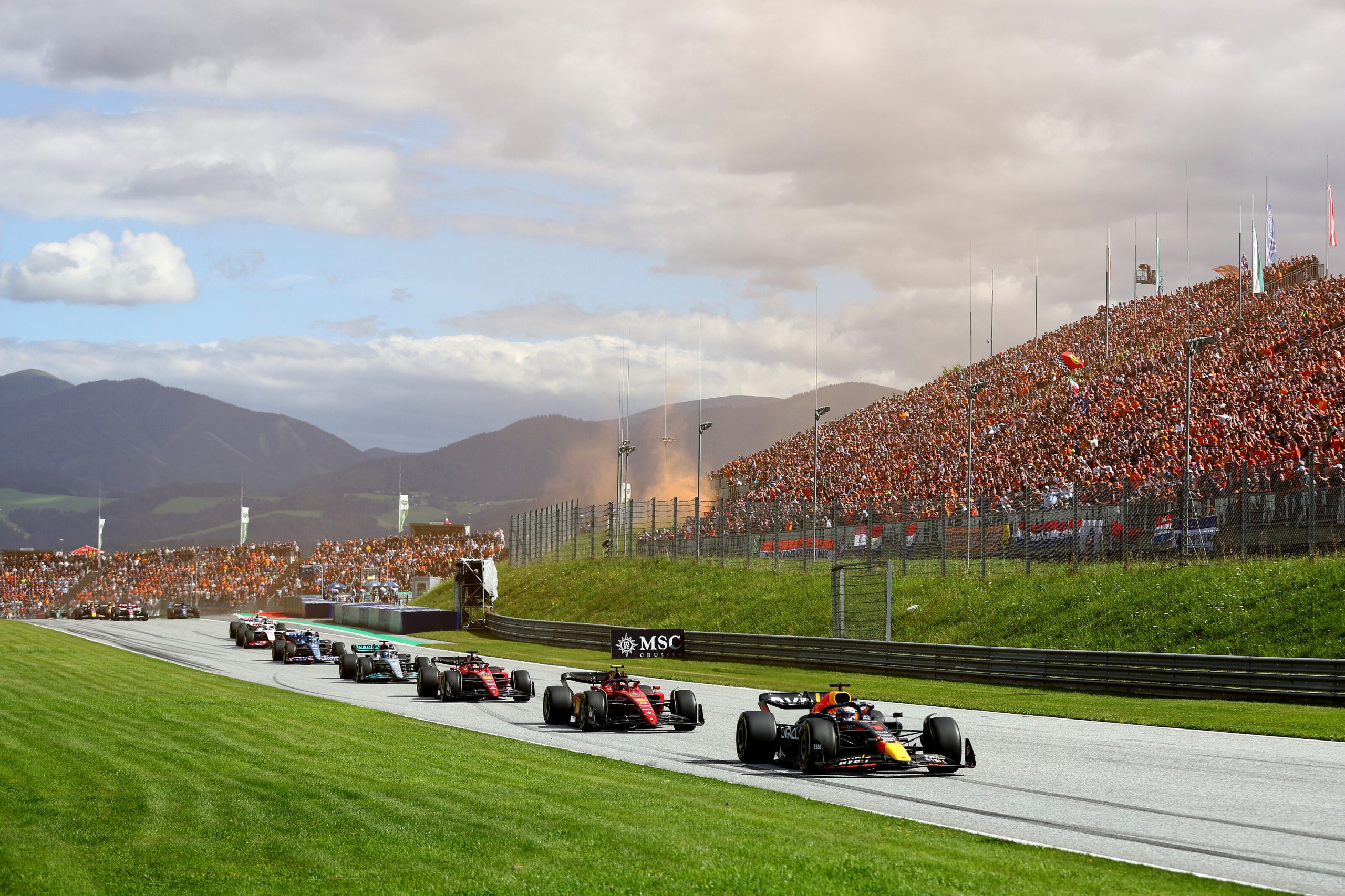 There have been five sprint races in Formula 1 now, after a dominant display from Max Verstappen in the latest Saturday race at the 2022 Austrian Grand Prix.

The sprint events in 2021 may have fooled you as the main Grand Prix turned out to be very exciting at Silverstone, Monza and Sao Paulo. It did help that Verstappen and Lewis Hamilton were fighting for the same piece of track.

But, the actual 100km sprint races have been average at best which was proven again in Spielberg.

The problem with F1 Sprint

F1 want to have a meaningful and exciting session on each of the three days of a Grand Prix weekend, hence why qualifying is on Friday when it’s a sprint event.

One of the three practice sessions is replaced by a competitive session which helps set the grid for Sunday’s race.

That’s all great, but the 100km Saturday race does take away from the excitement of qualifying, which is why Verstappen didn’t celebrate too much even though he stole pole position on his final flying lap in Austria.

It also gives away some of the Grand Prix’s storylines as we see what the tyre wear is like and which cars are fastest on a long run.

Imagine having a 30 minute football or rugby match one one day, then continuing that match with the normal 90 minute game 24 hours later. It wouldn’t work and it’s the same with F1 sprint.

In some sports it does, like cricket or golf. But those competitions take place all day rather than a couple of hours so it makes more sense and it fits with their dynamic.

Another problem is that drivers who make mistakes in qualifying can recover the next day due to the pace of their car. It’s essentially a get out of jail free card.

Sergio Perez was rightly punished on Friday during post-qualifying, harsh but fair, for track limits so started 13th for the sprint, but will now start Sunday’s Grand Prix at the Red Bull Ring in fifth.

It happened in Imola too earlier this year when Carlos Sainz crashed in qualifying to start 10th for the sprint race, only to move up to fourth for the Emilia Romagna GP. Similarly, Perez went from seventh to third in the sprint in Imola.

You can argue what if a top driver has a problem in the sprint itself like Perez at Silverstone last year when he spun. But the drivers are more aggressive in qualifying and are more prone to mistakes, whereas the sprint race just puts the cars back in car pace order.

Above all, the sprint race itself is simply dull. It doesn’t add anything. There has been one lead change from the five sprint races so far and very little movement in the top three.

Other than faster drivers recovering from a poor qualifying, there is nothing to get too excited about. Even then, the defending driver is generally cautious because they don’t want to have an incident and start at the back on Sunday.

Is there a solution?

If F1 is to keep the sprint at 100km, which is one-third distance of a normal Grand Prix, the only way to spice it up is to have the usual two tyre compound rule in the sprint.

The teams would have the jeopardy of starting on the medium or soft, knowing they have to use the other compound in the second part of the race.

Using this weekend’s Austrian GP as an example, Ferrari could have started Sainz on the medium tyre and Leclerc on the softs to split the strategy to attack Verstappen.

One of the best aspects about F1 is the pit stop phase. Without it, races would more often than not be boring.

The excitement of can a team make a clean pit stop, will the undercut or overcut pay off and drivers pushing hard on out laps and in laps would make F1 sprint a lot more exciting.

It seems like F1 sprint is here to stay with six sprint events in 2023, so the sport should at least consider adding a strategic aspect which already works well in the main Grand Prix.