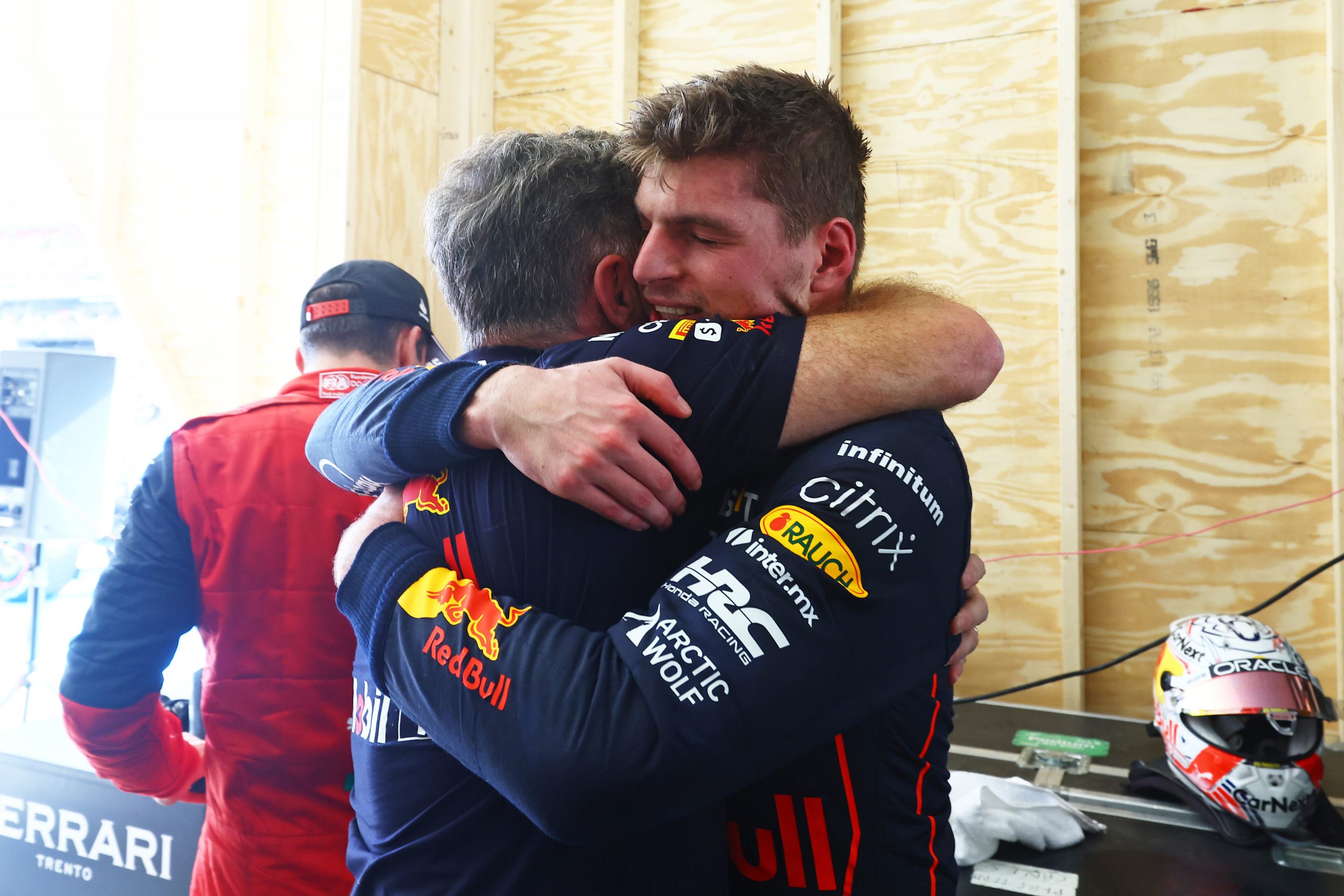 After several seasons of Red Bull playing second fiddle to Mercedes, the Milton Keynes outfit enjoyed a near-perfect 2022, winning 17 out of the 22 races and wrapping up both championships with three races to spare.

Max Verstappen won 15 of those races and was in a class of his own, dominating proceedings once the European leg of the season began. Naturally, the Dutchman’s performances have been praised by his colleagues and paddock judges alike, including his team boss Christian Horner.

Speaking at a Red Bull charity function in collaboration with Pokerstars, Horner praised Verstappen’s natural speed, which has put him sixth on the all-time list of Grand Prix winners.

“He’s got a great amount of natural talent,” said Horner. “He’s very single-minded, determined, and pushes the team and himself; he’s just so hungry.

“Every time he gets into the car, he wants to drive the wheels off it. From the very first time as a teenager when he first sat in one of these cars, he continues to get better and better as he gets more experience.”

Before the season finale in Abu Dhabi, the drivers, led by Lewis Hamilton, went out for dinner to celebrate the retiring Sebastian Vettel in a rare act of unity between the usually stoic rivals.

The night out, along with other instances, caused Verstappen’s weight to increase, causing some concern for his team bosses, who compared the strict weight demands of being a Grand Prix driver to one of a jockey.

“Of course, Max, having won the drivers’ and the constructors’ championships with a couple of races to go, they’re a little bit like jockeys where they have to come in under a certain weight.

“We saw that weight slowly creep up through the steakhouses in Austin and the taquerias in Brazil. He’ll be back on weight, I’m sure, by the time he gets back in the car in February.”

The recent run of success, however, hasn’t gotten to Red Bull or Horner’s heads, as they’ll look to keep the winning streak alive and win their sixth constructors’ championship.

However, they will go into the season with a handicap after their development time over the winter was decreased for breaching the cost cap in 2021. Nonetheless, Horner has called on his team to use the fear of failure to will them on.

Horner’s comments are akin to the motivational tactics of former McLaren boss Ron Dennis, who demanded perfection from his team.

“Winning is like an addiction, and once you stop winning, you want to start to win again – that feeling is something everyone in the factory has now experienced,” explained Horner. “It’s almost the fear of failure which drives you on.

“We’ve got a great base from which to work next year. We’ve got some formidable opponents who we’re up against, but the motivation in the factory is sky high off the back of a year like we’ve just had. It’s a very short winter before we’re up and running again, and the factory is burning the midnight oil.”

Mercedes head into the winter break with a spring in their step following George Russell’s maiden Grand Prix victory in Interlagos.

But the same can’t be said for Ferrari after the resignation of team principal Mattia Binotto in the days following the season finale in Abu Dhabi.

Challenges from Ferrari and Mercedes will come as a headache for Horner as he looks to steer Red Bull away from having the same fate as Renault, who dominated 2005 and 2006 only to struggle in 2007 following a change of tyre supplier.

“You never rest on your laurels,” said Horner. “You’re always looking for that next bit of performance; how can we improve our operations and the car? How can we better support our drivers? It’s never enough, and some of our competitors will be turbocharged over the winter.

“Ferrari have just fired most of their team, but they had a good, competitive car this year. Mercedes have not enjoyed playing a background role in this year’s championship, so for sure, the motivation will be there to get back into a winning position.

“Mercedes are a strong team, and they’ve got very strong drivers, so I expect them to be back next season as a strong contender. McLaren is going through some changes, Alpine have made a step up, and Aston Martin, with Fernando Alonso, could be interesting. So there’s lots of movement going on around the field.”

Ricciardo told to have fun as Red Bull reserve

Following his dismissal from McLaren, Daniel Ricciardo elected not to take up a full-time drive in 2023, deciding on a reserve driver role with Red Bull. He will do simulator work for the team as he prepares for a comeback in 2024.

There had been talks of moving away from F1 or even a spot at Mercedes as their third driver, but in the end, the Australian opted to return to the team, making him one of the most exciting drivers of his generation.

When asked about the Australian’s return three years after departing for Renault, Horner bluntly assesses his stints at McLaren and Renault, saying the Australian did something stupid by leaving the team in the first place.

“Daniel joined us as a teenager and grew up with the team here,” stated Horner. He had some great success here with us, and then he went and did something stupid and went to drive for a couple of other teams, and it never quite worked out.

“But Daniel is such a great personality and big character. We felt it was right to bring him back into the team – and of course, promotionally, he’s got the biggest smile in F1. He will be able to get back to having fun and rediscover his enjoyment of being a F1 driver, rather than the stress he has had over the last couple of years.”