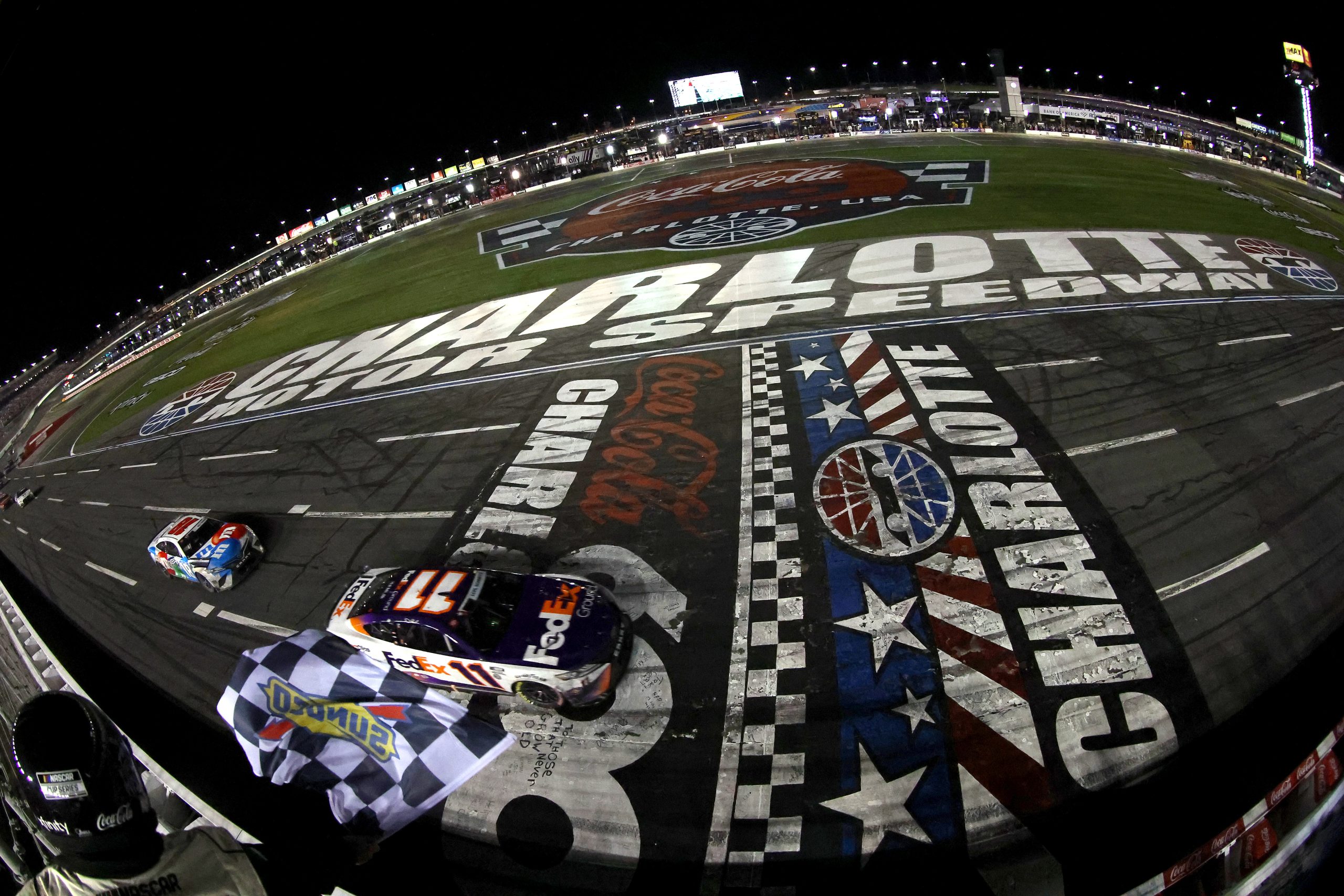 Joe Gibbs driver Denny Hamlin took the win at one of NASCAR‘s biggest events of the year the Coca-Cola 600 with a double-overtime bringing the total lap count of the event to a staggering 413 laps, making it the longest race in NASCAR history.

Running on the same weekend as the 2022 Monaco Grand Prix and Indy 500, The Coca-Cola 600 is one of the NASCAR‘s flagship events surpassed only by the season-opening Daytona 500.

Held at the Charlotte Motor Speedway in North Carolina, the 2022 Coca Cola 600 was a race of attrition with several cars failing to make it to the finish line.

A wild race marred by incidents

The race witnessed 18 caution periods with the longest one being for a lap 191 incident that saw 12 cars taken out after an incident between Dennis Suarez and Chris Buescher.

Buescher was lucky to walk away without serious injury after his #17 Ford Mustang was violently flipped across the infield.

Hamlin who only led a total of 15 laps, would ultimately prevail while battling for the lead for last year’s winner Austin Dillon and Ross Chastain, with the former leading the pack during the race’s first overtime.

That said, with four cars vying for the lead Dillion and Chastain would make contact, handing Hamlin the lead, a position he would hold onto until the checkered flag.

Dillon for his part came through the field after starting second last, with the Hendrick Motorsport driver battling his way through the pack despite brushing the wall, spinning, and even experiencing a brief moment where his car caught fire. The No.3 Chevrolet Camaro driver would eventually finish ninth.

Along with the Daytona and Southern 500s, the Coca Cola 600 completes the trio of NASCAR’s most prestigious races. Having tasted success in the other two events on multiple occasions, Hamlin’s win in North Carolina completes the set an achievement he was thrilled about.

“It is so special. That is the last big one that is not on my resume,” Hamlin told ESPN.

“We weren’t very good all day, but got ourselves in the right place at the right time. Considering how my day went, I was going to be content with a fourth-place finish.”

“With Denny to race that hard and that long and to be here and know how important this race is right here in our backyard, this is just a huge deal,” Gibbs stated.

With one of the biggest races in the bag, the NASCAR Series will now head to the Gateway Motorsports Park in St.Louis, Missouri.