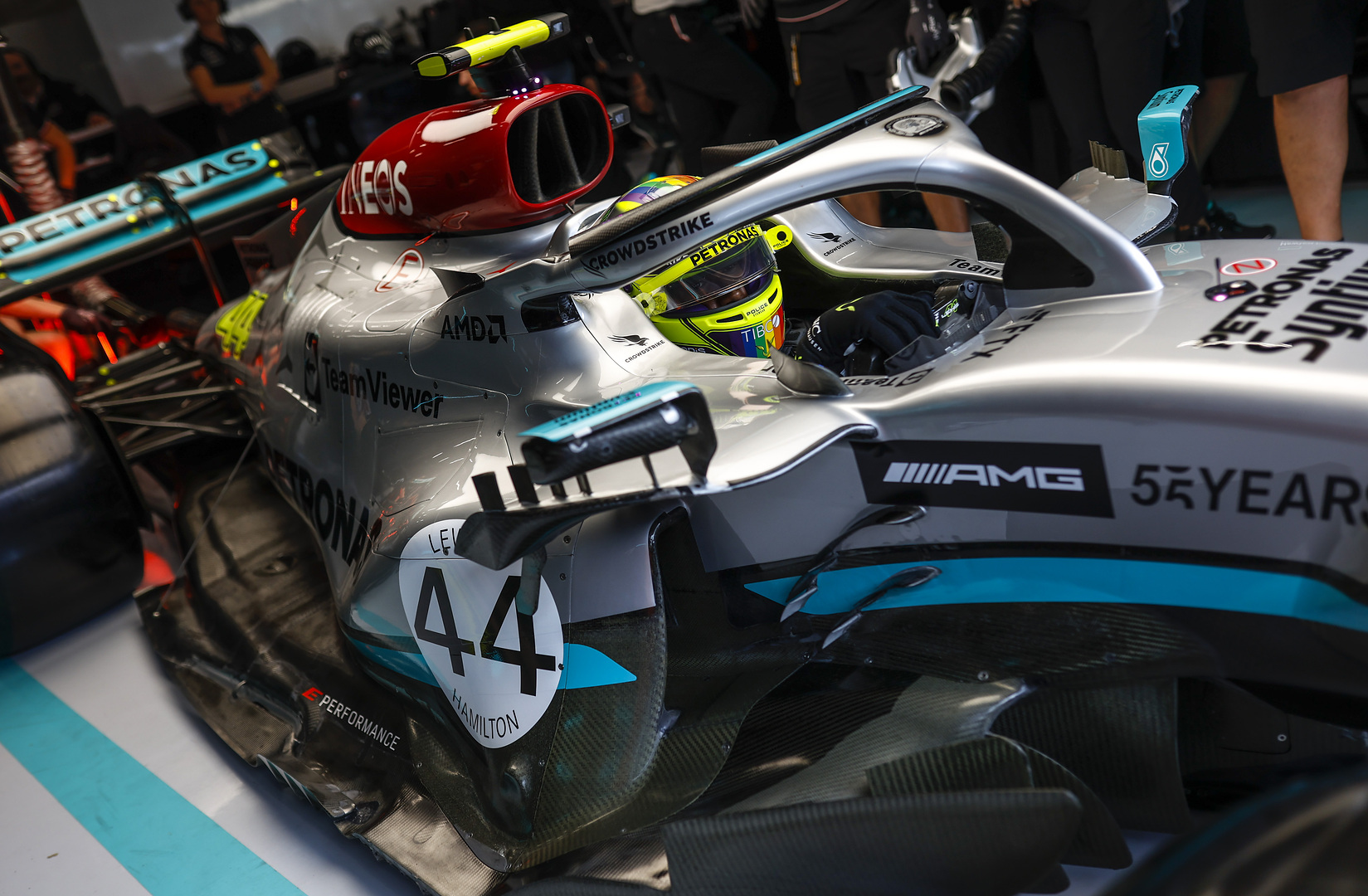 Following the qualifying session for the 2022 Formula 1 Belgian Grand Prix, a dejected Lewis Hamilton admitted that he is prepared to write off this year with the aim of developing a competitive car for next season.

This weekend’s race in Belgium was supposed to be the weekend where Mercedes closed the gap to Red Bull and Ferrari. The Brackley-based outfit was on a run of of five consecutive podium finishes with Hamilton and teammate George Russell securing second and third respectively in back-to-back races before F1’s annual summer break.

However, the qualifying session in Belgium proved to be a massive letdown for the team with Hamilton claiming seventh and Russell eighth, with the pair moving up to fourth and fifth once penalties are applied to the drivers starting ahead of them.

“It’s a car that we continue to struggle with, and definitely won’t miss it at the end of the year,” Hamilton told Sky Sports.

“For me, it’s just about focusing on how we build and design next year’s car. The other two teams ahead of us are in another league. Our car is so much different to theirs. So we’ve got a lot of work to do. We’ll do the best we can with what we have for the rest of the season.”

Hamilton admits expectations were high coming into the weekend

Hamilton also admitted that both he and the team felt like they were going to bridge the gap to Ferrari and Red Bull, though if anything they fell further back following their latest upgrades.

“Everyone’s working for improvements and we came here very, very optimistic that we’re gonna be up to be close by half a second,” Hamilton continued.