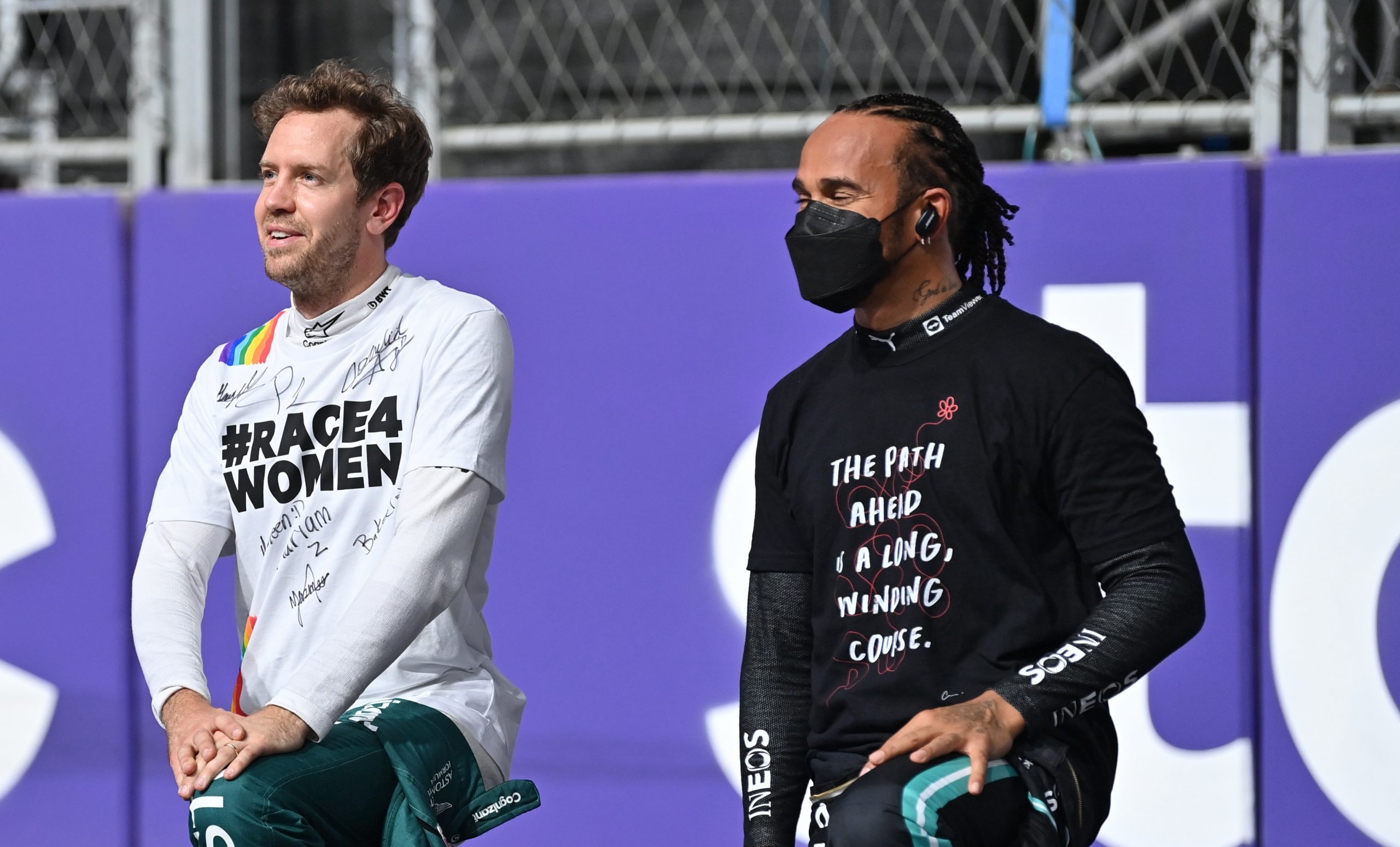 Sebastian Vettel shocked the Formula 1 paddock by announcing his retirement form the sport, and fellow driver Lewis Hamilton has since branded him one of the greatest ever in F1.

Vettel won four Drivers’ World Championships with Red Bull, took 53 race wins over his career, and is third on the list of all-time winners behind Hamilton and Michael Schumacher who have 103 and 91, respectively.

“He stood by me through a lot of things. I remember always one of our first, in 2007 I think, the press conference in Magny–Cours. And him being very, very outspoken in the drivers briefing.

“And I knew then that he was going going to be a powerful figure in the sport.

“But then seeing the success, and then seeing that he puts others before himself. And he’s been so brave and speaking up. And standing up for what he believed in.

“When we talk about legends in our sport, I don’t really love that title to be honest, I think he’s one of the greatest people that we’ve seen in this sport. And we need more like him.”

When pressed on whether or not he is thinking about his time in F1 coming to an end, Hamilton still feels he has a lot to give the sport and is focused on helping Mercedes get back to winning races.

“I think it’s a reminder that I’m in that part of my career,” Hamilton said, “where people that I came up with and raced with for so long will start to stop.

“Before you know it, Fernando [Alonso] will not be here. And who is it after that? I will be the eldest I guess.

“What are the steps we need to do to have everyone aligned in this sport to do more to start truly reflecting the work that we’re trying to do in terms of diversity, I’m thinking of all those things.

“And when I talk about fuel left in the tank, I’m still fighting for all those things and I still feel like I’ve got plenty to go.”