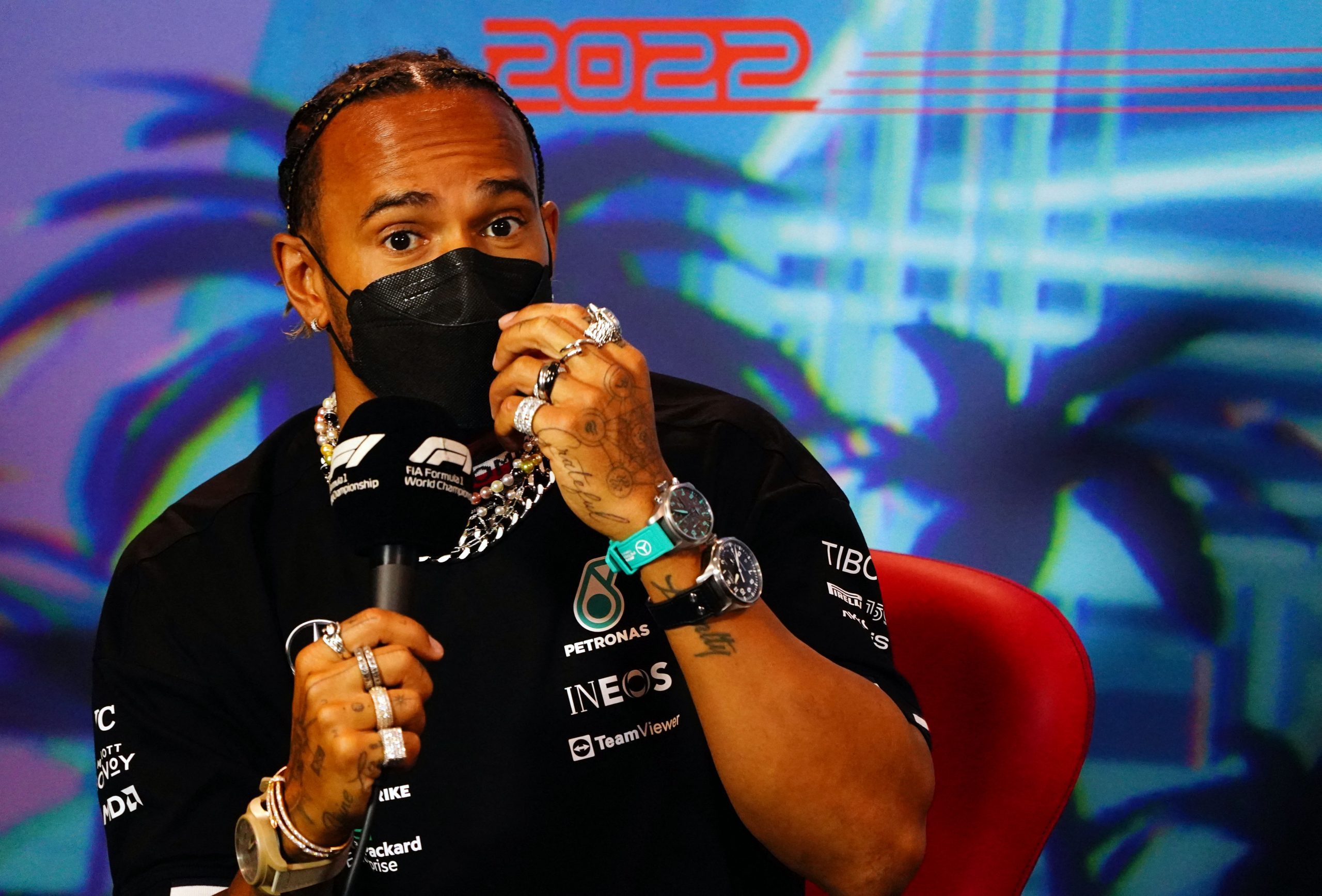 Lewis Hamilton has found himself in a difficult situation after being told by the FIA to take off his piercings and jewellery when racing in Formula 1.

Hamilton has been told that all of his piercings must be removed for the Monaco Grand Prix on Sunday, May 29. However, Helmut Marko has spoken up for the British driver, with the Red Bull executive stating that the FIA are acting excessively.

“I think they [the FIA] are going too far,” Marko told RTL.

“This should be a driver’s personal decision. For as long as [Lewis] Hamilton has been driving in F1, he has been wearing all this jewellery. Why did they suddenly come up with this issue?”

Marko went on to state that F1 drivers should be allowed to express their individuality.

“I think we have enough other things to worry about,” Marko said. “We have to accept and respect the individuality of each driver.”

Asked if he support Hamilton, Marko’s answer was clear: “Yes, I do, and that’s my honest opinion.”

Others in the Formula 1 paddock are not to sympathetic to the plight of Hamilton with McLaren team principal Andreas Seidl claiming any driver not following the rules should sit out the race.

“It’s a rule that’s been in place for I don’t know how many years and if you’ve worked in other categories, it’s not even discussed,” Seidl told Motorsport-Total.

“If you don’t like to take off your jewellery or if you don’t want to put on your fireproof pants, you just don’t drive, it’s quite simple and straightforward.”

“It is a rule for the right reasons,” said Wurz.

The rule regarding removal of jewellery has existed for a long time but has very rarely been enforced by the FIA.