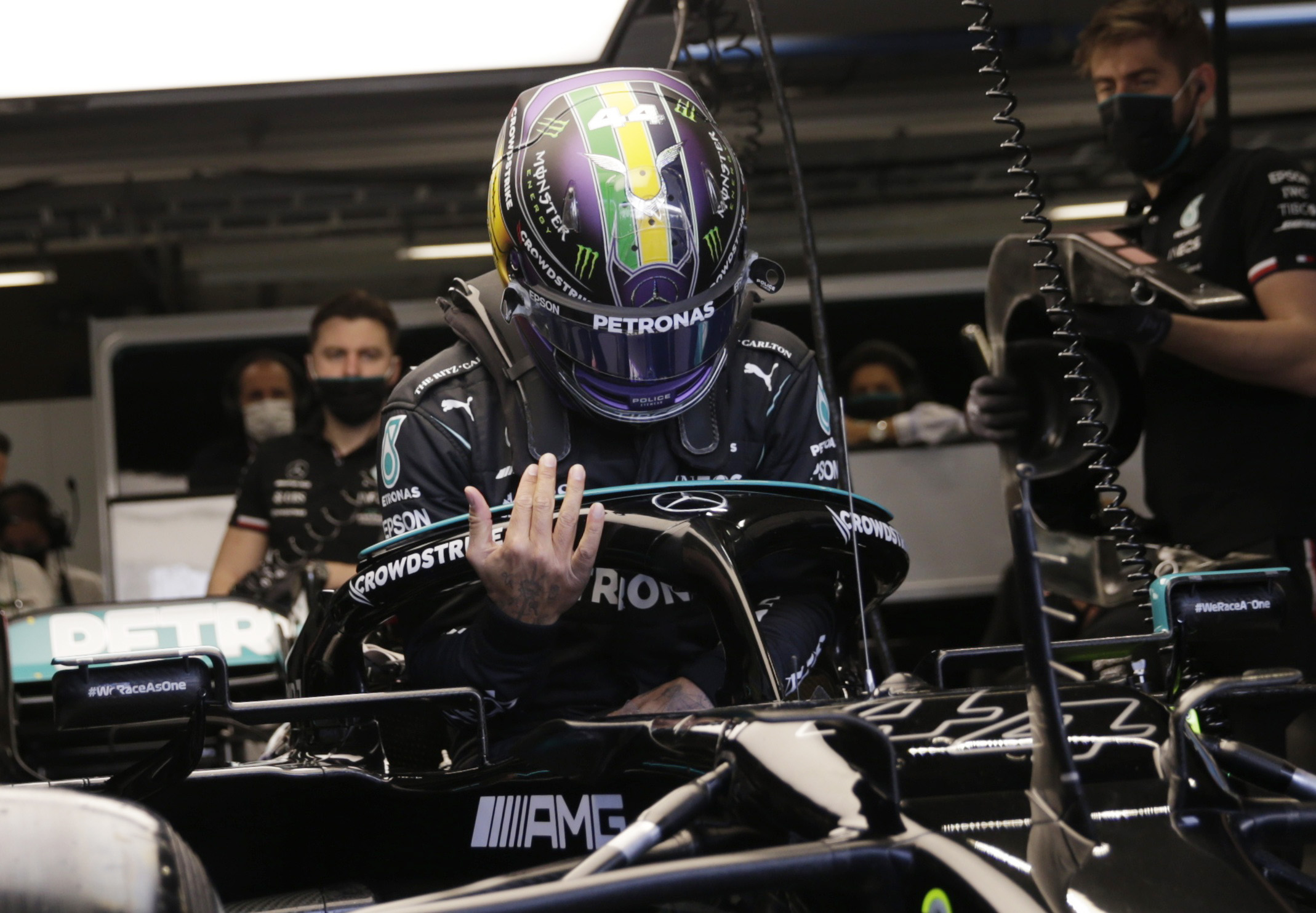 Mercedes Formula 1 driver Lewis Hamilton has been disqualified from the qualifying session for the 2021 Sao Paulo Grand Prix, the FIA has just announced.

The British driver stormed to a comfortable pole position and was set to start the third and final Sprint Race of the 2021 season at the head of the grid. However, in what could prove to be a pivotal blow to his title hopes, the FIA has deemed that his rear wing has violated the DRS regulations, meaning Hamilton will now have to start from the back of the grid.

“Reason The Technical Delegate reported that Car 44 failed the test designed to check the requirements of the last paragraph of Art. 3.6.3 of the 2021 FIA Formula 1 Technical Regulations,” read the official statement made by the FIA.

“The check is described in Technical Directive 011-19. In lay terms, there is a gap between the upper and lower parts of the rear wing. When the DRS is not activated this gap must be between 10mm and 15mm. The car passed this part of the test. When DRS is activated, which raises the upper element of the wing to a flatter position, the gap must be between 10mm and 85mm.

“This test was repeated four times with two different gauges, once being done in the presence of the Stewards and representatives of the Competitor.”

In simple terms, the FIA noticed a discrepancy in the gap of the rear wing when Hamilton’s DRS was activated. While the gap at the center of the wing was in accordance with the FIA mandate, i.e. between 10mm and 85mm, the width of the gap at the outer sections of the wing was wider than mandated (larger than 85mm) meaning it is considered a technical infringement and hence provides cause for Hamilton’s disqualification from yesterday’s qualifying session.

The ensuing ruling means that his title rival and current championship leader Max Verstappen will start from pole for the upcoming Sprint Race in Brazil.

The Dutchman too was reprimanded with the Red Bull driver being issued a €50,000 fine for inspecting the rear wing on Hamilton’s Mercedes at the conclusion of the session.