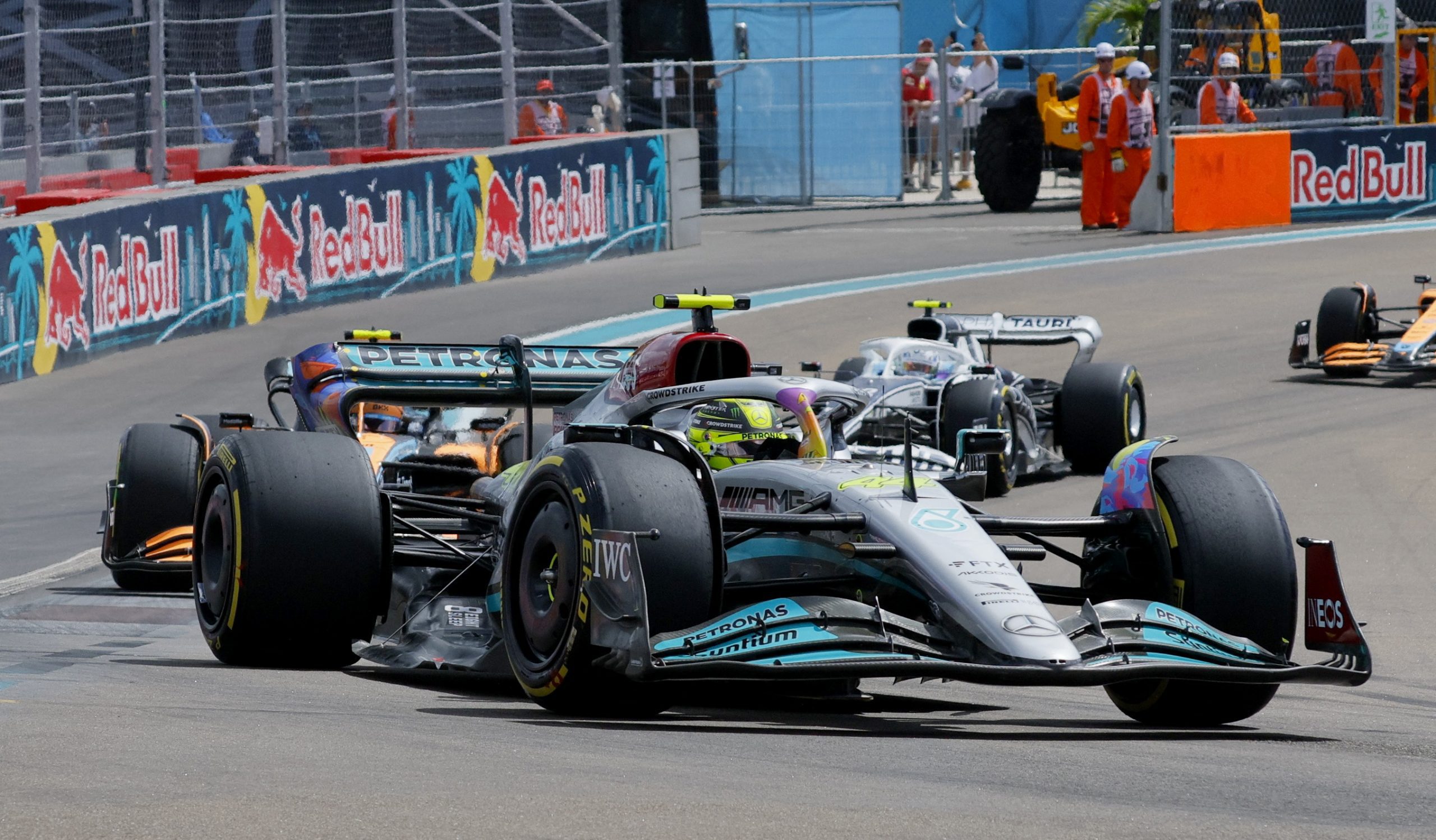 Lewis Hamilton has said he didn’t understand the call by Mercedes to keep him out on track under the late safety car at the 2022 Miami GP after teammate George Russell came in for fresh rubber and eventually passed him for fifth place.

Hamilton on older hard tyres was overtaken by Russell late in the race, with the latter on fresher medium tyres after the team called him in to pit under the safety car after the driver had made the decision to run long during the race on his original hard tyres.

On the radio during the race Hamilton had a back and forth with his team about the decision, with his race engineer asking what he thought they should do. The seven-time world champion replied that it was the team’s call as to what to do, and they ultimately opted against pitting despite having multiple opportunities to do so.

“In that scenario, I have no clue where everyone is, so when the team says ‘it’s your choice’, I don’t have the information to make that decision,” Hamilton told Sky Sports F1.

“That’s what your job is, making the decision for me. You’ve got all the details, I don’t.

“That’s what you rely on the guys for. Today, they gave it to me and I didn’t understand it, but it’s just a bit unfortunate under the safety car.

“But as I said, at least we got points today, we’re finishing and reliability is good. I’m just excited to at some stage take a step forwards, which we haven’t yet.”

Mercedes team principal Toto Wolff said the team had gambled on Russell staying out in the hope of a late change of fortune, which had come at the expense of Hamilton.

“George stayed out a long time, we were betting on a safety car for him which then materialised from nowhere, and that went against Lewis who lost the position,” Wolff said on Sky Sports F1.