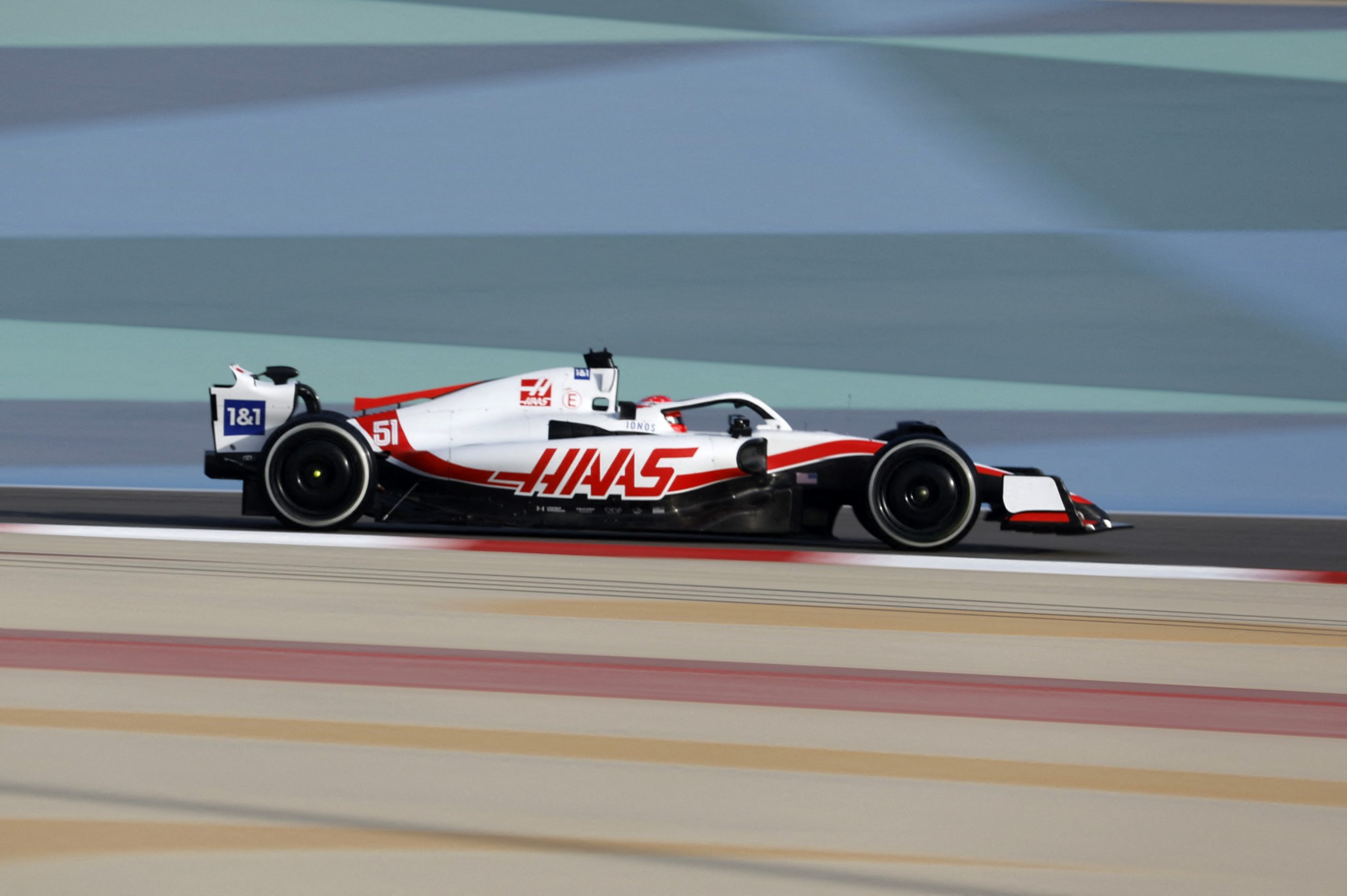 Haas have been down in the dumps since the end of 2019, only for their torrid run to turn into a mini nightmare when Nikita Mazepin‘s actions on and off the track led to some hostility.

Mazepin‘s exit from Formula 1 only came because of the the Russian invasion of Ukraine, forcing Haas to drop him, along with Russian sponsor Uralkali.

However, it may have been a blessing in disguise because it triggered Kevin Magnussen‘s return to F1 and he finished a remarkable fifth at the season-opening Bahrain Grand Prix.

For comparison, Magnussen‘s result was more than triple the amount of points Haas have scored in 2020 and 2021 put together.

The start of a new era for Haas

Haas made it clear that they were putting all of their effort into 2022 and the new regulations, as they opted to sacrifice 2021.

It was a gamble, but a risk that’s paid off because the American outfit have built a brilliant machine.

“It’s good to be back for the whole team,” said team principal Guenther Steiner in a press release. “They’ve done a fantastic job, not just today but for the last two years.

“Everyone kept their head high and just got ready for the moment that we would have a good car.

“When that moment came, everyone did their part and I’m very proud of them, and they can be proud of themselves.”

How Haas returned to the F1 midfield

The impressive aspect about Haas is, it’s not as simple as sacrificing a season to give yourself a better chance with new regulations.

Alpine haven’t moved forward compared to 2021, whilst McLaren somewhat sacrificed last year, only to fall to the back of the grid.

Haas don’t have the same experience as other teams in their technical department, yet have built a car that is very competitive and it looked excellent at the Bahrain International Circuit.

Although they have been bolstered by Ferrari‘s new power unit, it’s the handling of the VF-22 and how easy it is to extract speed that will pay dividend in the early stages of the season.

For Magnussen to get up to speed quickly is a clear demonstration of that, as he appeared to be at one with the car after just a few hours on his return to F1.

“To be top five was crazy,” said Magnussen. “The car felt very good and we were able to push the entire race.

“We maybe had more degradation than we expected in the first stint but we made up for that in the second and got back on track.

“We’ve learned a lot from the car this weekend though but at this point it’s still difficult to say anything about the strengths and weaknesses of our car.

“Driving it, it doesn’t feel like it’s got any massive weaknesses, it’s balanced throughout different speeds but it’s hard to say whether the other cars are even more balanced than ours or have even more grip.”

Where can Haas finish in the constructors’ championship?

Remarkably, Haas are currently third in the standings of the constructors’ championship, only behind Ferrari and Mercedes.

Red Bull will inevitably overtake Haas, but fourth place is definitely up for grabs. A lot will depend on whether Mick Schumacher can match Magnussen, after he was outshone at the season-opener by the Dane.

Considering Haas‘ first pre-season test, when they completed the least number of laps in Barcelona, and cargo plane issues disrupted their running in the Bahrain test, it’s incredible they are at the sharp end of the midfield

It’s going to be fascinating to see how Haas fare at the Saudi Arabian GP in Jeddah and the new Albert Park circuit in Australia, to see if they can maintain their form. The way the car performed in Sakhir suggests Magnussen and Schumacher will score a lot of points in 2022.