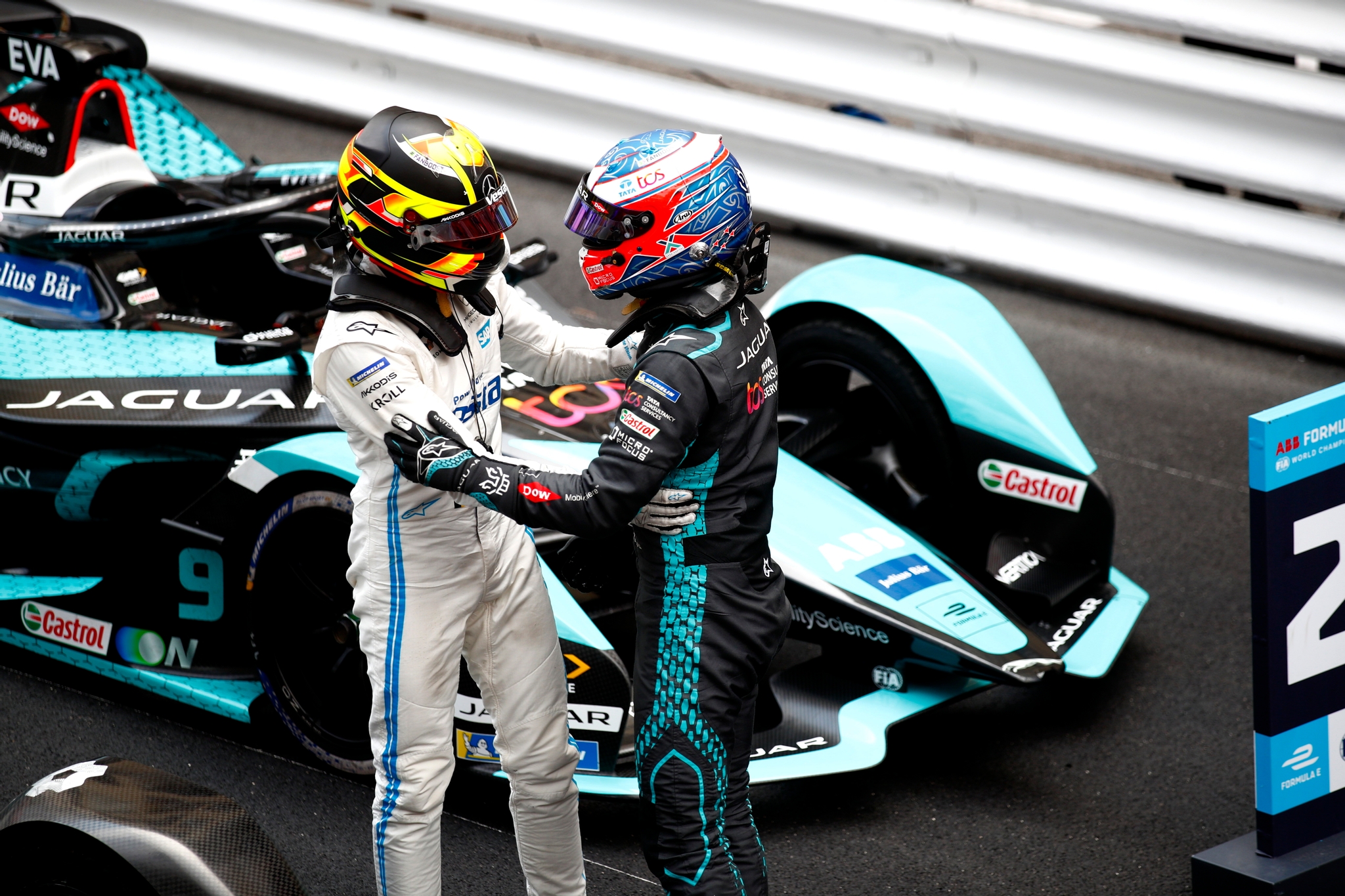 Stoffel Vandoorne won his first race of the season at the Monaco E-Prix to take the lead of the Formula E championship after holding off a frustrated Mitch Evans.

Vandoorne, who started from fourth, managed his energy in the early part of the race and timed his use of attack mode to leapfrog his rivals to take the lead.

His victory puts him six points ahead of Jean-Eric Vergne in the championship, with Evans and Robin Frijns close behind in third and fourth.

It was Evans who started from pole position and controlled the first half of the E-Prix, before the first attack modes saw the race come alive.

Pascal Wehrlein took the lead from Evans with a move into the Nouvlle Chicane, but the Porsche driver’s first place was short lived as he slowed down and was forced to pull off after the tunnel.

Vandoorne had also overtaken Evans and when Vergne took his second attack mode, the Belgian found himself in the lead where he would hold position to record a much-deserved victory.

“For any driver, it’s such a special race,” said Vandoorne. “Everyone wants to tick the box here and to come here after a struggle last year and qualify well is great.

“I knew I was in the mix and I knew I had a very strong car in the race running, then we executed a perfect race so yeah, I’m very happy.

“We’ve always been fighting at the front this year and I’ve qualified on pole but just couldn’t convert them into victories. But now, from fourth, it was finally my turn.”

Porsche not only lost a potential victory with Wehrlein, but they ended up scoring no points when Andre Lotterer ended his afternoon in the barriers at Sant Devote.

Lotterer was racing Oliver Rowland until the pair collided which saw the Porsche driver end up in the wall. Rowland received a three-grid place penalty for the next race in Berlin for the incident.

The result dropped Porsche down to sixth in the teams’ standings, 35 points behind leaders Mercedes.