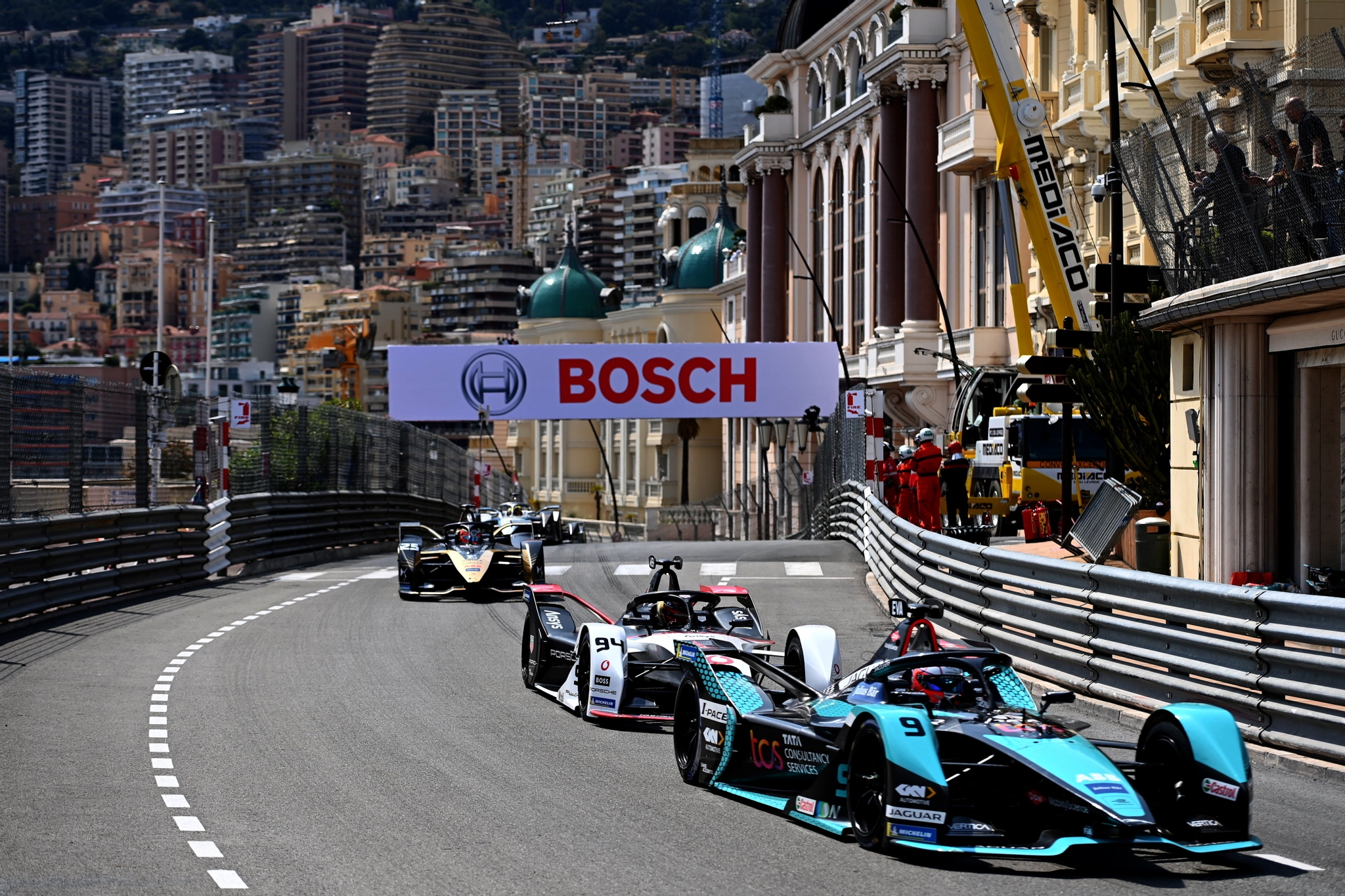 Formula E‘s 2022 Monaco E-Prix wasn’t quite the thriller of last year, but it was still entertaining and it provided more evidence that you can have great racing around the streets of Monte Carlo.

Stoffel Vandoorne took a deserved victory to take the lead of the championship, with Mitch Evans cruelly missing out on first place at the Principality for a second year running.

The cream rose to the top on Saturday with a quartet of drivers emerging as title protagonists for the first time this season – Vandoorne, Evans, Jean-Eric Vergne and Robin Frijns.

Following the mayhem of last season, it feels like Formula E has a proper title race on its hands and the racing continues to be world class.

A quiet Monaco E-Prix suddenly kicked off with two-thirds of the race remaining in typical Formula E fashion.

As ever, attack mode played a big role and ignited the race which led to some sublime wheel to wheel racing through Saint Devote, Beau Rivage and up to Massenet.

Through the corners, the drivers were right on the limit, brushing the barriers and sliding their way out of the turn as they got hard on the throttle.

Whilst energy management will always be a factor in Formula E, there was certainly no tyre saving and the strategical racing we had was superb.

The endless train of cars behind Evans in the first half of the race just showed how competitive Formula E is and the drivers are making the crucial difference.

Vandoorne has gone somewhat under the radar this season and has been the better driver of the Mercedes pair, especially in race trim.

The Belgian, who now leads the championship by six points from Vergne, was the most efficient driver in the opening stages of the race and he made the most of it when it counted to romp away and was uncatchable at the end.

“It’s a fantastic feeling,” said Vandoorne. “Monaco is one of those very special races that every driver wants to win. We had a tough weekend here last year but we really managed to turn things around this time.

“Our goal was to qualify well up the field, and after that, it was obvious to me that we could be top contenders as well and that’s how it went. We were really flying today, so many thanks to the team for putting such a strong car at my disposal.”

Vandoorne was arguably the most unlucky driver last season, as he saw his teammate Nyck de Vries go on to lift the title.

With a more ‘natural’ season this year, partly thanks to the new qualifying format which is working brilliantly, Vandoorne is in prime position to become the new Formula E champion.

“My start to the season wasn’t easy, but consistency is paying off now,” continued Vandoorne. “I’m really pleased about that. I feel like I’ve been fighting up front all season.

“I’ve had a few pole positions but couldn’t quite convert them into wins, so this weekend, I decided not to qualify on pole but to go for victory instead, and that strategy worked.”

Pascal Wehrlein was having an excellent day and was running in first place until his car suddenly lost power which was incredibly annoying.

Instead of at least a podium, if not a win, Wehrlein is in the second group of drivers in the Formula E driver standings and should be right near the top.

Porsche say they don’t know the cause of the retirement and will investigate what the issue was.

“The car shut down completely and we had no contact with the driver, no radio, nothing,” said Porsche director Florian Modlinger.

“Pascal is mega disappointed to go from the lead and score no points so it’s really disappointing.”

More bad news came prior to the end of the E-Prix when Andre Lotterer was ran out of road by Oliver Rowland ended up in the barrier at Sant Devote. Rowland has received a three-grid place penalty for the next race in Berlin for taking Lotterer out.

For Porsche, they showed very strong pace but reliability and an incident meant they walked away from Monaco with nothing.

Bird out of title contention

A top driver we can rule out of the championship fight is Sam Bird, who suffered a second consecutive retirement after wishbone damage ended his afternoon early.

There are still 10 races left in the season, but Bird has been uncharacteristically below par and off the pace of his Jaguar teammate Evans.

Formula E is all about tiny margins and Bird has been on the wrong side of the clock a few too many times, leading him to not make the qualifying duels, so has started races down the order and has been out of contention to battle for the win.

If Evans and Bird are close to each other on the track, don’t be surprised to see the New Zealander get priority, given the state of the championship.