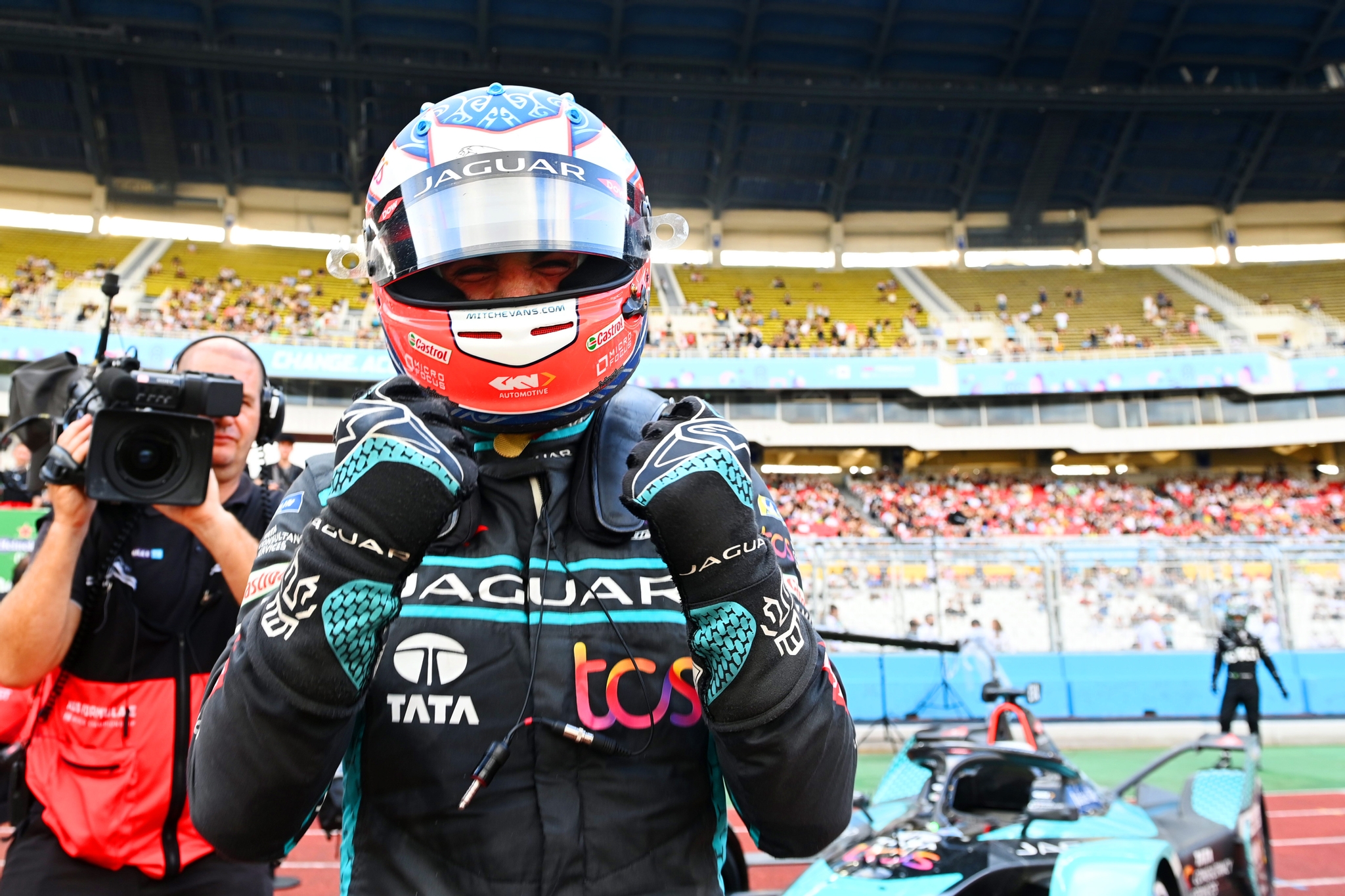 Needing a positive result to keep the 2022 Formula E title race alive, Mitch Evans did just that as he won the first race of the Seoul E-Prix to reduce Stoffel Vandoorne’s lead in the Driver Standings.

Vandoorne ended Round 15 in fifth place, meaning his lead over Evans is now down to 21 points with the final E-Prix of the season coming up on Sunday.

“That was the plan [to keep the Championship race alive],” Evans said after the E-Prix.

“It has been a lot of work since London to make sure we can make this result possible.

“This morning was tricky, we didn’t quite have the pace, but then the rain came at the right time – I qualified at the front – and had a good start.

“The race was really hard to manage, the conditions change all the time, so thanks to the team for guiding me through.

“This is what we needed, we don’t give up, so we go to tomorrow and keep fighting.

The 2022 Seoul E-Prix came alive as soon as the lights went out, with Evans in the Jaguar jumping the Mahindra of polesitter Oliver Rowland and following Lucas di Grassi in the Venturi through Turn 1, before a brilliant move into Turn 3 gave the Kiwi the lead.

And with things going well for Evans at the front, a huge eight-car pile up on the opening lap brought out a Red Flag.

Evans led from the front

After the events of the opening lap the race restarted behind the Safety Car, Evans was never under any real pressure and moved well ahead of Rowland to take the chequered flag.

Vandoorne, who was seventh on the grid, managed to get himself into fifth and score four extra points as he closes in on the 2022 Drivers’ Championship.

“Mitch won the race and kept the championship race open,” Vandoorne said, “but I think we just need to focus on ourselves, do a little bit better tomorrow and then see what happens.”