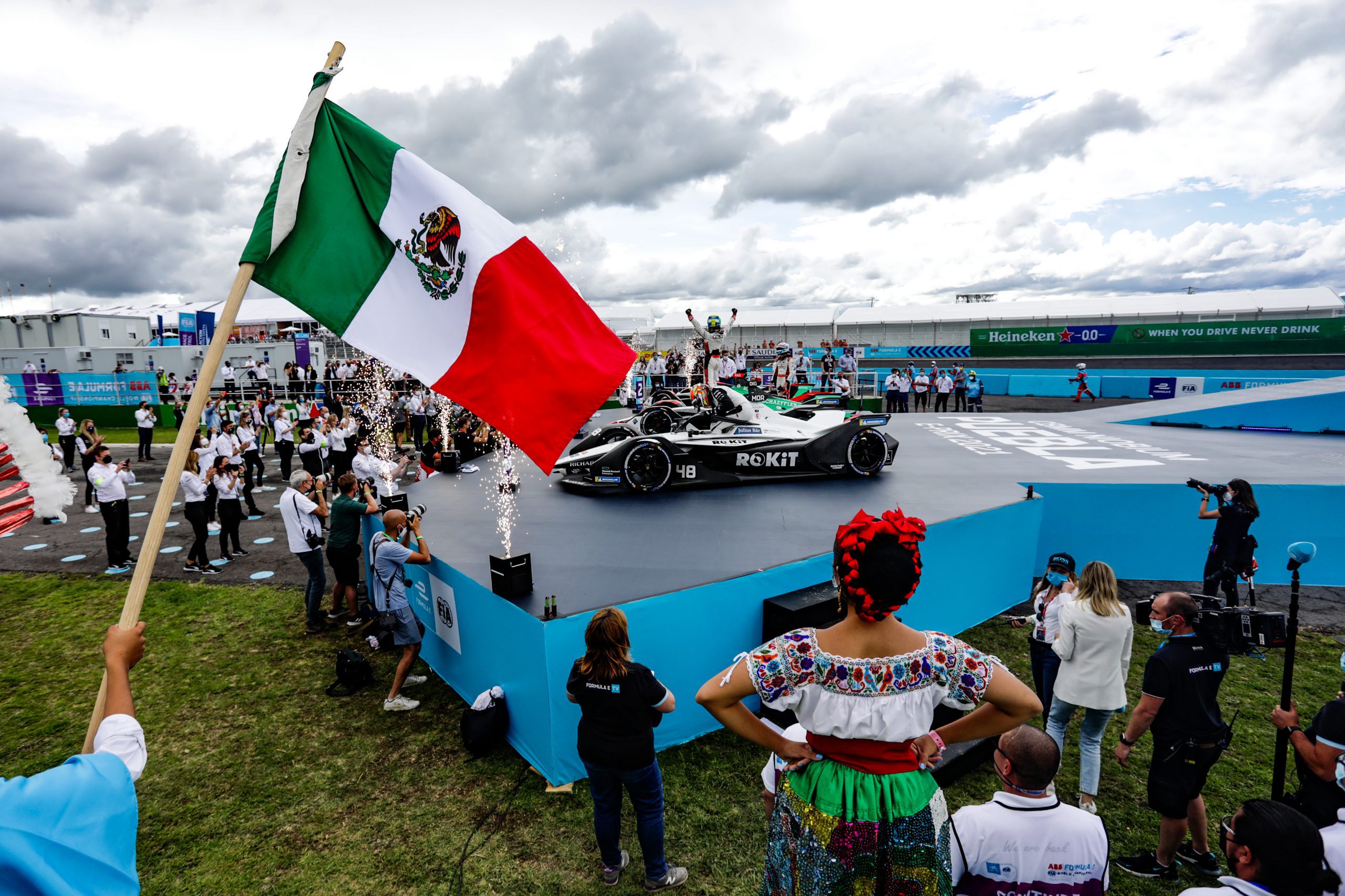 There is something about Formula E in the Mexican capital which guarantees drama and exciting racing, with the all-electric series back in Mexico City on Saturday.

The championship first visited Mexico City in 2016 and the event has become a fan favourite, with thousands of spectators flooding the baseball stadium in the middle of the track.

Formula E is just over seven seasons old, so it’s difficult for the series to create prestigious events when it’s so young. However, the Mexico City E-Prix has quickly become one of the highlights of the season and it’s back after a year away.

When you think about Formula E in Mexico City, the name Lucas di Grassi will immediately spring to mind. His two wins at the Autodromo Hermanos Rodriguez were incredible, going down in Formula E history as classic races.

In 2017, Di Grassi was running at the back and was nearly a lap down after breaking his rear wing when Maro Engel hit him.

A mid-race Safety Car helped him catch up, and it’s here where Di Grassi took a big risk. A car swap was still required during those days in Formula E, so Di Grassi pitted, along with Jerome d’Ambrosio to make their mandatory car change.

Only 18 of the 45 laps had been completed so it looked impossible for both drivers to save enough energy, whilst maintaining competitive lap times, to finish the race.

The rest of the field swapped their cars during green flag conditions, so Di Grassi and d’Ambrosio vaulted to the front of the order.

Another Safety Car wiped their big lead out, and they had significantly less energy than everyone else.

Running in second, D’Ambrosio robustly defended from the drivers behind which caused mayhem and allowed Di Grassi to scamper up the road.

Jean-Eric Vergne and Sam Bird eventually found a way by d’Ambrosio but it was too late as Di Grassi somehow saved enough energy to take a miraculous victory.

Di Grassi does it in style again

Two years later, Di Grassi was involved in one of the most intense lead battles in Formula E yet.

A three-car train led by pole sitter Pascal Wehrlein, with Oliver Rowland and Di Grassi in second and third were nose to tail for most of the race with nothing to separate them.

The tension built throughout the E-Prix until a huge crescendo with four laps to go, when it became clear that it wouldn’t be easy to reach the chequered flag without running out of energy.

Di Grassi made a clever move on Rowland to take second place, as Wehrlein began to defend vigorously.

No matter how hard Di Grassi tried he couldn’t find a way past, ducking and weaving behind the German who was just hanging on. However, with less than 100 metres to go, Wehrlein ran out of energy so Di Grassi dramatically slipped by to take another outstanding win.

What makes Mexico City stand out?

The Autodromo Hermanos Rodriguez is the only permanent race track Formula E will visit in 2022 and the fast, flowing nature of the circuit works wonderfully for the Gen2 cars.

Permanent race tracks don’t necessarily work for Formula E, Valencia’s double-header in 2021 showed that, but Mexico City’s mixture of corners, including the famous Peraltada where the cars are right on the edge of their capabilities at high speed, creates exciting racing.

The attack mode activation point is in the middle of the stadium section, so there’s a strong chance of side by side action in front of the massive crowd who will generate a buoyant atmosphere.

Who to look out for at the Mexico City E-Prix?

As ever in Formula E, it’s incredibly difficult to predict who will come out on top at each event. Mercedes and Venturi looked very strong at the season-opener in Diriyah, and it will be fascinating to see if they will remain the teams to beat on a completely different track.

Championship leader Edoardo Mortara has never won more than one E-Prix in a season and he will face a stern test from Venturi teammate Di Grassi who loves Mexico.

Jaguar need a big day to bounce back from a disappointing Diriyah E-Prix, so Sam Bird and Mitch Evans will be desperate to get up to speed quickly and iron out the qualifying mistakes they made in Saudi Arabia which put them on the backfoot.

Evans was the winner of the last Mexico City E-Prix, with a dominant performance.. Surprisingly, that was Evans‘ last victory in Formula E, so there will be extra motivation to end his two-year winless run.

Antonio Felix da Costa is another big name who needs to finish on the podium on Saturday to bring himself into title contention.

The Techeetah driver is yet to put any points on the board, but has finished the last two Mexico City E-Prix in second place. Da Costa is a very confident driver and he doesn’t need to build-up his driving to get into good form.

From nowhere, Da Costa can deliver exceptional performances and he will be hoping to stamp his authority and send a message to his rivals this weekend.

Where to watch Mexico City E-Prix