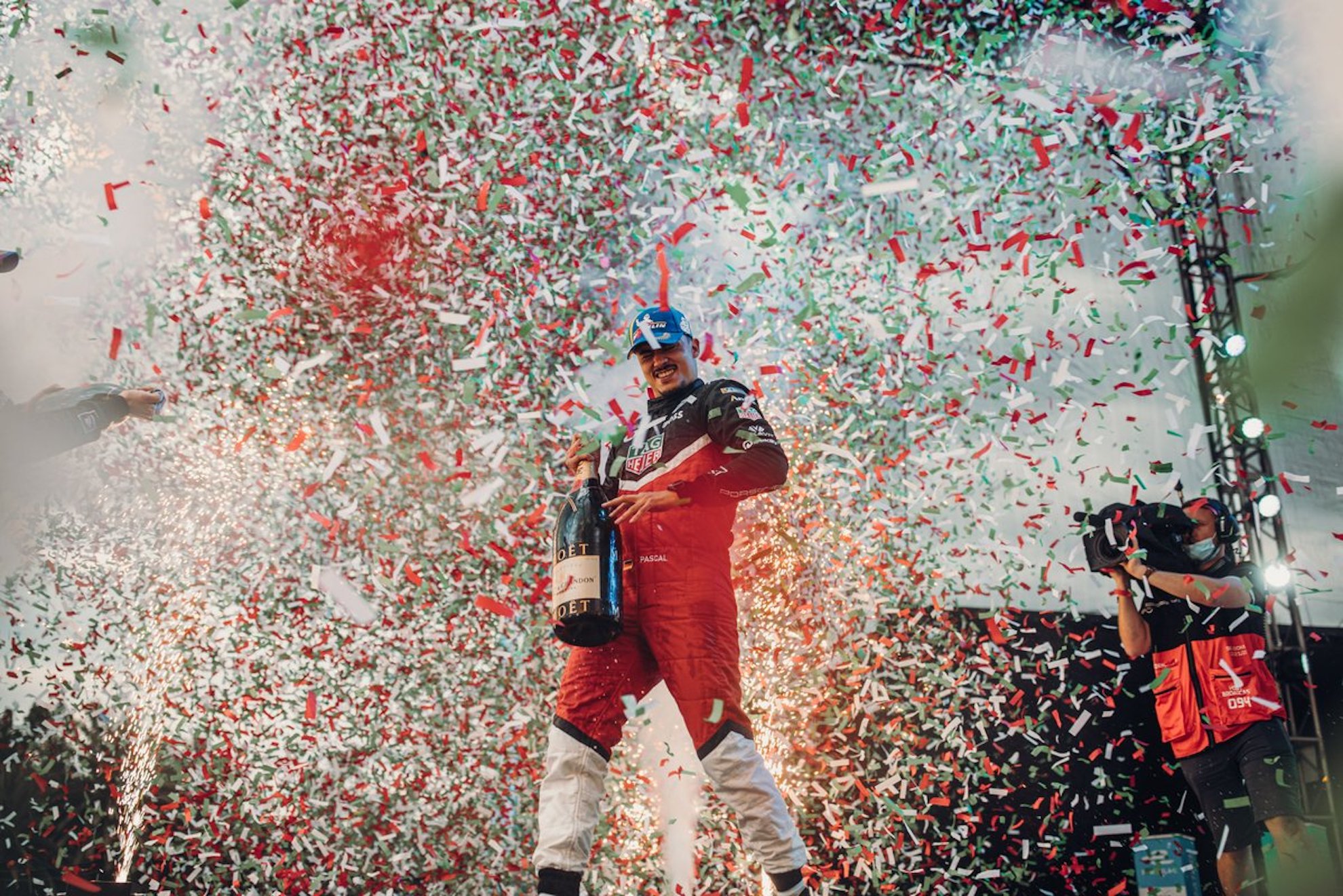 On paper, Pascal Wehrlein had an easy afternoon to convert pole position into a maiden Formula E win, but it was far from simple.

Porsche have often struggled with their race pace compared to their rivals, and it looked like Wehrlein was going to face a similar problem in the early stages of the Mexico City E-Prix when he lost the lead to Edoardo Mortara.

Jean-Eric Vergne also vaulted up the order to overtake Wehrlein, but Porsche were playing the long game and that strategy was perfect as they brought home a memorable 1-2 at the Autodromo Hermanos Rodriguez.

Championship leader Mortara was looking strong out in front, with a handy margin over the rest of the field.

However, Wehrlein and teammate Andre Lotterer were saving their energy and didn’t want to get involved in any battles which is why they appeared to be vulnerable in the first half of the race.

The Porsche drivers didn’t need to strategically use their attack modes to win, and they knew their car was working well at the Autodromo Hermanos Rodriguez.

As the other drivers began to seriously manage their energy, Wehrlein and Lotterer made their moves.

First, Vergne was dispatched before Mortara quickly fell back just minutes later. It was soon a Porsche 1-2 and as expected team orders were issued to ensure a historic day in Porsche‘s motor racing history.

There were signs before the race

Wehrlein and Lotterer got up to speed very quickly in practice and the altitude of the track suited the efficiency of the Porsche machine.

There is just one hour of practice before qualifying in Formula E, so it’s vital to have a good setup and a car which can gel with the track.

Everything came together beautifully for Porsche and crucially Wehrlein didn’t panic when he lost the lead, and was even prepared to lose track position in order to put himself in a better position towards the end of the race.

It was a very wise move and his three seasons of experience in Formula E definitely played a part in his performance.

Can Porsche back their dominance up?

Porsche‘s 1-2 is just the fourth time in Formula E a team has taken the top two spots on the podium.

The Autodromo Hermanos Rodriguez is 2200 metres above sea level and it’s the only permanent race track on this season’s calendar, so it has unusual characteristics.

It suggests Porsche‘s performance was a one-off, but they were so dominant in Mexico City that the other teams must now see the German manufacturer as a real threat.

“To have the first victory for me and the team, it feels amazing,” said Wehrlein. “I’m so grateful for this team, I really love them. “The car was amazing.

“The win was very important for me. I’ve been so close so many times, even in Mexico last year to finish first but then get disqualified so it was payback this year.”

They say in sport that the first win is the hardest to get, so the monkey is now off Wehrlein‘s back and his victory may give him a significant confidence boost for the rest of the year.