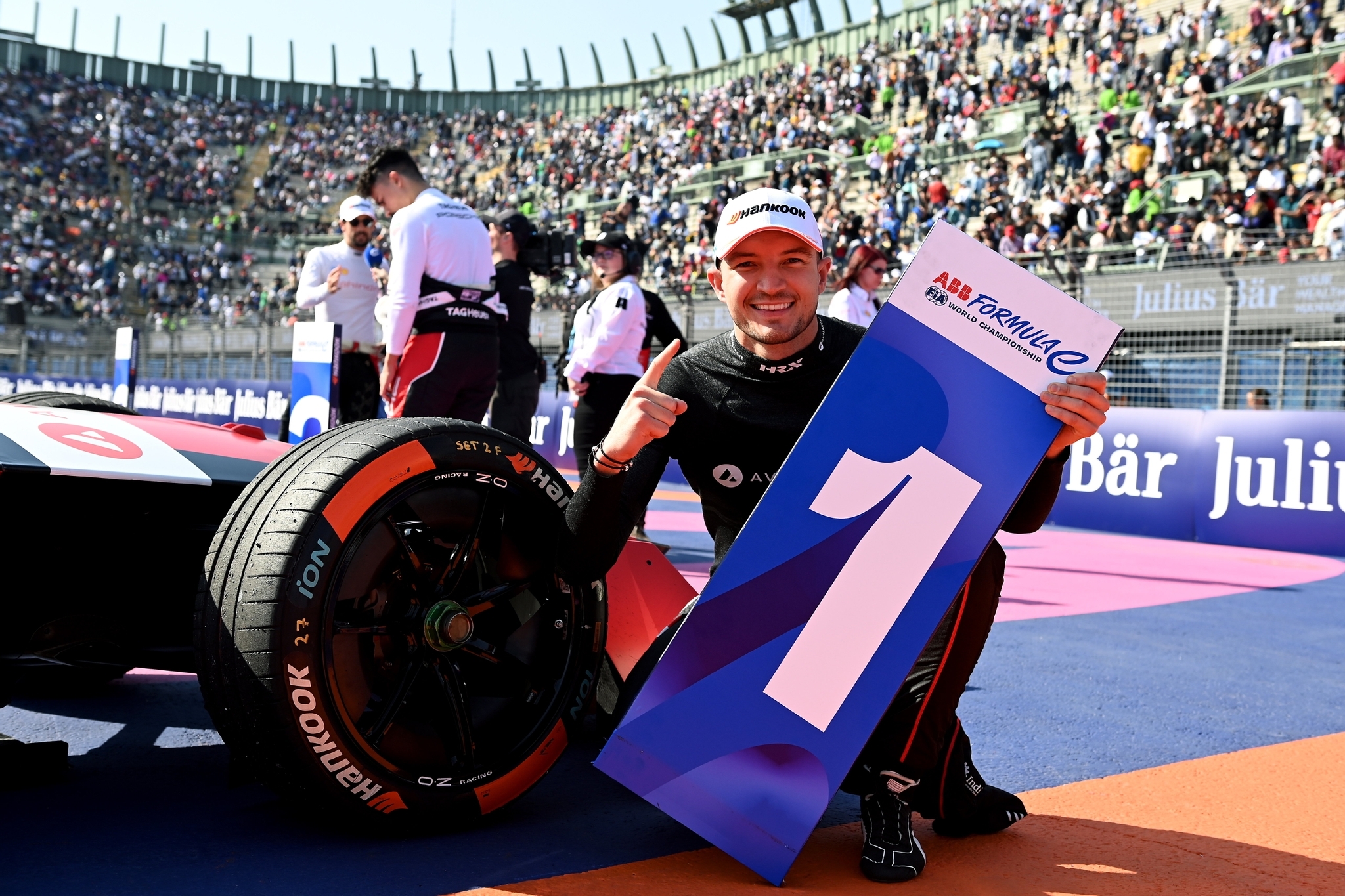 Jake Dennis and Avalanche Andretti trounced the Formula E field in the 2023 Mexico City E-Prix to take the first victory of the sport’s Gen3 era.

Formula E has moved onto their third generation of cars, with the 2023 incarnation, faster, lighter and more powerful than last year’s Gen2 version.

Over 40,000 Mexican fans packed into the Autodromo Hermanos Rodriguez as Dennis took the win by almost eight seconds, after starting second on the grid, ahead of Pascal Wehrlein in the Porsche. Pole sitter Lucas di Grassi defended valiantly to bring the Mahindra home in third.

“The fans here have been sensational. In that final lap I could really hear them cheering,” Dennis said after the 2023 Mexico E-Prix. “To start on the front row and then win by that much, with a Porsche one-two, so big shout out to my team.

“It was such a physical race. These cars are so hard to drive physically and with the lower grip as well, it makes everything more challenging.

“But it’s even more rewarding, especially when you win by five seconds. Time for some tequila with the team, an incredible race.

“My team and I have such a good relationship together. We just work so well. It didn’t look like it was happening in qualifying, we turned it round, made some small adjustments for the race and absolutely nailed it.

“Big kudos to my guys, this is a small repayment to them and hope to have more success because Saudi isn’t that far away.”

Dennis and Di Grassi were on the front row of the grid and after a safety car infused first part of the race, the Andretti driver made his move on Lap 12 after the Brazilian made a mistake into Turn 1.

The Brit then drove off into the distance, first opening a four second lead before it was wiped out by the safety car, then eventually brining the Andretti home almost eight seconds in front of second place man Wehrlein.

After starting sixth, Wehrlein in the Porsche first made an excellent move on Jake Hughes in the McLaren, before taking advantage of Di Grassi having significantly less remaining energy to move into second place. He opened up an 11-second gap to the Mahindra.

It looked as if Di Grassi would drop down the order after being passed by Wehrlein, but Hughes on his Formula E debut, was unable to pass the veteran Brazilian driver. Di Grassi managed to defend from the McLaren, and eventually got his energy situation under control and took the final podium position.

“It was a very very tough race, of course we know in this race that the Porsche‘s are really fast, remember last year they won P1, P2 and they disappeared,” Di Grassi said.

“It was impossible to hold Jake and Pascal, I was running low on energy but I tried to defend as much as I could.

“In the end a podium is like a win for us with only three or four days in this car, there is so much potential to take it out further, so I am very happy.”

Hughes then had to contend with Andre Lotterer in the second Andretti who passed the rookie on the inside at the hairpin on the final lap to take fourth.