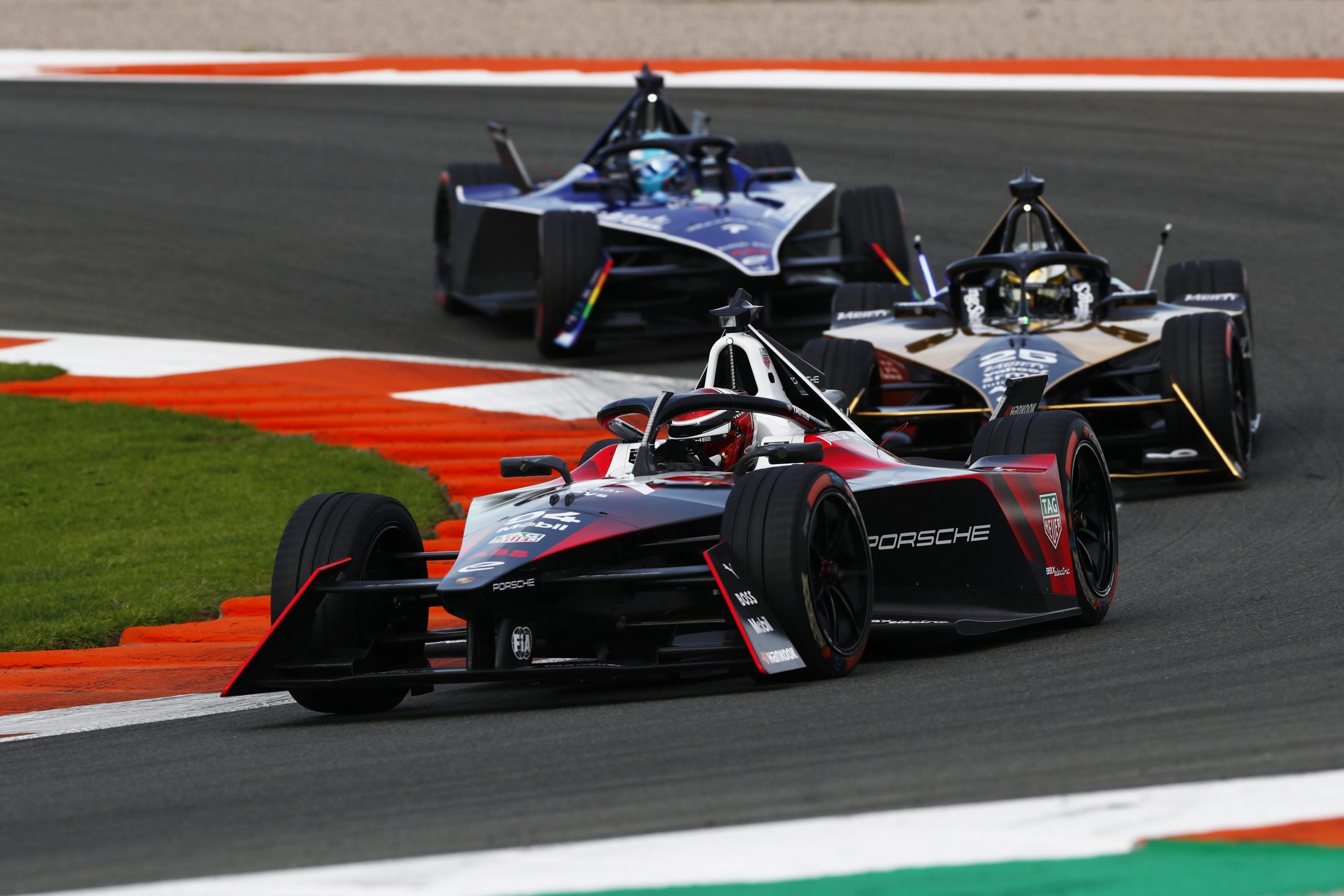 Formula E is all change for 2023 and one new aspect which is set to be a major talking point is the tyres. Whether you love tyre talk or not, those four circular big pieces of rubber on each corner of the Gen3 car will play a pivotal role in the pecking order.

Hankook are now the championship’s tyre supplier, replacing Michelin, and the consensus from pre-season testing is the tyres can last for a long time, a very long time.

Total-Motorsport.com understands the drivers and the FIA requested for a harder tyre compound from Hankook, which is exactly what they have produced.

In fact, the tyre is so hard, Lucas di Grassi said the rubber can “last for a week”.

“I think initially the idea was to use less tyres per season season,” Di Grassi, who will retire when his Formula E career ends, told Total-Motorsport.com.

“So the tyre is a lot harder. It’s harder to put temperature into the tyre and how long the tyre lasts is incredible.

“You can literally do a week of testing with a single set. You could do a 24 Hours of Le Mans without changing the tyre!”

In pre-season testing last year, with the Gen2 car, Edoardo Mortara set a 1:25.763 which was expected to be bettered by at least three seconds in Valencia with the more agile, powerful and lighter Gen3 machine.

Instead, the fastest time was a 1:25.127 by Maximilian Gunther and some drivers believe there is the possibility of the new car being slower in qualifying at some tracks than last season’s Gen2 car.

Hankook’s European motorsport director Manfred Sandbichler has explained he thought the Gen3 car would be faster, but remains confident that performance will come.

“We are now in deep analysis on why it is coming and how we can come up with this,” said Sandbichler.

“But in general we can see the car is faster, even if at this time it is not as fast as expected, but we are working on it.

“What I’ve learnt so far is that everyone is in the discussion now to analyse why and what happens, but it’s still a long learning process and we have a lot to learn.”

Last season, the drivers generally did two runs in the group session but it’s possible that they may stay out there for the entire 12-minutes, such is the characteristics of the tyre so the drivers can build temperature and get the rubber into the optimal working window.

“I think that will happen, especially in the colder ambient conditions,” Andretti driver Jake Dennis said when asked if that would be the case in qualifying.

“I don’t think we will when they go to places like Jakarta it will be a bit more normal. But at some places you definitely won’t have one lap like t have like a one lap we did last year, it will be about building into it through the session.”

How will the tyre impact the racing?

The fastest laps in Valencia testing were set after at least four flying laps and there is no need for tyre saving in the race.

Harder tyres mean you have less grip in the corners, so you are slower. It might mean the extra power and speed on the straights in the Gen3 car is outweighed by the tyres, so the new cars could be slower than the Gen2 machine.

Di Grassi is positive about the compound and has backed what Hankook have delivered for their first season in Formula E.

“I told the CEO of Hankook, ‘Look, you hear a lot of complaints with the tyre because the tyre is harder and the drivers, they always like softer [compounds], better grip’,” said Di Grassi.

“But from what was requested, the tyre is really really good. It lasts a lot, has good grip, not the best because it’s not soft, but it has good grip. It lasts at least 10 times what the Michelin did last year.

“In the race that changes the dynamic a lot because last year one of the focuses of the race was to preserve the rear tires because you only recuperate from the rear. So if you lose rear grip, you also lose energy.

“This year because it’s front and rear you can actually recuperate as hard as you want. So I would say the next step is to make the tyre slightly softer, to gain grip, but in general it’s impressive what they achieved.”

The operating window appears to be wider than the Michelin tyre, but, since the car and tyres are still new, finding that window is difficult.

Those who adapt best will likely be at the front in season-opener in Mexico City, where the warmer conditions may help.

From a fan perspective, expect to see more sliding as the drivers can now afford to let the rear out without damaging the tyre.

“I think it is a good thing for the people watching,” said Porsche‘s Antonio Felix da Costa. “There will be mistakes from drivers, it will be harder to dominate this car and I think that will produce very good racing.

“It’s not quite as quick yet as we thought we would be, but I think it will come with time and I think it’s going to produce some really good racing.”

DS Penske‘s Jean-Eric Vergne added: “I really like this car. It’s fun to drive, a big challenge and exciting to discover a new car to try and understand the little secrets.

“There is a big room for improvement for the drivers in the way you drive it and the teams with the way you set up the car.

“I could have done the whole Valencia test with one set. I had very old tyres on the final morning to do a test, saving the new tyres for later, but still went very quick.”

One major benefit for the new tyre is it will significantly decrease the chances of a major accident when heavy rain falls towards the end of the race.

In the first race in New York last season, rain fell and caused multiple drivers to aquaplane off the track in a huge crash.

Formula E has always ran an all-weather tyre, so there is no need to change tyres when it rains, but the harder Hankook compound means more rubber will be on the tyre at the end of races, so it should be able to handle any conditions, even after a long period of time.

“Personally I feel like it’s a good thing so far,” explained McLaren‘s Jake Hughes. “The car the tyre is more durable so we will have a lot more consistent races.

“We won’t probably see what we saw in New York last year if it rains because the tyre is consistent over its life which is positive.

“But also I really enjoy the feeling of the tyre so far. The package of the car, with the tyre bolted to it seems to suit my driving style quite well.

“I feel the car extremely well on the limit. You will see a lot of cars fishtailing a lot and then sort of scrambling for grip which from a fan’s point of view I think is a positive, it looks exciting.

“We could have some thermal issues with the tyre that you may have with any tyre. So it’s not a wear-limited tyre.”