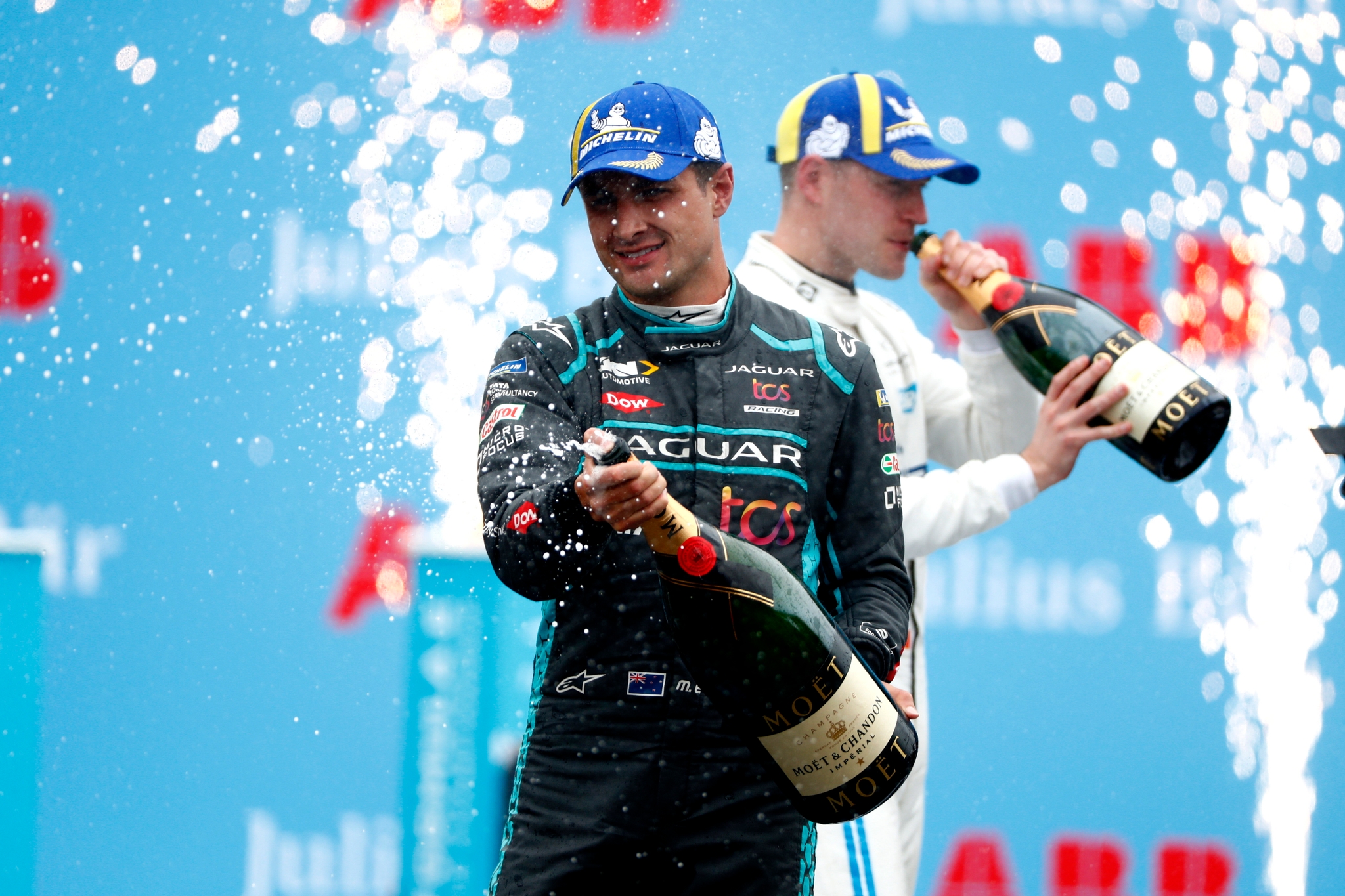 Mitch Evans made it two wins from two races at the Rome E-Prix as he took his Jaguar to the top step of the podium in Round 5 of the 2022 Formula E season.

After a stunning drive on Saturday, which saw him come from ninth to take the Round 4 win, Evans put his Jaguar on fourth place in qualifying which would seemingly make life a little easier for Sunday’s race.

The double win catapults Evans into the title picture as he now sits just nine points from championship leader Jean-Eric Vergne. For context, the New Zealander started the weekend with just one point.

Vergne, who started on pole in Round 5, initially pulled away from the pack as Porsche driver Andre Lotterer and Andretti’s Jake Dennis battled it out for second. However, slowly Dennis dropped down the order and Evans made his move into third.

Then, following a Safety Car with 24 minutes to go, Evans made his move on Vergne and took the lead. But it wasn’t all plain sailing for the Jaguar man as Envision’s Robin Frijns, utilising his eight-minute Attack Mode, surged into first place.

Evans, who again conserved his energy well during the race, didn’t utilise his Attack Mode until the final moments, and after the rest of the field, which meant in the closing stages he could slip past the field to regain first and eventually take the win in Rome.

Going into the Rome E-Prix, Venturi driver Edoardo Mortara was leading the Driver Standings, and although a seventh place finish in Saturday’s race allowed him to keep that lead, he damaged the front wing of his car when attempting a move on Antonio Felix da Costa.

Then Mortara clipped he wall at Turn 19 and broke his driveshaft which resulted in retirement from the race, which means he has dropped to fifth in the Driver Standings just behind Evans.