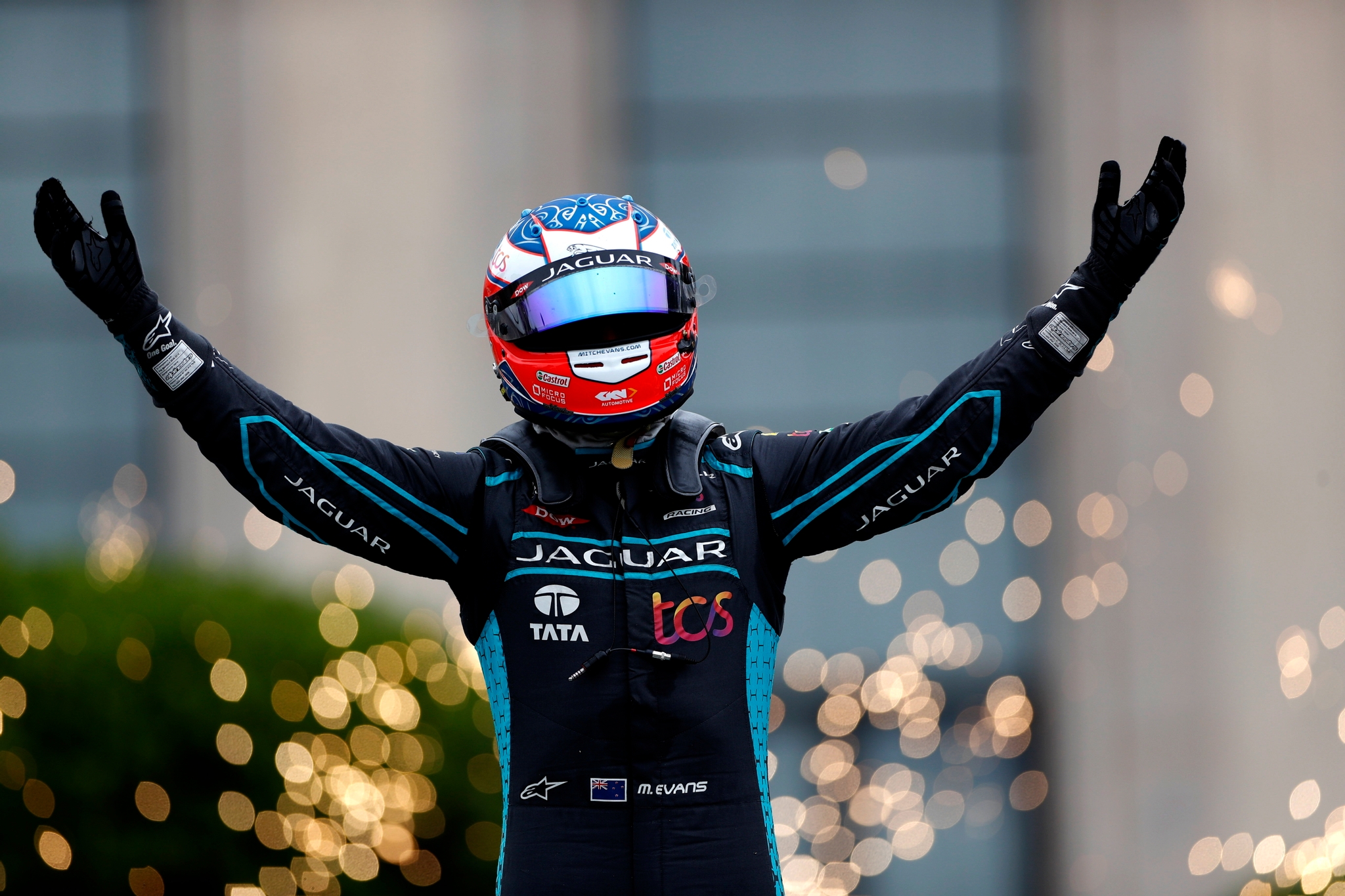 A masterful display from Mitch Evans saw the Jaguar driver come from ninth on the grid to claim a comprehensive Round 4 Formula E win at the 2022 Rome E-Prix, his second victory in the Eternal City.

Stoffel Vandoorne qualified on pole position, but the Mercedes-EQ driver had to be content with third as he was passed by Evans and Envision’s Robin Frijns, who started the Rome E-Prix in second. DS Techeetah’s Jean-Eric Vergne came in fourth, just ahead of the second Jaguar of Sam Bird.

Vandoorne and Frijns were locked in a battle for first during the early stages of the Rome E-Prix, with Nyck de Vries running just behind. The DS Techeetah’s Jean-Eric Vergne and Antonio Felix Da Costa were also looking dangerous, but an early Safety Car caused by Max Guenther crashing at Turn 11.

Trading blows throughout and utilising Attack Mode well, Frijns eventually made his move, but with just 14 minutes left Vandoorne retook first place with his Attack Mode. Slowly sneaking up on the battle for first was Evans, who had cleverly managed his power in the early stages, giving him an extra boost towards the end as he drove away from the pack.

“We knew we’d be strong but not this strong,” Evans said after the E-Prix. “It was a really good race for the team.

“We’ve struggled with points since the start of the season, so to bag a load of points has come at a really good time. The way the car is designed means it’s very strong on raw street circuits like Rome. There’s a lot of surface changes, bumps and 90 degree turns.”

Current Formula E champion De Vries endured a torrid afternoon in Rome, eventually retiring after slipping down the order in the final stages. At one point the Dutchman was running third in the race, with the ending surprisingly similar to Race 2 of the Diriyah E-Prix this season.