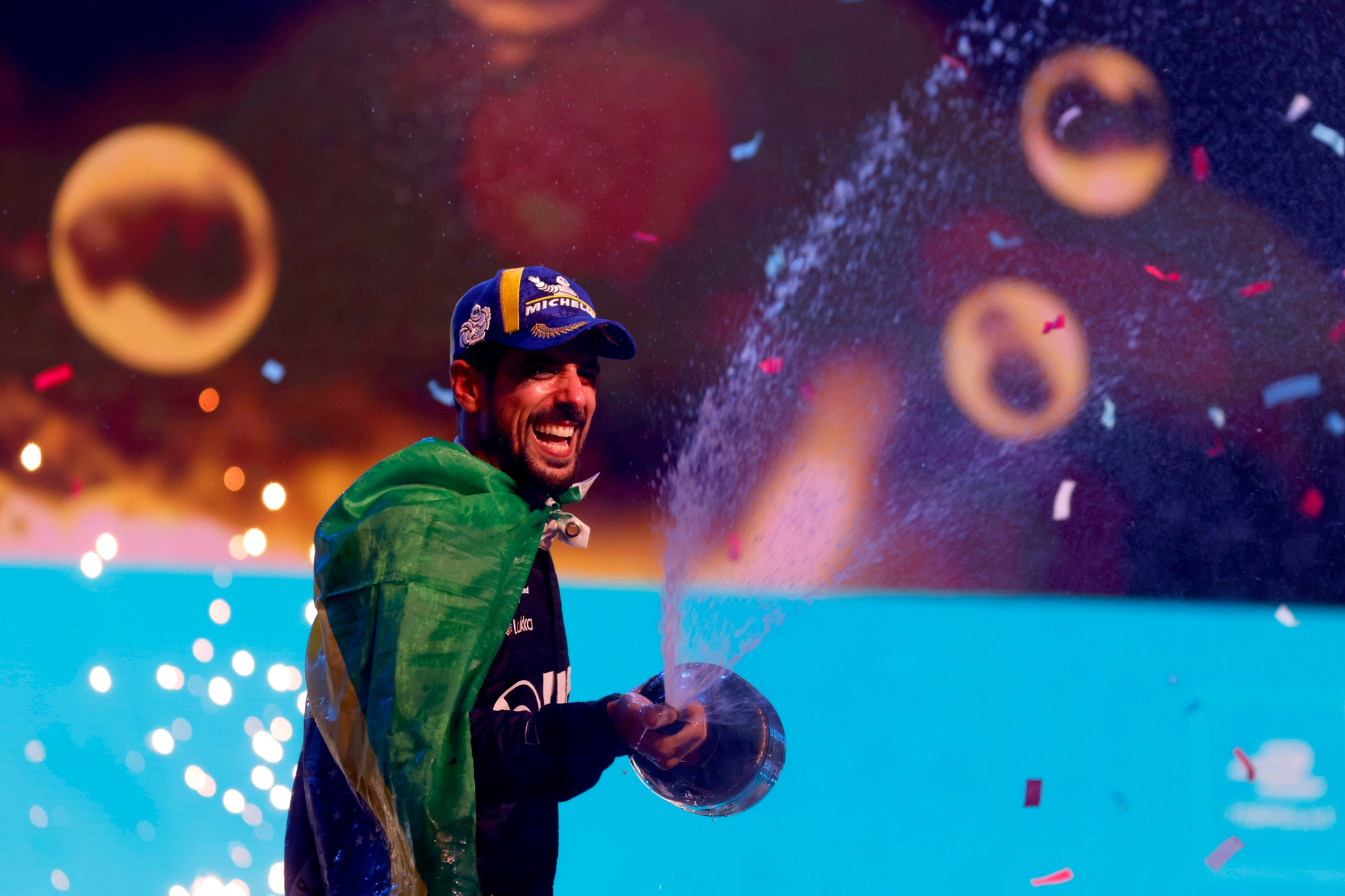 Lucas di Grassi bagged his first ever win for Venturi, as he magnificently held off pole sitter Jake Dennis to claim the Race 2 win at the Formula E 2022 London E-Prix.

As 40,000 spectators packed the grandstands at the ExCeL London arena, Di Grassi and Andretti driver Dennis were involved in a ding-dong battle throughout the Round 14 race, with the Venturi driver coming out on top in the Attack Mode battle.

The drivers had three four minute spells in Attack Mode and Di Grassi jumped Dennis, who won Saturday’s race, after the last activations and managed to pull out a large enough lead to ensure he took the chequered flag.

“[Winning] means everything,” Di Grassi said after the E-prix. “Thank you everybody for being here. Congratulations to all my competitors, all the great drivers out there.

“The car was amazing today and after what happened yesterday, I think we deserve it very much.

“Today, we used Attack Mode to create the right energy buffer and then when the time was right we used the energy and opened the gap and just kept it from there.

“Jake was struggling a little bit to the rear of his car I think and I saw that if I could push for two or three laps it was enough because here was very hard to overtake. So thanks to the guys that made it the perfect car today.”

In the battle for the Drivers’ Championship, Mitch Evans and Stoffel Vandoorne found themselves in the middle of the pack after qualifying, with the Jaguar man getting the jump on standings leader Vandoorne at the start.

And just as Evans proved on Saturday, the Jaguar has great race pace as he scythed through he field, eventually getting up to fourth place, but just moments from the end his car lost power and his race was over, and probably his title chances as well.

Mercedes EQ driver Vandoorne now has a 36 point lead over the New Zealander, and with just two races remaining, the likelihood he will be overhauled is slim.