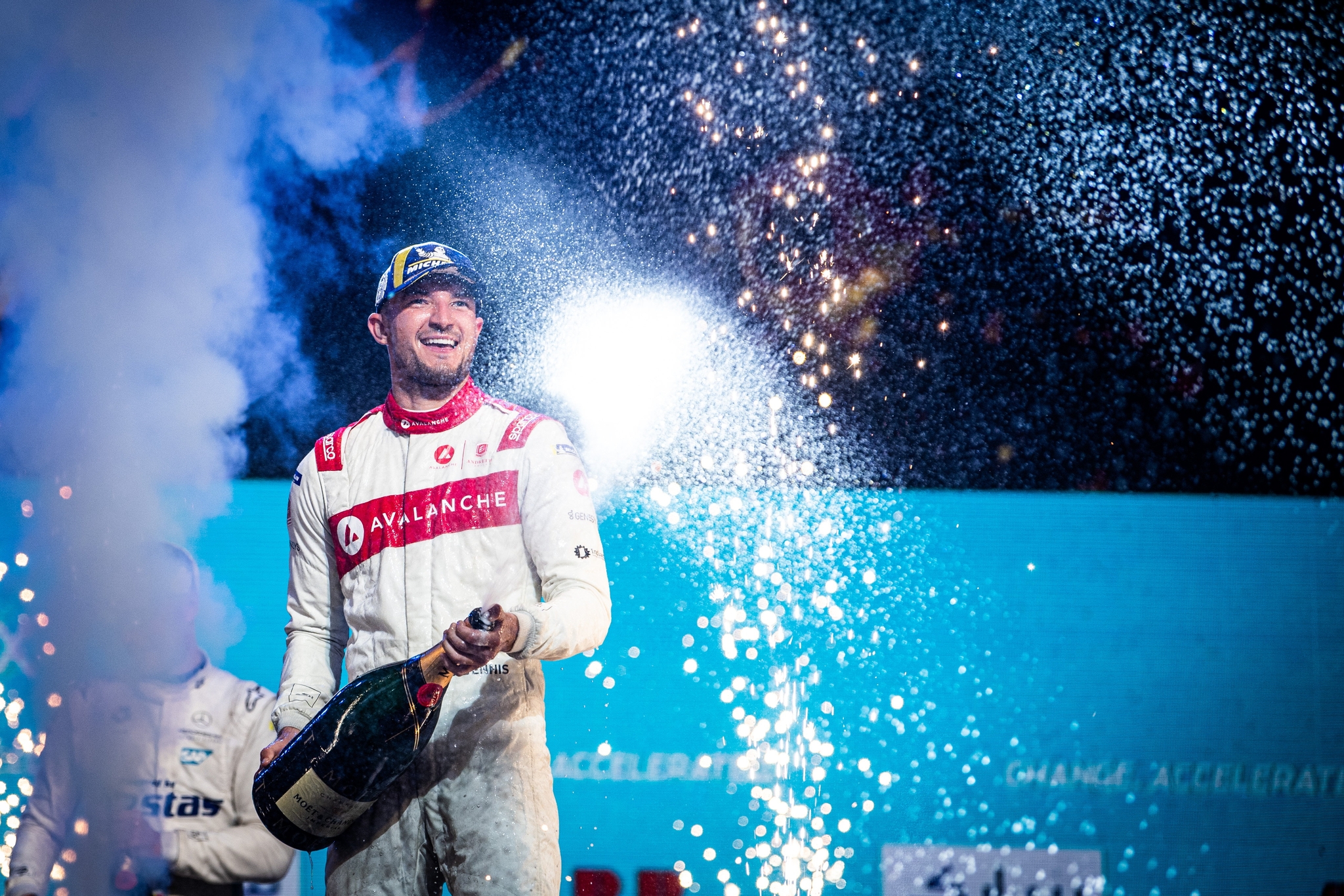 Dennis started on pole position at the unique outdoor/indoor ExCeL London street circuit and led every lap to take a commanding victory, with the home fence giving the Brit a standing ovation as he crossed the line.

“Honestly it was one of the hardest races I’ve ever done just physically,” Dennis said after the E-Prix. “As the rubber gets down on the surface, it’s an indoor surface, it’s so hard to turn the steering wheel.

“But we managed 45 minutes, and honestly the car was amazing. So it was a technical race trying to manage Stoffel and Nyck, obviously two teammates working together.

“So I had to manage that and the team did a great job, the car was incredible, and the strategy was strong.”

Mercedes EQ driver Vandoorne went into the London E-Prix leading the Drivers’ Championship and came out with a 26-point advantage over Mitch Evans in the Jaguar.

The Belgian never really threatened Dennis for the lead at any point in the race, as all his title rivals were stuck way down the order giving Vandoorne the perfect chance to score big points with three races remaining.

“It was a good day today finishing second,” Vandoorne said after the race. “Well done to Jake, I think he had an incredible day, and then he drove a very intelligent race.

“For us, there was really no answer to him. I tried to stay as close as possible for as long as I could, but on this circuit it wasn’t enough to get him. But great team results second and third.

“So yeah, let’s keep pushing – three to go, and tomorrow is another opportunity.”

Problems for Evans and Mortara

With Vandoorne well ahead of Evans and Edoardo Mortara, the latter was in wars after just one lap and had to pit for a new front wing, which effectively ended his race.

Meanwhile, a mistake from Evans in Qualifying left him 14th on the starting grid and with a big job on to score points.

That he did and a brilliant recovery drive took the New Zealander to sixth place finish, before being promoted to fifth after Nick de Vries, who finished third, was hit with a five-second penalty.