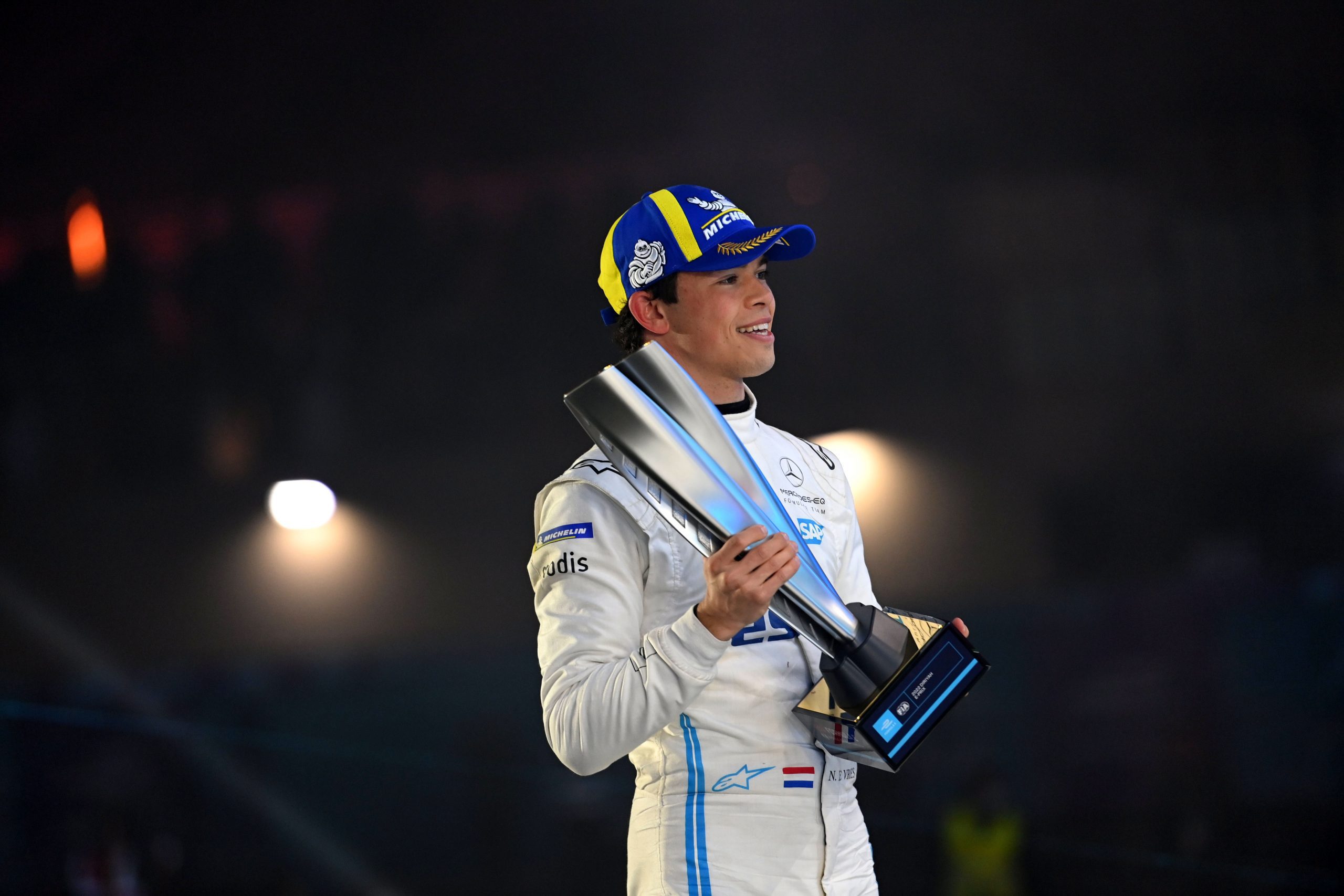 The 2022 Formula E season is underway, with fans of single-seater motorsport finally having some action to sink their teeth into after the chaotic conclusion to the Formula 1 campaign in 2021, and it was a memorable opening race for Mercedes as Nyck de Vries led the team to a dominant 1-2 finish.

It was a remarkable drive from De Vries, who had missed almost the entirety of the opening practice session after crashing, yet he was able to snatch the win away from teammate, Stoffel Vandoorne, who made a technical mistake whilst in the lead.

The dominance of the Mercedes car was clear from the beginning of the race in Saudi Arabia, with both accelerating beyond the chasing pack, until an early safety car was required following an incident which saw Oliver Rowland crash into a wall.

Mercedes had hoped for a clean race between their two drivers, yet there was almost a moment of calamity for Vandoorne.

After choosing not to back the pack up during the safety car in-lap, he looked to charge forward and add vital length to his lead. However, a mistake on his attack mode activation saw him slow and concede the lead to De Vries, with the pair avoiding a collision.

“I’m a little bit disappointed,” Vandoorne admitted after the race. “But I don’t think it’s bad to be disappointed with a second place.

“I was leading the race with pretty much everything under control, and then I missed my loop on my second attack mode activation and just handed the position to Nyck.”

Best of the rest

Jake Dennis of Avalanche Andretti was the third and final driver on the podium on Friday evening, although he was left concerned at the eight-second gap he surrendered to Mercedes’ duo.

It looks like it will be a long season for the chasing pack, with the German team having improved their car the most during the off-season and it is hard to see a scenario where De Vries and Vandoorne aren’t battling for the title.

Antonio Felix da Costa was the only driver alongside Rowland not to finish the race, although the Portuguese driver suffered from suspension damage rather than a serious crash.