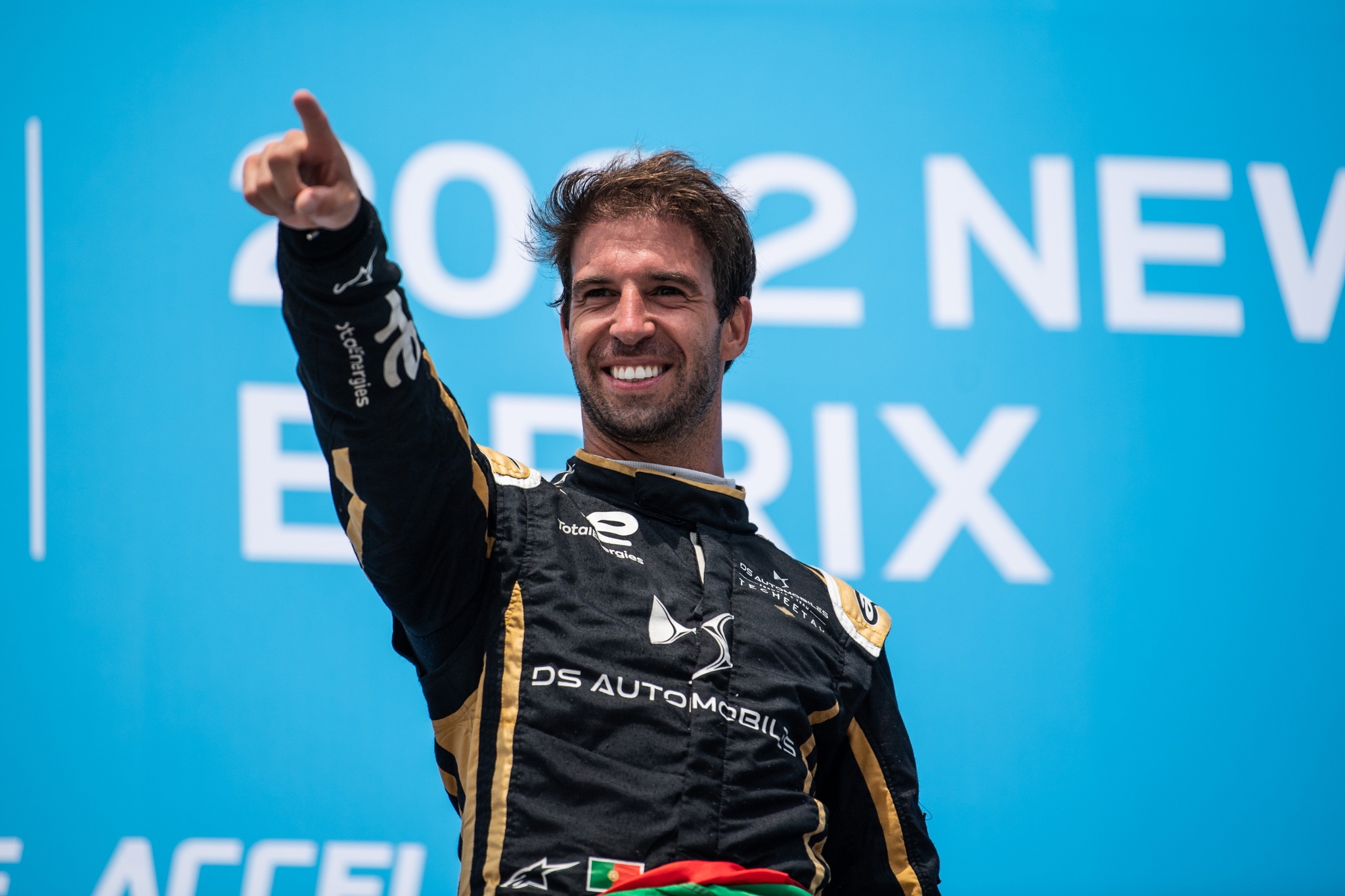 Antonio Felix Da Costa took his first win of the 2022 Formula E season at second race of the 2022 New York City E-Prix, starting on pole position and leading from start to finish despite coming under some late pressure from Stoffel Vandoorne.

After Saturday’s spectacular E-Prix, Round 12 of the Formula E season on Sunday was tame by comparison, but with Vandoorne coming second he moved into the lead of the Drivers’ Championship.

Mitch Evans finished third for Jaguar meaning he closed the gap in the title race.

Da Costa in the DS Techeetah got away well at the front and was followed by Alexander Sims in the Mahindra, who did well to keep pace with the front runners, before succumbing to Vandoorne late on.

The Jaguar of Evans almost found itself in the wall after hitting a bump at Turn 6, but the New Zealander amazingly kept the car under control and fought his way back through the pack to grab a podium.

“I love it! This is a little bit like our Monaco,” Da Costa said. “It is such an incredible city and to win here.

“I finished second and third here in the past, but to win this one today is amazing, especially given where we were coming from after such a tough start to the season.

“I love this, I love the struggle and to keep proving everyone wrong, working with my guys and keep on improving and finding ourselves better, and here we are standing as a winner this season again, amazing.

“Thank you so much to the team, Fan Boost, everybody, I love it.”

Vandoorne now leads the championship by 11 points from Edoardo Mortara, with Evans a further five points back. Jean-Eric Vergne missed out on the points again and is 27 off the lead.

With his title rivals faltering over the weekend, the Belgian goes into the final four races of the Formula E season holding a slender lead, something more remarkable after the huge crash he endured on Saturday.

“I have always had consistency,” Vandoorne said, “obviously last season with the more random qualifying format it was difficult to show, but I think this year it is possible to excel a little more.”