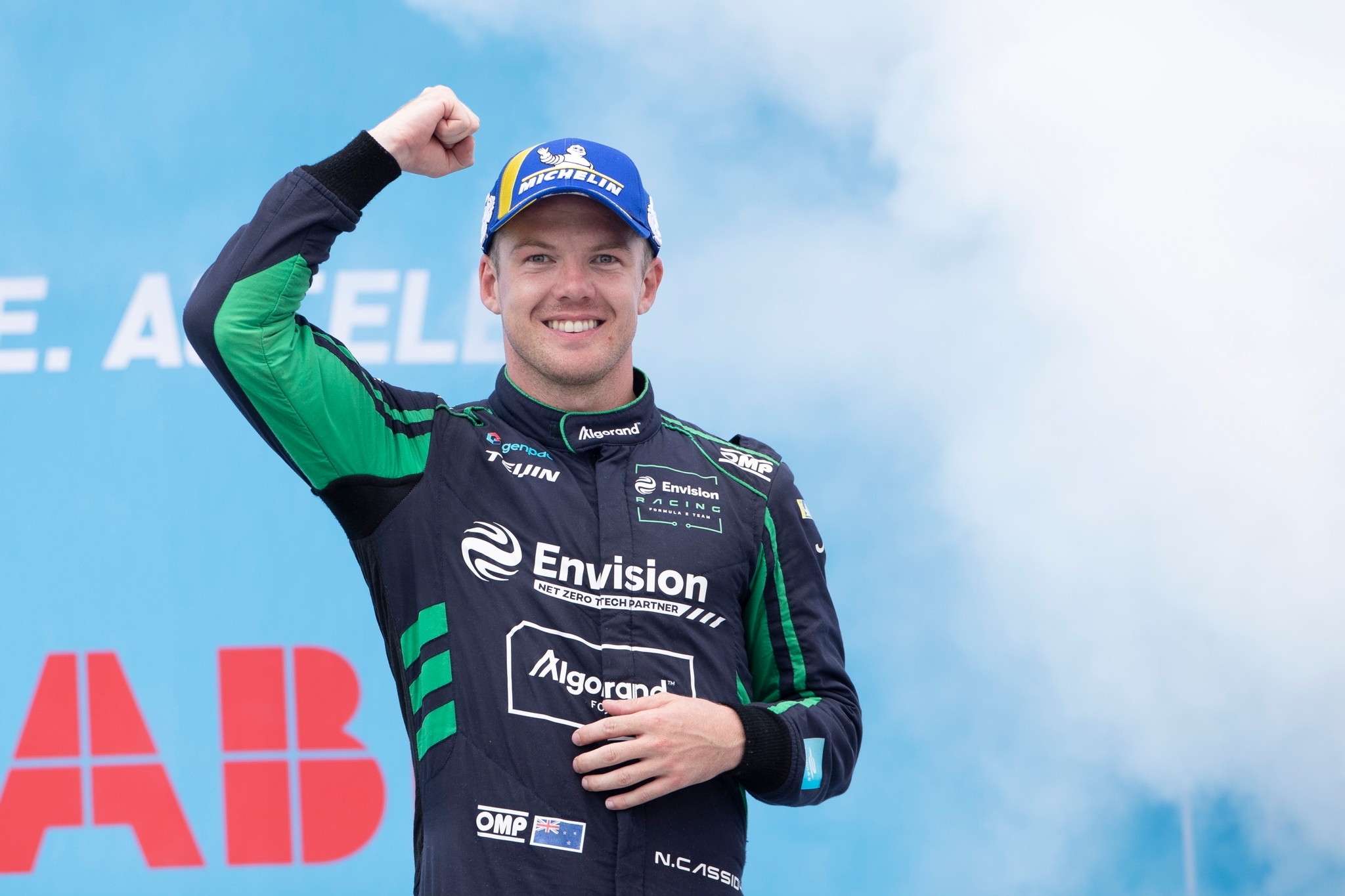 Nick Cassidy of Envision Racing converted his pole position to bag his first ever Formula E win after the 2022 New York City E-Prix was stopped due to a rain soaked track causing a huge pile up of cars.

With just 10 minutes to go in the E-Prix, a torrential rain storm hit the Brooklyn Street Circuit and was at it’s worst into Turn 6, with the leading cars of Cassidy, Lucas di Grassi, and Stoffel Vandoorne all aquaplaning into the wall.

A number of other drivers suffered the same fate and after a short Full Course Yellow, the race was Red Flagged, though there was some confusion as a number of cars had passed the crashed out leaders before the race was called off.

But, race control, as per the FIA regulations, took the classification from the previous lap and Cassidy was crowed the 2022 New York City E-Prix winner, his first in Formula E.

“It is such a rollercoaster of emotions, I was pretty calm after everything happened (but) obviously very disappointed initially,” Cassidy said after the race.

“It felt like I did everything right today, felt like it was in the bag with ten to go, then it started raining. I was initially very disappointed considering that, but – and I know I’m biased – I think it is the right decision.

“[When finding out he won] I said in the garage ‘are you sure, are you sure?!’ It is difficult for me to say too much, but I am super happy with the win and I don’t want to talk about the decision making process and all that.

“But in terms of the race the team did a fantastic job, I had a fantastic car today and I am really pleased especially after last weekend that we could come here and take the win.”

After qualifying in second position, Vandoorne was handed an excellent chance to propel himself back into the lead of the Drivers’ Championship as rivals Edoardo Mortara, Mitch Evans and Jean-Eric Vergne all qualifying towards the middle of the grid.

But it wasn’t to be as Mortara eventually finished just behind Vandoorne’s Mercedes EQ in fifth, meaning the Venturi driver actually extended his lead in the championship, though he was handed a five-second penalty for exceeding the maximum speed allowed under Full Course Yellow conditions.

That dropped him to ninth place, cutting the championship lead to five points. Evans and Vergne both failed to score any points on Saturday.