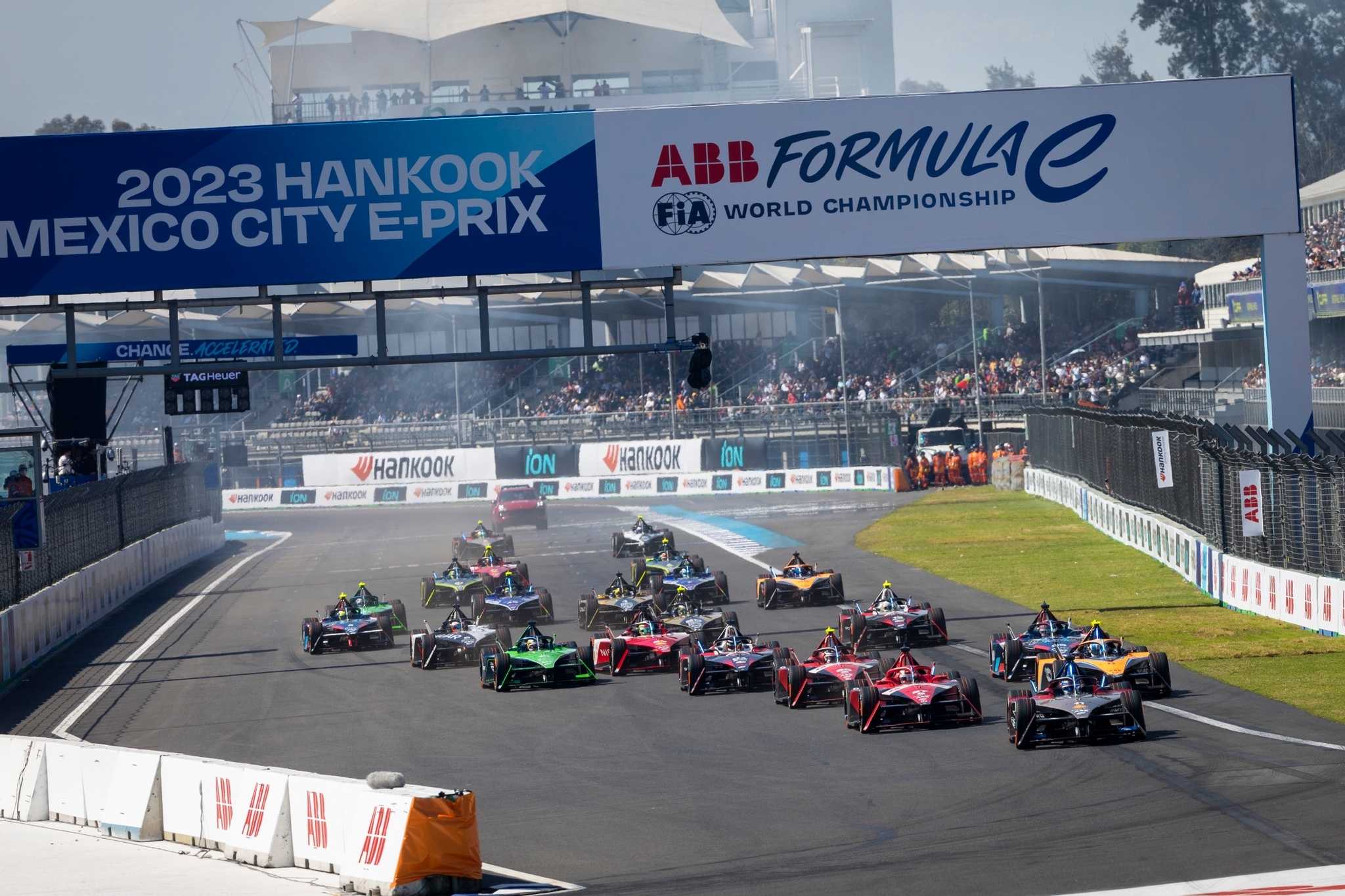 It wasn’t exactly your typical exciting Formula E race on Saturday as Jake Dennis dominated the season-opening Mexico City E-Prix. Huge credit to him and Andretti first of all.

Thinking bigger picture, Gen3 failed to seriously grab the headlines or the attention of people who might be more new to Formula E, but it wasn’t all doom and gloom either.

This season will have a close championship and many title contenders which we shouldn’t take for granted. However, it already feels like Formula E may have missed an opportunity to make a name for itself if Mexico is anything to go by.

The three safety car periods exacerbated how the E-Prix felt, but the green flag period we had in the second half of the race didn’t make you go wow.

Di Grassi discussed the possibility of the drivers not being able to follow as closely with the new car due to the faster speeds. Instead, it seems that attack mode is less effective this season.

To create overtaking, you need a big difference in speed and the lap time comparison between the normal 300kW race mode and 350kW when in attack mode wasn’t enough.

Formula E‘s new attack mode regulations mean the drivers use four minutes of attack mode during the race. They can do this in three ways: 2+2, 3+1 or 1+3 minutes.

In previous seasons, it was mostly eight minutes so the time to make an undercut or overcut was less and many drivers copied each other.

There was visibly less lift and coast too, with the hard Hankook tyre making it difficult to carry more speed through the corners than the car in front.

Don’t be surprised if there is a mid-season regulation change to the attack mode. Any tyre changes will have to wait until Season 10 at the earliest.

Dennis in a menacing mood

It was a devastatingly good drive from Dennis, reminiscent of his performance from London Race 1 in 2022 when he won on home soil.

The drivers who understood the new car and tyres best were going to come out on top. Interestingly, all the Porsche powered cars, so Andretti and the factory Porsche team, looked very good in Mexico City.

Porsche had a 1-2 at the Autodromo Hermanos Rodriguez in 2022, so perhaps there is something to do with the altitude or the conditions that favour the German manufacturer.

Dennis made the most of it and capitalised on a mistake from Di Grassi, before cruising away.

“I’m ecstatic,” said Dennis. “We came into this weekend with the unknown of where we were going to be, but we came out with the win, a front-row start and the fastest lap of the race.

“Now we focus on Saudi – it’s less than two weeks away. We’ve got a lot of work to do, but we can enjoy this one for now.”

With three percent less energy than the cars around him with a dozen laps to go, Di Grassi appeared to be in big trouble.

Pascal Wehrlein made quick work of the Mahindra driver by getting a simple move done into the new chicane down the back straight.

But, rookie Jake Hughes was perhaps found out in terms of racecraft as he struggled to get close enough on the key parts of the track to overtake Di Grassi.

Hughes took some unusual lines and wasted his energy with half-hearted moves. That said, his speed in Mexico was impressive.

Andre Lotterer is a wily, clever driver like Di Grassi and made the most of Hughes‘ inexperience by getting past on the penultimate lap as the McLaren driver was confused by a yellow flag that had changed to a red and yellow slippery surface flag.

It was great racing but it still feels like more is to come from Gen3 compared to the action we had with Gen2. All those drivers we have just talked about though were superb.

What happened to Maserati?

DS Penske and Maserati were expected to be the teams to beat in the season-opener, but they were nowhere.

Maximilian Gunther, who was fastest in pre-season testing, Jean-Eric Vergne, Edoardo Mortara and Stoffel Vandoorne all qualified outside of the top 10, with only the latter finishing in the points.

It was a big surprise as neither driver had great pace or efficiency. Perhaps every other team moved forward from Valencia and the Maserati-powered cars stood still.

The margins are still very tight too, we are talking hundredths of a seconds, but it is surely no coincidence that some powertrains fared better than others in Mexico.

Due to the high rate of learning and development, the pecking order will likely change again in Saudi Arabia. If Maserati are off the pace in Diriyah at the end of January, then there will be strong doubts about their championship hopes.

And lastly back to the cars. The FIA are set to introduce a secondary braking system in an attempt to prevent high-speed crashes that have marred the build-up to Gen3.

During Friday practice in Mexico, Mitch Evans had an unseen off which allegedly was caused by the car’s systems shutting down, so he was unable to stop before hitting the barrier head on.

Another braking system will be added, potentially from Diriyah on January 27-28, which is one benefit of Formula E having standardised parts including the brakes. It will come as much relief to the drivers.

Reliability wasn’t as big of an issue as some teams feared which is only good news as parts failing, which are not the fault of the engineers or mechanics, is incredibly frustrating and a championship shouldn’t be decided on luck.

It still didn’t feel like Gen3 was as entertaining as it could have been. You get once chance to get a new set of regulations right and to bring a new audience with a car and racing that is exciting.

Maybe we just need time to get used to this new era and the cautious from the drivers and teams played a part too. After all, it’s been one race that lasted 107km, the longest distance of any Formula E race ever.

Onwards and upwards from here, don’t give up on Formula E 2023 yet. And certainly don’t make any conclusions.