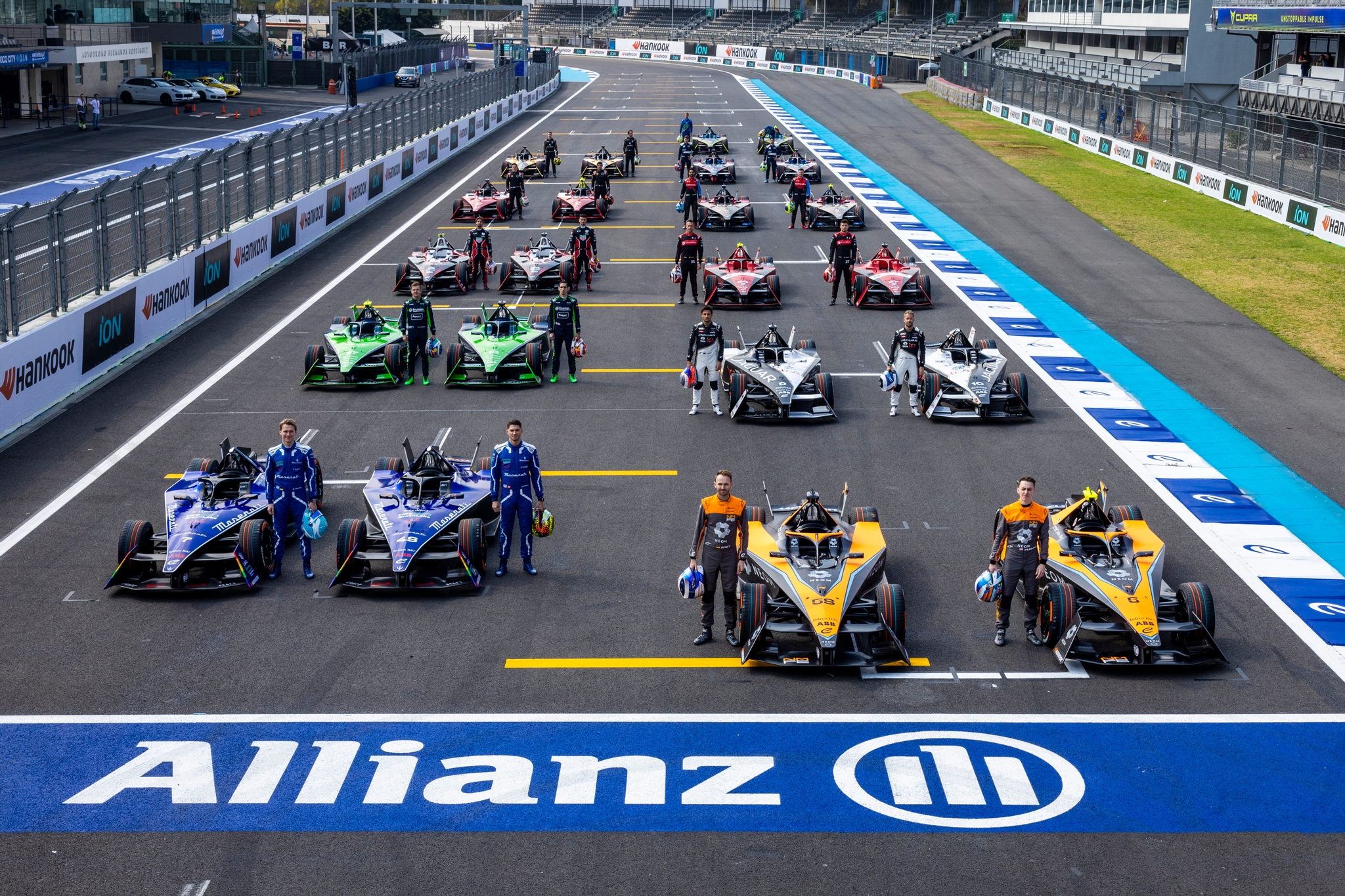 A new Formula E season is here and by new, we really mean it because we have a new venues, a brand-new car, new technology, new teams, new drivers and hopefully some good, old racing.

This is a big moment for Formula E, just like any new set of motorsport technical regulations, it needs to work, especially when there is still a lot of pessimism about the series.

Unprepared might be the best word to describe how some teams are feeling going into this weekend’s Mexico City E-Prix.

Pre-season testing was fascinating and, as always in Formula E, it should be a close season with plenty of twists and turns, maybe a few too many.

Two powertrains, rather than one, 60kg lighter, higher top speed and more regen – Gen3 is giving us a big step up in technology. However, Valencia suggested the actual lap times will not see too much difference which is a surprise.

Maximilian Gunther, who looked strong all week at the Circuit Ricardo Tormo, set the fastest time of a 1:25.127 which was only six tenths of a second faster than Edoardo Mortara‘s time from the final season of Gen2.

Formula E organisers said they expected the new car to be at least three seconds faster, but the new Hankook tyre compound is very hard and can “last a week” according to Lucas di Grassi.

Getting temperature into the tyres is a big problem and will likely change the way the drivers go about qualifying.

Rather than doing a run at the beginning and the end of qualifying, the drivers will just stay out on the track to do multiple laps.

“Downforce is pretty much zero just like the previous car,” Sergio Sette Camara told Total-Motorsport.com. “Corners there’s less grip because of the tyres and on the straights it’s faster.

“Overall, we are marginally faster on a track like Valencia. But on other tracks which don’t have the long straights, which is where this car is faster, it might be that the cars actually slower just because of cornering speeds.”

Gen3 sees Formula E steer away from the traditional rear brakes but it has contributed to problems.

Sudden shutdowns from the powertrain or the systems have caused some big accidents, including a crash for Sebastien Buemi in Valencia.

In the opening practice session for the Mexico City, Mitch Evans had an unseen off where he went head-on into the barrier. It’s not known whether this was another example of a system shutdown.

Formula E will introduce a secondary braking system later in the season that will act as a fail-safe to the comfort of the drivers.

Given the higher speeds on the straights, the last thing the drivers need is the inability to brake.

The racing in Formula E should be similar to previous seasons, so plenty of overtaking, close wheel to wheel action and some bold moves.

There are no wheel covers as the series looks to have cleaner racing, rather than some over-aggressive touring car-esque battles.

Despite the smaller car, Oliver Rowland believes the drivers won’t be able to get away with any contact.

“The racing will be less aggressive I think,” Rowland told Total-Motorsport.com. “The car seems quite brittle. If we race like we did last year, we won’t have much left of it [the car] at the end!

“Another thing we have to be careful with is the front of the car you have a driveshaft. Any contact with the wall, you may have got away with it previously. Driveshafts going into chassis is not the best thing either.”

So that is most of the technical stuff out of the way, what about who will be vying for the title?

Stoffel Vandoorne is the defending champion at the new DS Penske team. They have a Maserati powertrain, which looks like the motor to beat so far.

His teammate is Jean-Eric Vergne, a driver who has been disappointing over the last two seasons but is enjoying the Gen3 car.

“I really like this car,” said Vergne. “It’s fun to drive, a big challenge and exciting to discover a new car to try and understand the little secrets.

“There is a big room for improvement for the drivers in the way you drive it and the teams with the way you set up the car.”

Gunther and Mortara should be in the mix too going off Valencia alone, but this is Formula E and the margins are incredibly tight.

Nearly all of the championship-winning Mercedes team have stayed at what is now McLaren although the drivers are relatively inexperienced.

Rene Rast and Jake Hughes have done great things outside of Formula E though and were quickly on the pace in Valencia.

Nobody has driven on a street circuit yet and that could change the pecking order completely. For example, Porsche had a 1-2 in Mexico City in 2022, but appeared to be midfield runners in testing.

It bodes well for Antonio Felix da Costa and Pascal Wehrlein, which is a mighty line-up, whilst the Mahindra pair of Di Grassi and Rowland cannot be ruled out too. There is quality everywhere.

Don’t forget Mitch Evans, the popular Kiwi who has had so much bad luck during his motorsport career, not least in 2021 when he was favourite to become champion going into the last race, before his car didn’t get off the line.

It’s a very important eight months for Sam Bird after he failed to win a race for the first time in a Formula E season last year.

This might be a small cop-out, but there are SO many variables and questions that you might as well pick a name out of a hat when deciding who will be Formula E‘s first Gen3 champion.