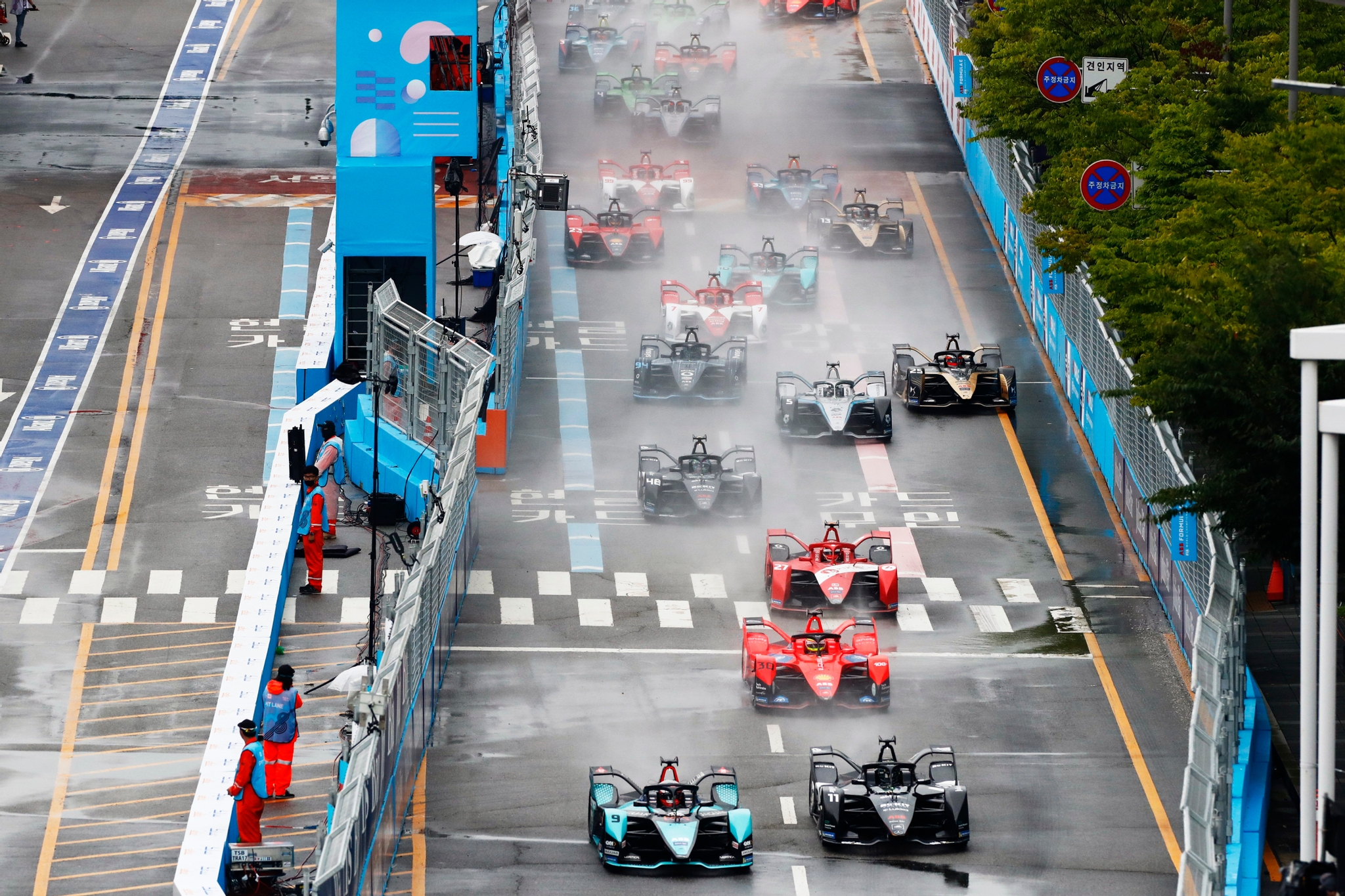 From an idea that was written on a napkin in a restaurant in Paris by Alejandro Agag in 2011, Formula E has become one of the biggest motorsport championships in the world, leading the way for electric racing.

There was a lot of discontent in the early years of Formula E. It was an easy target with some people claiming it wasn’t real racing.

Slowly but surely those critics have quietened, and rightly so, as the calibre of the drivers, the teams and, perhaps most importantly, the professionalism has grown to impressive levels.

“It’s night and day,” Andretti team principal Roger Griffiths, who has been involved in Formula E since the first season in 2014, exclusively told Total-Motorsport.com.

“I won’t say it was club racing when we first went to Beijing, but it was very basic.

“We were all very new to this type of racing, the electric car, we were only just starting to understand the energy management strategy of it all.

“Now, it’s not only what we have developed in terms of the engineering but also the way we operate as a team, how we portray ourselves, it’s a very professional sport now, probably second only to Formula 1 in its appearance.”

Formula E became a world championship last year in Season 7, but it was the introduction of the Gen2 car in Season 5 which Griffiths points out as a key turning point for the championship.

“We really didn’t have a say in the Gen1 car,” explained Griffiths. “We were kind of given it and then we had to figure it out.

“Operating two cars and doing a driver change partway through the race was not a great showcase for electric vehicles.

“With the Gen2 car you really saw the big OEMs coming in with Jaguar, BMW, Audi, and then ultimately Porsche and Mercedes joined.

“We had a say in how that car was developed and how the sporting format evolved. The racing overall got better. So I think Season 5 with the Gen2 car was really where Formula E took off.

“Up to that point, we were just kind of finding our feet and dealing with the equipment that we had at the time.

Audi, BMW and Mercedes have all left Formula E in the last 12 months but they have all been replaced with a 24-strong car field for the 2023 season.

According to Griffiths, it’s not just the drivers who now see Formula E as an end goal, but engineers and team personnel.

“There’s a lot of very talented people across all disciplines in Formula E now and it’s really seen as a destination, rather than as a ‘well, if I can’t make my career work here I’ll go and do Formula E‘,” continued Griffiths.

“It doesn’t matter whether you’re a driver or an engineer or whatever, people actually stop and think about Formula E is where they prefer to be. It’s very strong with a lot of OEM’s in the sport, it has a very bright future.”

Antonio Felix da Costa, who has joined Porsche for 2023, says “everyone was surprised” at the initial growth of Formula E and believes the most important aspect is to have a good show at every E-Prix.

“The events itself are huge now,” said Da Costa. “They are well organised with a lot of people, a lot of attention.

“In London, with the music and the atmosphere, it was one of the best events we’ve ever had.”

What’s next for Formula E?

It’s quite clear Formula E has well and truly landed in the motorsport world, but what’s next? How can the series continue its growth?

Alexander Sims, who left the championship after the final races in Seoul, needs to figure outs its next step.

“It does feel like things have stalled a little bit with the championships and momentum,” said Sims.

“But I’m not to understand what needs to be done to tweak the format so that it does go to that next level. I’ve no idea.

“I would say that probably from from some point of view can be improved further because it had a crazy rise up in Seasons 5 and 6 but now it’s a little bit stagnated, I would say in its global positioning in sport.

“Obviously there can’t be 50 sports that are like F1 because then it dilutes it massively so it’s an interesting time.”

It brings us onto the Gen3 car which could be the key for Formula E to find that next step. Talking to the drivers, they are all naturally excited about a car that can reach nearly 200mph with a regenerative capability of 600kW which is more than twice of its predecessor.

Will that make more fans watch? Perhaps not. You only have to look at IndyCar to see that fast cars don’t necessarily equate to a bigger audience.

Getting the calendar right is pivotal. Having events at a similar time of year each season and being as close to the heart of the city as possible.

Then, there is the simple matter of scheduling an event around F1. London was a perfect example.

Both London E-Prix races took place when F1 qualifying and the race was going on at the same time. Due to F1 being 72 years old versus Formula E which is still in its childhood, people will flock towards the former which has had time to establish itself.

Ideally Formula E should take place on a separate weekend to F1. If this is unavoidable, at least put it on at a different time to the F1 action.

It’s about getting those basics right because as Jaguar team boss James Barclay says, Formula E is in a great place and has the built a brilliant platform.

“Every year it gets tougher,” explained Barclay. “The championship gets closer the competition gets closer. It’s the most competitive series in the world.

“Every single driver is professional, we have the only fully professional driver line-up in the world in Formula E. The strength and depth is phenomenal, we have a world class grid.

“I think we have more manufacturers here than anywhere else so we’re just seeing the competition around that, a convergence in the field.

“The new qualifying format has created meritocracy, we’re seeing the best drivers and teams at the front.