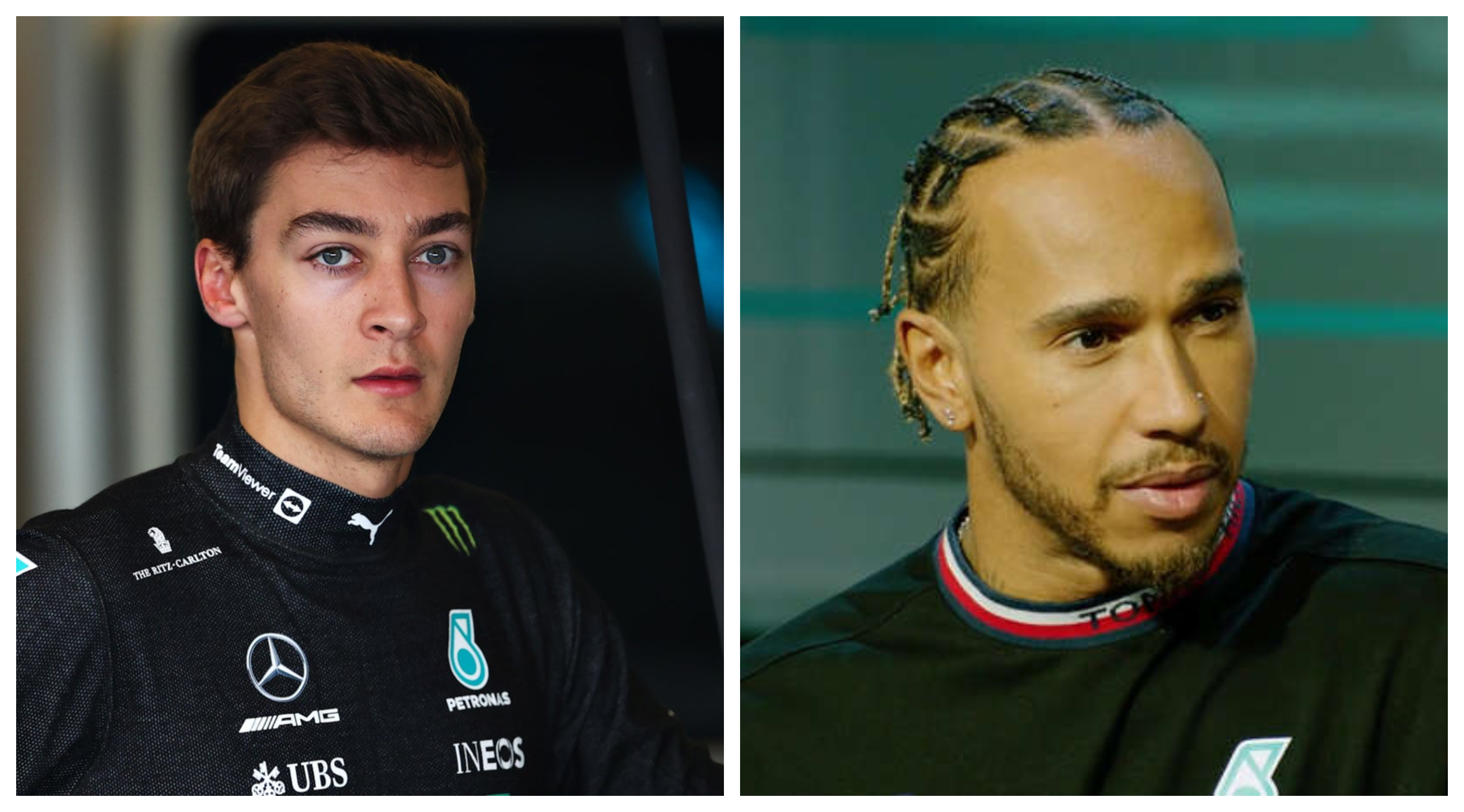 George Russell faces a mighty challenge this year up against Lewis Hamilton at Mercedes and is not expected to have the upper hand over his seven-time World Champion teammate. However, nothing is straight forward in Formula 1 and occasionally a new up and coming driver can cause a surprise.

Most young drivers who become teammates with a multiple World Champion struggle to beat them and can even have their careers damaged.

The reputation of a driver is vital in F1 so it’s a huge task for a driver to cause a shock against an experienced and decorated teammate.

But, there have been instances when a champion is stunned and a future superstar makes their big breakthrough.

Michael Schumacher famously burst onto the F1 scene at the 1991 Belgian Grand Prix for Jordan, which led to Benetton finding a strategic loophole in the German’s contract to quickly sign him for the next event at Monza.

Nelson Piquet was not happy with the situation and his mood didn’t improve when Schumacher out-qualified him in just his second F1 race.

Schumacher went on to outqualify Piquet at the next three races and also proved to be a match for the three-time World Champion on race pace.

Whilst Piquet was past his peak, for Schumacher to come in and beat him on pure pace was one of the first signs of a driver who would go on to become one of F1’s all-time greats.

Alain Prost persuaded McLaren team principal Ron Dennis to sign Ayrton Senna ahead of the 1988 season, and it’s a move which, with hindsight, he may have regretted.

Despite not being World Champion, Prost was seen as the number one driver in the sport at the time and was expected to have the upper hand on Senna over the course of a season.

However, Senna‘s incredible speed came out on top against the smart, methodical approach of Prost.

Prost led the championship at the halfway mark of the season, but a run four consecutive victories for Senna put him ahead in the title race and he would go on to become World Champion due to the points system which saw only the best 11 results count.

Senna scored a record-breaking 13 pole positions, as well as a record eight victories on his way to his first title.

One of the biggest upsets in F1 came during 2007 when rookie Lewis Hamilton beat Fernando Alonso.

Alonso had just won his second World Championship and joined McLaren as the team’s number one driver.

But, Hamilton had other ideas and stamped his authority on F1 by going around the outside of Alonso at the start of his first race at the Australian GP.

Hamilton took the lead of the Drivers’ Championship after his maiden win after an impressive drive at the Canadian GP.

Despite an inter-team feud, including an espionage scandal and alleged blackmail, Hamilton kept his cool, even when tensions reached breaking point at the Hungarian GP when Alonso intentionally prevented the British driver from completing his final Q3 run.

The rivalry was one reason why both drivers narrowly lost out to Kimi Raikkonen in the title race, but Hamilton proved he had the makings of being a special driver.

Sebastian Vettel was on a high, having just won his fourth world title for Red Bull, but things quickly changed when Daniel Ricciardo joined the team in 2014.

Vettel struggled to get to grips with the new aerodynamic and engine regulations, whilst Ricciardo had a breakthrough campaign.

The Australian qualified in second place on home soil in wet conditions, behind the dominant Mercedes of Hamilton, and carried that confidence into the remainder of the season.

A maiden win came in a thrilling Canadian GP, before two more outstanding drives in Hungary and Belgium to take his victory tally to three.

Ricciardo was the only non-Mercedes driver to stand on the top step of the podium that season, whilst Vettel was not able to understand why he was off the pace.

At Suzuka, Vettel announced he would leave Red Bull at the end of the year to join Ferrari, so Ricciardo naturally become the new figurehead driver for the team.

In his second race for the team, Leclerc took pole position at the Bahrain GP and was on course to win the race before an engine issue caused him to lose power.

Leclerc won Ferrari‘s first race of the season with a dominant display at Spa-Francorchamps, on the same weekend when his good friend Anthoine Hubert lost his life in the Formula 2 feature race.

He backed it up with victory at the Italian GP a week later to give Ferrari their first win at Monza in nine years.

Over the season, Leclerc and Vettel were evenly matched, although the Monegasque driver finished ahead in the standings.

But for a driver with less than 10 times experience of his four-time World Champion teammate to be on par was very impressive.